The fact was recorded on Friday night around 9:50 p.m. at the intersection of 25 de Mayo and Adolfo Alsina streets, in the jurisdiction of the aforementioned district of the northern area of ​​Greater Buenos Aires, where Luis Rojas worked in a sentry box as neighborhood security personnel.

Judicial and police spokesmen reported that, at a time when Rojas was about to replace another guard in the guard, His son, with whom he had long-standing problems, arrived at the place, accompanied by his girlfriend.

The man He began to be rebuked by the couple and then he was physically attacked by both, from the mentioned corner to the middle of Alsina street.

The custodian’s son continued to beat his father with a stick approximately one meter long, until the man fell to the ground and in those circumstances, the aggressor held the neighborhood security employee by the arms and extracted a blade, after which he stabbed the neck on the right side that caused his death on the spot and after the crime, the couple fled on foot towards Maipú Avenue.

Police station 5th. Vicente López went to the scene after being alerted to 911 of the fact, and when they arrived they found Rojas lying on the asphalt where a medical examiner summoned confirmed the death of the victim and informed in a preliminary manner that Rojas died as a result of a short stab wound to the neck which affected the aorta, jugular and subclavian arteries, which caused a lung collapse accompanied by hypovolemic shock.

Prosecutor Alejandro Guevara intervened in the case, in charge of the Functional Unit of decentralized Instruction of Vicente López Oeste, who ordered the presence of the experts of the Scientific Police at the crime scene and summoned the detectives of the Departmental Directorate of Investigations of that jurisdiction to work together with the personnel of the police stations in the area in the search of the suspects of the homicide. 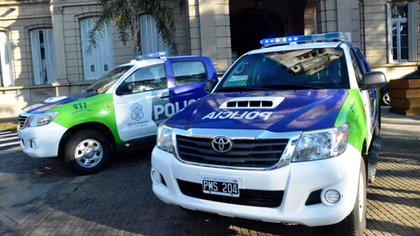 Police station 5th. Vicente López went to the scene after being alerted to 911 of the fact. The victim’s son and his girlfriend were arrested in the Nuñez neighborhood

From the survey of the security cameras from the Vicente López Monitoring Center, the troops established that the defendants had fled to the Federal Capital, for which they requested the collaboration of their peers from the City Police. Staff of the Neighborhood Police Station 13B joined the search for the accused couple and managed to obtain new images, where both get on a bus on Cabildo and Pico avenues, heading towards downtown Buenos Aires.

As a result, an alert was issued in the area and finally at 0.30 this Saturday they were intercepted at the corner of Avenida Libertador and Vedia, in the Buenos Aires neighborhood of Núñez, where they were reduced by City Police officers without offering resistance.

The suspects They were identified by the Police as Luis Jeremías Rojas and his girlfriend Celeste Miriam López and according to what the sources informed Télam, both had apparently hematic spots on their clothes and a blister containing 25 pills was found.

The prosecutor Guevara endorsed the urgent apprehension of the couple for the crime of “homicide aggravated by the bond “, while the proceedings in the City of Buenos Aires were carried out by the 51st National Criminal and Correctional Court, in charge of the Judge Graciela Angulo de Quinn.

According to the researchers, Rojas and her son had a bad relationship for several years, which has worsened recently.

Meanwhile, the prosecutor Guevara asked to convert the apprehension of Luis Rojas and his girlfriend into detention, while He hopes to investigate them both in the next few hours and also he was awaiting the preliminary report of the autopsy to the body of the custodian. 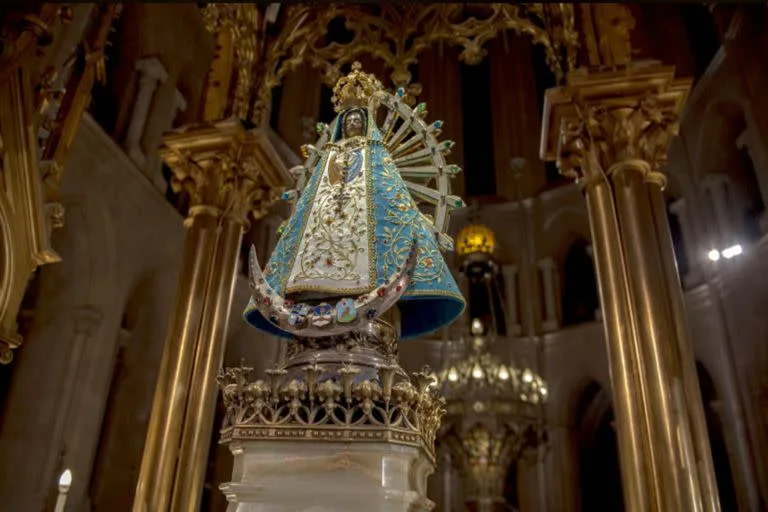 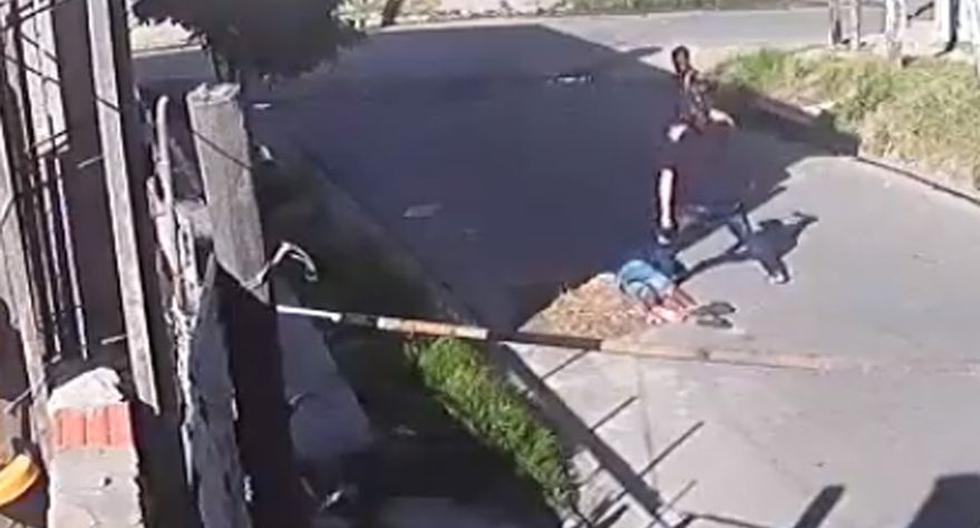