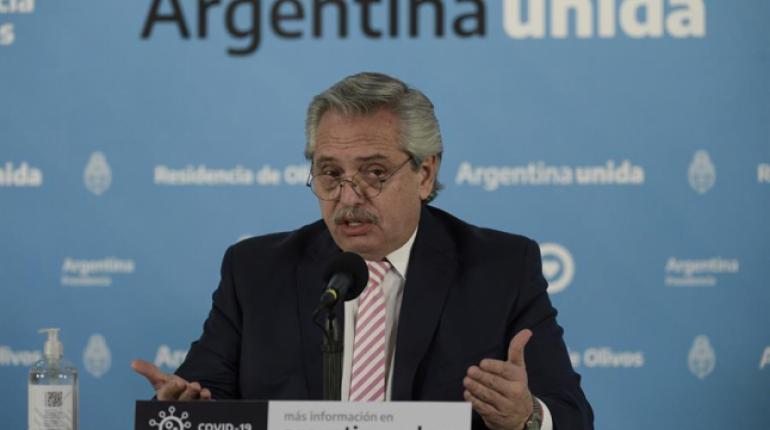 Argentine president tests positive for Covid-19 despite having been vaccinated

After being discharged last Thursday, Jorge Lanata he was admitted to the Favaloro Foundation. “Mr. Jorge E. Lanata was admitted tonight on a scheduled basis, for the adequate preparation of the treatment of a cardiac arrhythmia, and angiographic evaluation of an arterial disease of the lower limbs, which will take place in the early hours of Monday morning. The duration of the hospital stay will be subject to the diagnostic findings of the procedures to be carried out, and the treatments that are established in a timely manner “, reads the statement. 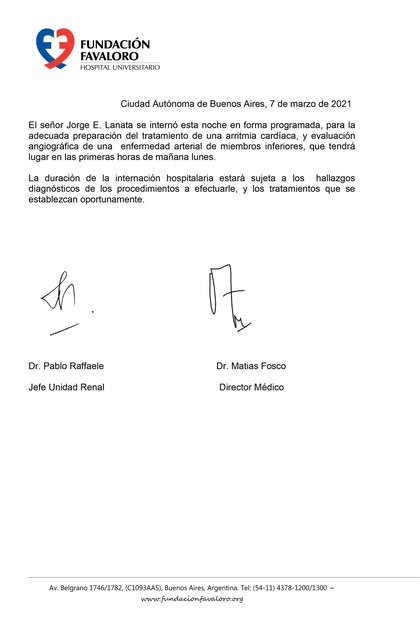 The statement from the Favaloro Foundation

On Tuesday of last week, the journalist had been transferred to that medical institution for routine tests. As a precaution, a corresponding swab was also carried out to rule out that he had contracted coronavirus, which finally tested negative. “COVID-19 infection has been ruled out and the patient receives antibiotic treatment due to a skin infection in the left lower limb. The clinical evolution is very satisfactory “, it was reported at the time. The driver is a patient at risk due to the kidney transplant that he underwent in 2015.

On Wednesday, it was Gonzalo sanchez who replaced him in the conduction of his already classic program Lanata without filter, for Radio Miter. “Here I am, banking the rags. Here, my boss is with his checks and questions and I am a kind of (Sergio) Goycochea, I have the diver ready and when Lanata is without a filter, I am doing the warm-up. As a good journalist Goycochea I am going to leave everything, as I did in the summer while my boss does what he has to do ”, He said making an analogy with the performance of the former goalkeeper in the World Cup in Italy 90, in which he was second substitute and entered with a great performance. At the start of the program itself and before starting with the present, the driver had explained: “Jorge is at Favaloro to undergo a series of studies and preventive checks, we are going to inform. Jorge is fine and we are all in contact with a chat “.

In 2019 he was hospitalized five times. The first time he was in the hospital for 15 days, due to gastroenteritis. Later he contracted other viruses (conjunctivitis and influenza A). And in September of that year he suffered a fall at the door of the radio that was decisive for him to put his work activity on hold. In the early days of 2020 Lanata had a successful kyphoplasty at New York Presbyterian Hospital. It was a short, outpatient procedure, under local anesthesia, and he was promptly discharged and returned to the country. 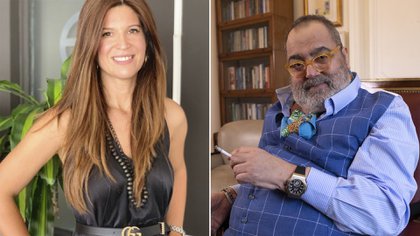 Lanata and his girlfriend Elba Marcovecchio

In love, the journalist is in a relationship with the lawyer Elba Marcovecchio. In recent days, there were wedding rumors, which the protagonist himself was in charge of clarifying. “We need to talk seriously. Is it true that you are getting married? ”, He wanted to know Maria Isabel Sanchez in the traditional pass of Radio Miter, waiting for an affirmative answer. “Do not. It is not in my immediate plans ”, replied the driver, who also assured that he hates parties. Some time ago, the lawyer spoke of the courtship with the driver, but without going into many details: “We met for a professional matter of mine, for an issue that I am working on a lot, which is an image issue, image rights ”.