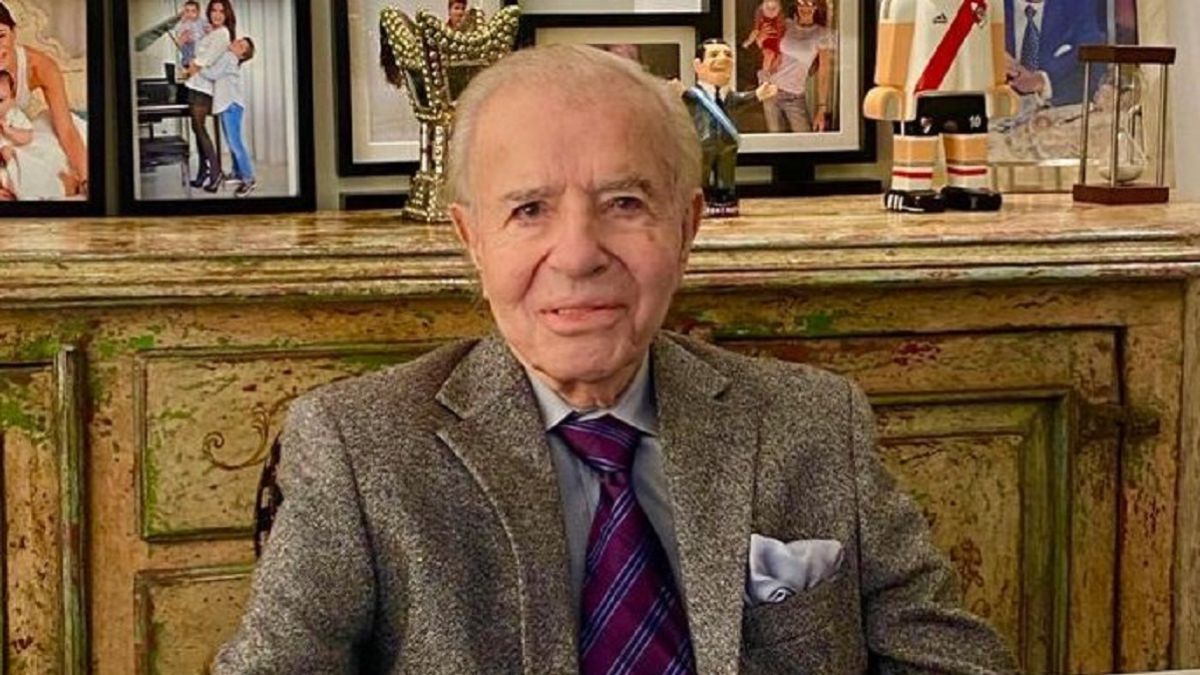 Adrian Cabrera, a 32-year-old man with a criminal record, was arrested this Wednesday by personnel from the 10th police station of that district of the southern suburbs accused of having stabbed Juan Yuri Conde Lozano to death on April 28.

It was during an assault on the shoemaker’s shop, in the Buenos Aires town of Ingeniero Budge, Lomas de Zamora.

At the time of being arrested, the accused had changed his appearance so as not to be recognized, but the work of investigators through security cameras managed to identify and locate him while he was walking on public roads. The man had managed to escape from his home in Engineer Budge before a raid carried out days ago.

Investigators from the Lomas de Zamora Police Station and the 10th police station. of that jurisdiction established that the accused he had logistical and financial support from one of his uncles, nicknamed “Joselo” and syndicated as one of the leaders of the bar of the Club Atlético River Plate.

“Joselo” had different properties in the province of Corrientes and in one of them Cabrera would have hidden himself, until days ago he returned to Ingeniero Budge and spent the nights in different places.

Then they determined that the suspect was going to leave this Wednesday to make purchases on Olimpo Avenue, so the agents were distributed in nearby blocks. Finally, in Olimpo and Lavarden the troops arrested Cabrera, reported a police source.

According Telam, the prosecutor in the case, Lorenzo Latorre, in charge of the Functional Unit of Instruction 3 of the Judicial Department of Lomas de Zamora, will investigate the man today for the crime of “robbery aggravated by the use of weapons and homicide.”

The shoemaker was murdered within his own business.

The incident occurred around 3 pm on Wednesday, April 28, in a shoe store located in Isaac Newton at 4000 in Ingeniero Budge, where the victim also sold threads and machine spare parts.

That day, merchants from neighboring businesses were surprised to see a young man wearing a Boca Juniors T-shirt running out of the business, so they immediately approached the premises. Upon entering, they found Conde Lozano lying on the floor near the bathroom and with blood around him, after which they called the 911 emergency number.

Members of the local Patrol Command went to the store and confirmed the death of the man, who presented three stab wounds to the neck and they also established the lack of cash in the box, so the first hypothesis that the investigations handled was that the shoemaker suffered a robbery that led to the homicide.

Experts from the Scientific Police worked at the crime scene under the directives of the prosecutor Latorre, who ordered the survey of security cameras located in the area that ended up identifying the accused.

Alexa, the victim’s daughter shared her grief with a video posted on her Facebook profile, in which she remembered him with a series of photos of the moments they spent together.

“Daddy, I’m going to miss you a lot. Take care of your grandchildren and me please. Protect us from the sky. I love you daddy I have no more words to say to you daddy. I had many plans with you daddy. I already wanted to hug you and spend more time with you. I love you daddy ”, wrote the young woman, who lives in the Bolivian city of Santa Cruz de la Sierra.