Second round of Russian vaccine against coronavirus arrives in Argentina

Argentine President Alberto Fernández defended on Tuesday officials who were vaccinated against the new coronavirus despite not meeting the requirements established by the vaccination plan and pointed against justice for his investigation of the scandal that cost the Minister of Health his job.

“When I took note of what had happened, I reacted and lost a minister,” Fernández told reporters in Mexico City, referring to the step aside that Ginés González García had to take on Friday as head of the Health portfolio.

Fernández made a visit to Mexico during which he met with his partner Andrés Manuel López Obrador, with whom he led a press conference.

The minister had to resign after it was revealed that a journalist, lawmakers and others close to the Fernández government had discretionary received the Russian Sputnik V vaccine.

As the days went by, that list was increasing and the day before the government released a list of 70 people -among a former president and his family, ministers, second-line officials, diplomats and political leaders- who were immunized, the majority at the Posadas state hospital.

Fernández acknowledged that González García’s attitude merited his departure but questioned the judicial investigations of which he is the subject.

“Let’s get the clown over. I ask the prosecutors and judges to do what they must. There is no type of criminal offense in Argentina that says ‘he who vaccinates someone who was ahead of the line will be punished’ and crimes cannot be gracefully constructed,” he said.

This same Tuesday, the director of the Posadas hospital, Alberto Maceira, acknowledged in court that he had been summoned last week by the now former official to vaccinate a dozen of his close associates in the Ministry of Health, a procedure outside the established protocols

“If they want to work, there are many crimes to investigate,” said Fernández in reference to the “unfortunate debt of Argentina that was a business for the friends of power” and other alleged mismanagement that he attributed to the government of his predecessor, the now opponent Mauricio Macri ( 2015-2020).

The president justified that among the 70 people included in the list are Vice President Cristina Fernández de Kirchner, governors and mayors who, he said, had to be immunized to generate confidence in the public after the opposition described the Russian vaccine as a “ poison”.

He also pointed out that if “there are more people responsible” for irregularities in the vaccination plan, “those who have to go will have to go, but I will not take charge of the public derision that they are promoting without measure.”

The block of deputies of the opposition force PRO responded to these statements by stating that “Fernández runs amok over and over again in the face of crises and forgets that he is the first magistrate of the Nation, that his interference in the other powers of the State weakens the democracy for exceeding its constitutional powers ”.

A survey by the consultancy Management & Fit indicated that almost 61% of the population believes that there is no adequate planning to carry out the vaccination and 71% agreed that all officials who received the vaccine irregularly should resign. The poll comprised 1,500 people and has a margin of error of 2.5 percentage points.

At the time of receiving the dose, many of the people included in the list did not meet the requirements set by the government in the vaccination plan that passes slowly: be health personnel and over 60 years. And if they were due by age, it is reproached that they have not registered in the shift system like the rest of the citizens.

Second-line officials from the Health and Economy ministries appear on the list, who are not older than 60 years, to whom Fernández did not refer.

A publicist, a former mayor, two journalists and a media businessman along with two family members were also immunized.

The so-called “VIP Vaccination” scandal jumped on Friday after a renowned journalist revealed that he had called the Minister of Health to get vaccinated and that he had summoned him to the ministry to receive the dose together with two government legislators.

The government argues that, according to a decree, national officials are considered strategic personnel and therefore it is their responsibility to receive the vaccine. However, not all ministers were vaccinated.

The government summoned the National Immunization Commission to establish from now on a specific definition of what is strategic personnel and which of those who make up that group should be vaccinated.

To resume the initiative in the midst of the scandal, a plane of the flag airline left China on Tuesday to bring the first doses of the vaccine developed by Sinopharm in collaboration with the Beijing Institute of Biological Products to the South American country.

The vaccines – a total of one million doses – will be given to teachers, the government announced in a statement. The face-to-face classes began last week in the Argentine capital and three other provinces.

The health authorities endorsed the application of Sinopharm for the elderly up to 60 years of age.

Similar scandals caused by the discretionary application of vaccines have occurred in neighboring countries such as Peru.

So far in Argentina, more than two million cases of coronavirus and more than 51,000 deaths have been registered, according to the Johns Hopkins University Center for Science and Systems Engineering. 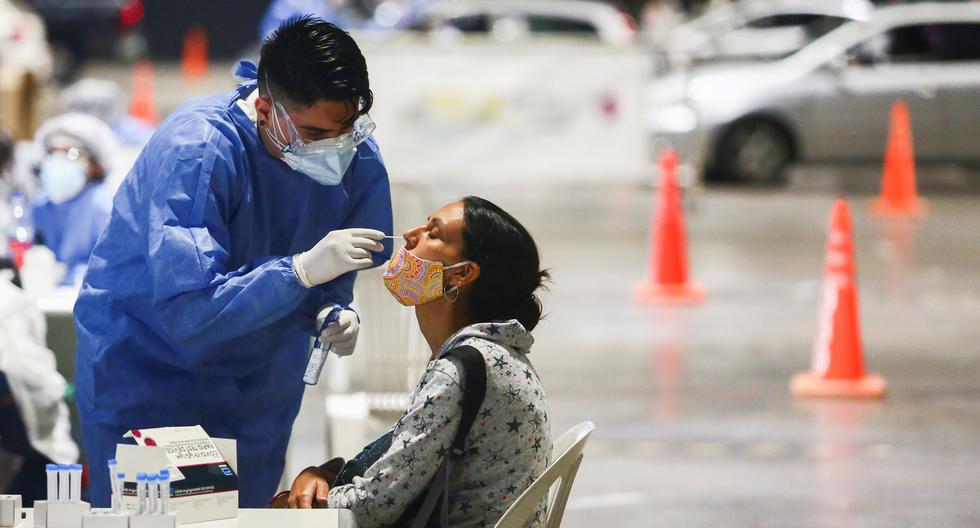