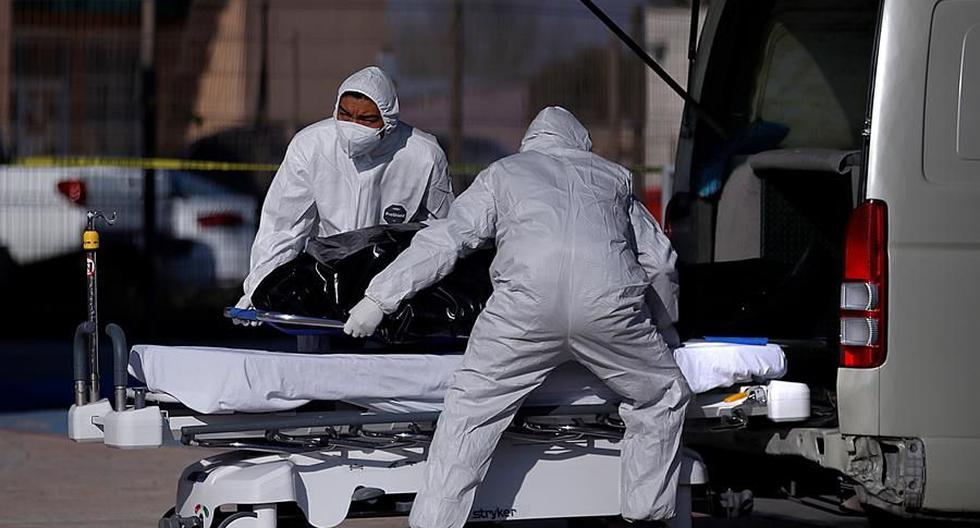 Chile: Valparaíso Hospital alerts of the collapse of its morgue due to coronavirus; corpses are in the hallways

Black fungus (mucormycosis), which attacks those who suffer or suffered coronavirus, its first victim has been identified in Argentina.

The data was confirmed this Friday by María Luján Cuestas, director of the Laboratory for Research and Development in Mycology (LIDeMi) of Impam, and a member of the Mycology Center of the Faculty of Medicine and Conicet.

It’s about a 35-year-old man who had coronavirus, with a history of diabetes, who remained hospitalized in a clinic in Lomas de Zamora and who died in the last weeks of May, but his death was reported this afternoon.

In India, more than 9000 patients were diagnosed with a fungal infection popularly known as “black fungus”, most of whom suffered from uncontrolled diabetes.

From the Buenos Aires Health Ministry, they specified that it is an “opportunistic disease, that is, it affects people with very low defenses, and what can happen in people who stay in therapy for a long time”, and they clarified that “Mycoses are not mandatory notification, they can be registered in the SISA (Integrated Argentine Health Information System)”.

The doctor Roxana Gabriela Vitale, researcher at Conicet and head of the Mycology Sector of the Parasitology Unit of the Ramos Mejía Hospital, in the City of Buenos Aires, detailed that “uncontrolled diabetics, patients treated with high doses of corticosteroids and people with low defenses are prone to contracting this rare mycosis, which is usually detected late, difficult to treat, and whose evolution is very fast and fatal”.

As Vitale observed, “It is not by chance that the increase in the incidence of mucormycosis has occurred especially in India, country that is the second in number of diabetics in the world”, and where “the co-infection of Covid and mucorales (fungi) represents 83% of the cases globally”.

After India, isolated patients were detected in Uruguay, the United States, Brazil, Mexico, Spain, Italy, Austria, Iran and, more recently, in Argentina, where, according to Center of Mycology of the Faculty of Medicine of the UBA, at least three cases were registered.

Vitale, one of the authors of the latest version of the Atlas of Clinical Mycology describing more than 700 species of fungi that cause fungal diseases, indicated that “it is important to become aware of fungal coinfection in patients with Covid-19 and to focus on whether or not there is a previous comorbidity.”

The black fungus belongs to the order of the mucoral hyaline fungi in which different genera and species are grouped such as Mucor, Rhizopus, Lichteimia or Cunninghamella, among others.

Vitale explained that “the fungus penetrates the blood vessels and can cause tissue necrosis or death – hence it is identified as ‘black’ due to the effect it leaves on the skin-, affecting the paranasal sinuses, the orbital region and even the brain”.

The doctor stressed that Mucormycosis is not a new disease and is not only related to diabetic patients who enter ketoacidosis (high levels of acidity in the blood), but also in those who present some type of immunosuppression such as those who have cancer under treatment with chemotherapy, with autoimmune diseases or who suffered severe burns.

The researcher commented that “it is important to become aware of fungal coinfection in patients with Covid-19 and to focus on whether or not there is a previous comorbidity”, since “one must be attentive to the appearance of any symptoms, even when the patient has been discharged after having been hospitalized for a long time and having received corticosteroid therapy”, Vitale pointed out.