The fire that broke out two and a half weeks ago near the town of El Bolsón, in Argentine Patagonia, is “contained but not controlled”, due to the extreme weather conditions that hinder the work of extinction, official sources reported Tuesday.

Speaking to Radio Provincia, the Argentine Secretary of Environmental Control and Monitoring, Sergio Federovisky, assured that the situation “is a little less serious than in recent days, but it is still worrying.”
“There is a certain degree of relief, because the temperature dropped a lot and that favors in a certain way the possibility of fighting the fire, but the issue of being able to say that it is under control is still far away,” said the official.
According to the latest report from the Ministry of Environment and Sustainable Development, this fire is the only one that remains active in the country, which means that it spreads freely and can still grow.
To date, the fire has destroyed a total of 9,856.8 hectares of land and there are more than 250 workers working to mitigate it, among workers from the province of Río Negro, where El Bolsón is located, and others from the rest of the country .
In fact, this same morning another 41 brigadistas arrived from the north to, according to Federovisky, replace and give “a little rest to those who had been working without ceasing for 14 days.”
Likewise, four helicopters operate over the area -three water and another for personnel transport- and three seaplanes, an “adequate” endowment, in the opinion of the person responsible for Environmental Control and Monitoring, as they are the means recommended by the technicians to “face this situation”.
“At this moment, all efforts are put into trying to contain the situation and reduce it to the minimum possible. Any hectare is worrying, but the main objective was set and continues to be to prevent not only the spread, but that eventually the fire can reach some of the populated areas that are down the hill, on the hill where the fire started, “said Federovisky.
In this sense, the official admitted that although the threat to those areas with population is less compared to last weekend, it is still not known what may happen, since “the wind can change radically and could generate a threat. additional”.
“As long as there are active and threatening foci and as long as the climatic situation does not change radically, in the sense of not only a drop in temperature, but also the possibility of some rain, we do not believe that it will be controlled,” he stressed.

THE ORIGINS OF FIRE

At the moment, the exact details about how this fire originated on January 24 are unknown, but the first judicial investigations point to a social meeting in one of the neighboring neighborhoods of El Bolsón, where the attendees did not put out a barbecue properly .
“It was an absolutely criminal act, if it is how it is related, of people who made a barbecue and left. The results are thousands of hectares burned several kilometers from the place where the fire started, which gives an idea of ​​the dryness in which there is this area at the moment, and the potential risk that means not putting out a fire properly, “said the secretary of Environmental Control and Monitoring.
In any case, for the moment the authorities are not considering evacuating the populations near the fire, although “of course” they would do so in case the fire flares up.
According to the latest data from the Ministry of Environment and Sustainable Development, the country has lost a total of 26,157.78 hectares of surface area due to fires since the beginning of this year.

According to the rating agency Moody’s, the Argentine economy was the one that fell the most among G20 countries and the one that will grow the least in 2021 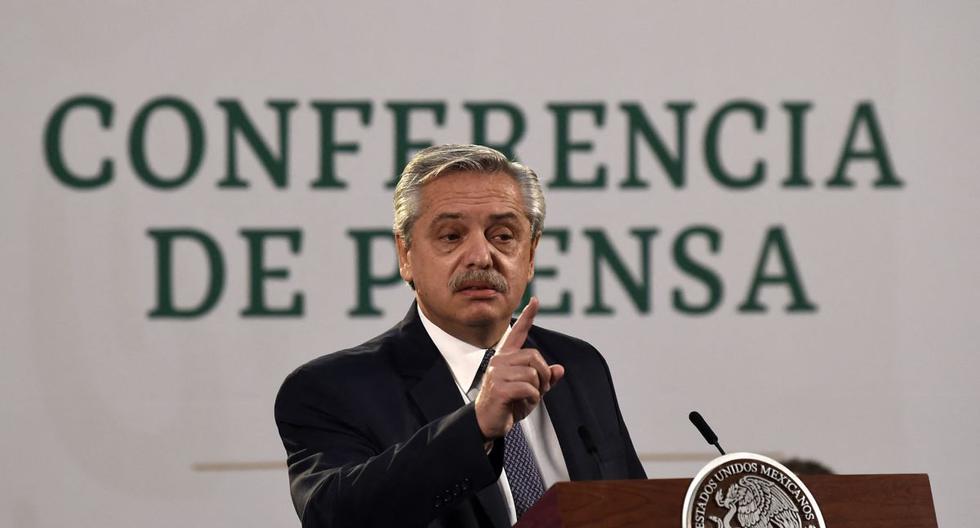 VIP Vaccination Scandal in Argentina, a stronger blow than thought