The woman who died in police custody in the Mexican resort town of Tulum after being brutally subjected in a manner reminiscent of the death of African-American George Floyd in the United States, she was from El Salvador, confirmed the authorities of that Central American country.

“Yes we are in contact with the relatives of the Salvadoran woman who died in Tulum, Quintana Roo, Mexico, in an event that is being investigated. Through our Embassy of El Salvador we are doing all the pertinent procedures before the Mexican authorities”, Salvadoran Foreign Minister Alexandra Hill Tinoco indicated on social networks this Sunday night.

“To the victim’s family We reiterate the full support and accompaniment of the Government of President Nayib Bukele. Our prayers are with loved ones of our compatriot”, added Hill Tinoco.

After a woman was subdued and allegedly murdered by elements of the municipal police in Tulum, the Quintana Roo Attorney General’s Office reported that initiated an investigation folder related to the homicide to the detriment of said person.

“Homicide prosecutors and agents carry out investigative acts. Municipal Police are already interviewed about what happened. (Information in process)”, announced the Prosecutor’s Office of the state located in the southeast of the country on its Twitter account. 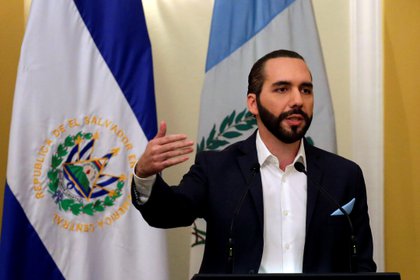 The Bukele government has already communicated with the relatives of the murdered woman in police custody and provided them with all its support.

Later, in a formal statement, the local Prosecutor’s Office detailed that “from the first moment in which it became aware of the events that occurred in the municipality of Tulum related to the homicide of a victim with a private identity, in which elements of the police probably participated municipal council of that locality, prosecutors attached to this social representation activated the action protocols and started the investigation folder”.

At the moment, prosecutors from the Public Ministry have obtained interviews with four public servants -three male and one female- from the police corporation of the municipality of Tulum

In addition, they remarked that Experts from various disciplines such as Anthropologists, Criminalists, Photography, Fingerprints and Forensics, among others, collect all the indications and evidences. “Once the results of said test data are obtained, they will be incorporated into the research folder so that the legal actions derived from it are taken,” they completed.

“The Attorney General of the State of Quintana Roo guarantees that there will be no impunity for those who participated in the death of the victim and that the full force of the law will be acted upon to bring those accused to court for these events and that hurt institutions and society”, they concluded.

For its part, Víctor Mas Tah, municipal president of Tulum, reported that the police elements were brought before the State Prosecutor’s Office, whereupon a research folder was opened.

“In Tulum we are committed to the well-being of women and We condemn any act of violence against them and any person who lives in our municipality or visits it”, He indicated.