Valentine’s Day in Mexico: They denounce Animal Sacrifices in Rituals and Love Spells

During the night of this Wednesday, May 5, it was reported that members of the National Guard (GN) shot two officers of the State Attorney General’s Office (FGJE) of Sonora by confusing them with criminals.

Local media records indicated that the events were recorded around 8:00 p.m., in a dirt road that reaches the ejido San Isidro, located in Caborca. Inside a recent model white pickup were Jose Ramon Reyes and Veronica Reyes.

The National Guard was patrolling the area when they saw the vehicle. They tried to stop him, but the passengers ignored him, so they opened fire on him, believing they wanted to escape.

Due to this fact, Ramón Reyes died, 37 years old, who served as a clerk of the Public Ministry Specialized in Adolescents, and Verónica Reyes, 35, her sister and agent of the same MP; resulted in a gunshot wound that sent her to the hospital where she is reported in serious condition. 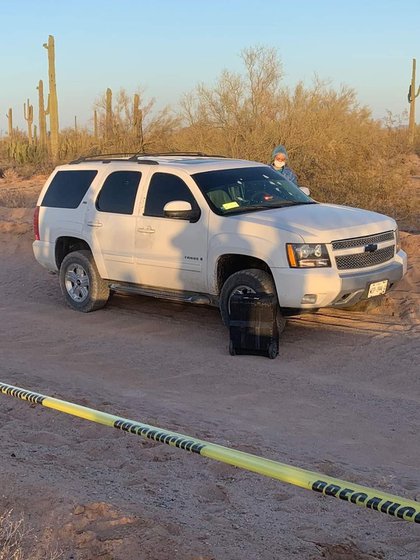 Verónica Reyes is reported as serious.

Staff from Expert Services of the FGJE to gather information about what happened. The body of the victim was transferred to an amphitheater, while the vehicle where they were transported, a Chevrolet type Tahoe, was secured as evidence.

In addition, he assured that must seek justice in the case and act in accordance with the right to reach out to those involved and de-responsibilities the corresponding operational personnel.

“I expect from the National Guard and of the General Prosecutor of the Republic (FGR) all the support so that the information of those who participated in these events is provided, and it is investigated with due diligence, because we must be an example of this before society, “he concluded in his statement published on social networks.

So far, the federal security institution has not issued any information regarding the case, but it is expected that in the next few hours it will clarify the actions of the officers belonging to the corporation. 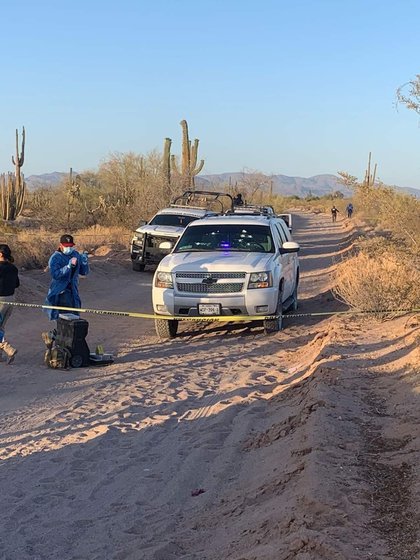 The GN has suffered several attacks by the narco in Sonora.

It should be remembered that the National Guard has been under constant attacks from various drug trafficking cells in Sonora, which is why they try to keep them at bay and avoid armed confrontations that could leave civilians dead or injured.

Among the attacks received is the one that occurred on April 17 when one of its helicopters suffered an alleged attack by the Sinaloa Cartel while flying over the municipality of The Claro.

The first testimonies indicated that it was around 7:00 p.m. when the aircraft, a Black Hawk UH-60Q belonging to the GN-108 series, was perforated several times by ammunition from a .50 caliber barret rifle, one of the favorite weapons of drug trafficking cells due to the firepower it possesses.

The fuselage, rudder and the left engine were some of the parts where the bullets were hit. The gunners of the federal security institution repelled the aggression with M-60 machine guns, subametralladoras BFI 609660 and short weapons of the type MKY714.

According to local media, the crew that included two pilots, a flight engineer, two gunners, two elements of the National Guard and two members of the state Public Security police had to evacuate despite responding and avoiding further aggressions.