The protests on the occasion of the national strike in Colombia, and the wave of violence that has caused the interventions of the Public Force and the clashes with the protesters, in which it is estimated that more than 30 people have died and another 800 injured, continues to generate reactions in the international arena to which the Spanish jurist Baltasar Garzón now joins, famous for prosecuting the dictator Augusto Pinochet, providing special advice to the International Tribunal in The Hague, in addition to currently being the lawyer for Alex Saab, a designated figurehead of the Nicolás Maduro regime.

Garzón, who was dubbed the ‘Spanish super judge’ in the late 1990s and early 2000s, He warned the president of Colombia, Iván Duque, that there is no acquittal for the leaders who have allowed the excesses of the public force to control protests.

“Mr. Duque, the international community is vigilant and vigilant. Today you are the main person in charge of the direction of the country. Listen to your people and take whatever measures are within your power to meet their legitimate demands, but, Above all, do not attack or allow others to do so. You know as well as I that there is no possible acquittal for those who allow the confrontation of stones against rifles”, concluded a letter that was made public through the digital newspaper Nodal.

Senator Gustavo Bolívar, one of the squires of the congressman and leftist leader Gustavo Petro, was the one who echoed this letter in Colombia, in which the Spanish jurist also announced that it is preparing a complaint against the president of Chile, Sebastián Piñera, in the International Criminal Court for his alleged responsibility in the human rights violations committed by the forces of order in the southern country under his command. 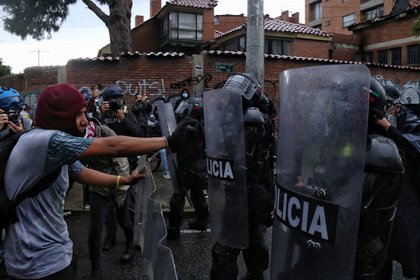 The lawyer also asked the protesters not to fall prey to the violence that would justify state repression.

“Don’t make the same mistake as Piñera of declaring war on your people. Do not commit the same nonsense of supporting police officers who violate human rights, do not commit the clumsiness of not adopting the urgent and necessary measures to stop police brutality without delay,” he said in the letter.

He insisted that the Colombian president seek dialogue and reach agreements with the protesters, instead of using the Public Force to intervene in the protests.

“Revalue life, it is your compatriots, it is the youth of Colombia who are being murdered and mistreated without any justification. Nothing, believe me, nothing, neither the looting, nor the stones nor the barricades justifies using lethal weapons and shooting to kill,” he added.

He reminded Duque that it was up to his decisions to maintain the achievements of the peace process:

“As president-in-office, you will know better than anyone how much it has cost to build peace in Colombia. Keeping the peace right now depends largely on the decisions you make today. Do not give excuses to those who want a return to violence, whether they live in the mountains or wear suits and instigate fratricidal hatred from the comfort of their seats.”

“Do not fall into the trap of giving in to these provocations, because the person responsible will be you, not Mr. Uribe. Nor do you fall for the cowardly strategy of violence and hatred promoted by criminals against humanity Iván Márquez, Santrich and his henchmen who, fed by the poisoned money of drug trafficking, today want to make us return to times gone by.”

He also asked those who protest in the streets not to fall into violence:

“To those who demonstrate and especially to the youth of Colombia I say, you have the right to disagree, to protest, to ask for a response and seek a change, but do not allow yourself to be provoked by violence. The more massive and peaceful your protest, the more legitimacy it will have. Do not give reasons to those who have long since given up peace”.

He even addressed one of the sections of the letter to the indigenous Colombians participating in the national strike: “I ask my dear friends of the Cauca Regional Indigenous Council (CRIC) to share your ancestral wisdom with the rest of the country, to guide a country that seems to have lost its way.” 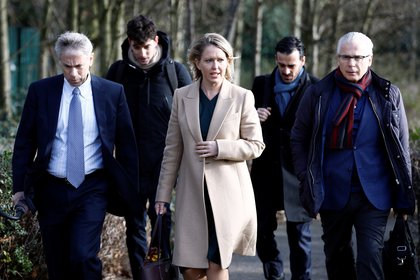 Although the jurist has been recognized in the world for his defense of human rights, his career in the judicial field has also been embroiled in controversy.

In 2012 he was disqualified for 11 years in Spain for having illegally intercepted conversations between lawyers and their clients, in the so-called Gürtel Case. where some members of the Popular Party of that country were investigated for corruption.

In Colombia it was external advisor to the OAS Mission to Support the Peace Process (MAPP) in the process of demobilization of the paramilitaries of the United Self-Defense Forces of Colombia (Auc), and subsequently provided advice on transitional justice and human rights to the Prosecutor’s Office with a view to the peace process with the extinct FARC guerrilla, in the same year of his dismissal in Spain.

At that time In the Capital Canal of Bogotá they hired him to carry out an interview program, however, the District Comptroller’s Office found irregularities in it, since he did not have a work permit in the country when he signed it.

Currently He is the lawyer of Alex Saab, a Colombian who is accused of being a front man for Nicolás Maduro, in addition to hiding money and gold that the regime would have stolen in Venezuela. Saab is imprisoned in Cape Verde, where he was requested in extradition by the United States.