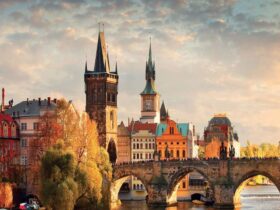 Prague: Your Next Travel Destination

According to the Global Destinations Sustainability Index, European cities are at the top of the list of the most environmentally committed in the industry. What are they and what is there to know about these wonderful places

Sustainability is not just a matter of the environment. Sure, being good to the planet is crucial to ensuring a sustainable future, but so is having a healthy society and political system. Deciding what is sustainable and what is not can therefore be very complicated and multifaceted.

That is why it is so important that the Global Destinations Sustainability Index (GDS-Index) is so complete and complex. Judging locations on 70 indicators ranging from CO2 emissions and air quality to political corruption and unemployment, the GDS Index gives destinations a percentage “sustainability score.”

“The GDS-Index is a performance improvement program to make tourism and events more sustainable. It presents brave, daring and pioneering cities, towns and regions that recognize the urgent need to regenerate by working together to develop destinations where people, place and planet can thrive.

The first place in this year’s ranking is occupied, once again, by Gothenburg. With a score of 93% in the index and maintaining the top position from last year, the Swedish city established itself as queen when it comes to green public transport and local biodiversity.

“Gothenburg’s approach to sustainability has earned international recognition over the years. The city has been leading the Global Destination Sustainability Index (2016-2021) for five consecutive years and was the European Capital of Smart Tourism in 2020. It was also named the Best Sustainable City in the world in 2021 by Lonely Planet”, warn the specialists.

With the vision of being independent of fossil fuels by 2030, smart accessibility and mobility with 97% of public transport running on renewable energy, a sustainable tourism ecosystem with 95% of hotel rooms with environmental certification, a strong legacy program for events and meetings, and an effort for a more circular economy, the city made sustainability its business.

In second place in the ranking is Bergen (with a score of 88%) in Norway, partly due to its social equality and the reduction of greenhouse gas emissions, followed by the Danish capital, Copenhagen (87%), thanks to initiatives such as its wastewater treatment plants and renewable energy sources.

As the report revealed, in 2018, Wonderful Copenhagen, the Copenhagen tourism agency, launched its “Tourism for Good” sustainability strategy with the ambition of ensuring that tourism has a positive impact on local and global sustainable development. That same year, the strategy won the Congress and Convention Association (ICCA) Innovation Award and in 2019, Wonderful Copenhagen became the first agency to receive Green Tourism Organization certification.

In fourth and fifth place are Aalborg in Denmark and Bordeaux in France, respectively. “Every year Aalborg holds a sustainability festival week where the city and municipality invite everyone to showcase their sustainable projects in and around the city. The Danish city and port, capital of the North Jutland region, has had sustainability on the agenda for many years with the “Aalborg Charter”, and continues to push its development towards a more sustainable future.

Aside from the environmental aspect, Aalborg is the happiest city in the EU (2016) and a city from a country that ranks at the absolute top of the rankings as least corrupt country/most prosperous country/most peaceful country/and best country for women. About the port city on the Garonne River in southwestern France, experts highlight: “Between the vineyard and the ocean, Bordeaux is the gateway to the Southwest and the epitome of sweet living.”

“Jewel of 18th century architecture, the city has reinvented itself in recent years to become a destination of choice for leisure tourism and professional events. Wine, cannelloni, oysters… These specialties make Bordeaux a true symbol of the French way of life. Bordeaux is also the breeding ground for a fashionable alternative culture that confronts the ‘Port of the Moon’”, they say.

The process to judge this element, of the utmost importance to be placed among the most sought after by business tourism, begins with the candidacy presented by the city itself. From then on, a committee of experts assesses the characteristics of the city that are linked to sustainability in the tourism industry in four areas: environmental commitment, social commitment, supplier efficiency and destination conditions in general terms.

As usual, Northern European countries dominate the GDS-Index ranking. Here are the top ten destinations on this year’s list, along with their sustainability score. Tips for a Better Transportation Plan During Your Vacation 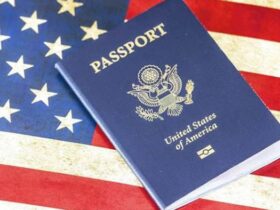 Tourist visa for the United States: what requirements and documents do I need? 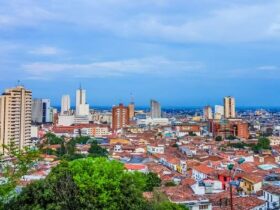 7 Reasons to Live in Cali