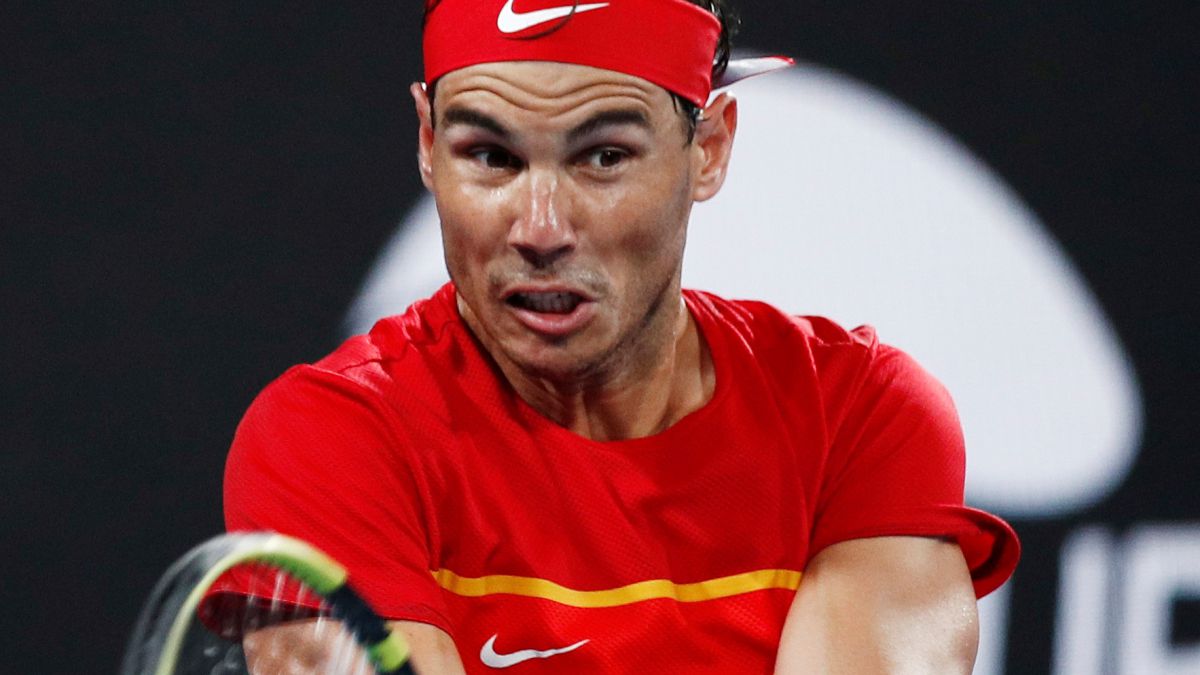 Spain already knows the dates of their ATP Cup matches

J.D. Davis could not avoid the injured list after being drilled on his left hand earlier this week.

He was placed on the 10-day IL, retroactive to April 7, ahead of the Mets’ afternoon game against the Marlins on Saturday, the team announced. The Mets called up infielder Jose Peraza and designated Franklyn Kilome for assignment to make room on the 40-man roster.

Davis was hit by a Chase Anderson fastball on the back of his left hand Tuesday against the Phillies. On the bright side, two initial X-rays confirmed there weren’t any broken bones in Davis’ hand, but he’s so far struggled to return from the injury. Davis came to Citi Field on the team’s off-day Friday to receive treatment and he attempted to take swings in the cage, but he was still sore.

He was evaluated again on Saturday morning right before he was placed on the IL. Infielders Jonathan Villar and Luis Guillorme have been platooning at third base during the four-plus games of Davis’ absence.

Michael Conforto has struggled to start the 2021 season, batting .176 (3-for-17) and has left 16 men on base over the first four games of the year. For someone in his walk year, reportedly looking for a $200 million extension from the Mets, it’s a troubling way to begin the new season. Conforto was booed by fans in the Citi Field home opener Thursday and was one of the main characters, along with home-plate umpire Ron Kulpa, in the Mets’ controversial 3-2 walk-off hit-by-pitch win over the Marlins.

Even so, Mets acting GM Zack Scott said the door is still open on a potential contract extension during the season. Conforto and his agent, Scott Boras, have not set a hard deadline like shortstop Francisco Lindor did for Opening Day.

“My sense is that the only person that made a very clear hard deadline was Francisco,” Scott said on Saturday. “Every player, typically in my history, prefers to finish it up before the season gets going so they can really focus on what’s important to them, which is trying to win games.

NOAH & SETH ON TRACK IN REHABS

Noah Syndergaard has continued to handle his Tommy John rehab without any setbacks, which is positive news for the flamethrower’s eventual return to the big-league rotation.

Syndergaard could join the Mets in as little as eight weeks.

“There’s nothing throwing him off that June timetable for sure,” said Scott on Saturday.

The right-hander was scheduled to throw a live batting practice back in Port St. Lucie on Saturday; a tangible stride toward lengthy outings and higher pitch counts. Two weeks ago, Syndergaard’s fastball hit 97 mph on the radar gun during a side session with live batters standing in.

Syndergaard is 380 days removed from his March 2020 surgery and has not spoken to reporters since. The earliest Syndergaard can return to the Mets is in early June, after being placed on the 60-day injured list in February.

Seth Lugo has also remained on track in his rehab from surgery on a loose body is his right elbow and is still expected to return to the Mets next month.

In the young season the Mets bullpen has looked particularly deficient without Lugo, even though the offseason additions of Trevor May and Aaron Loup were expected to fortify the relief corps. Dellin Betances hit the IL with a right shoulder impingement after his season debut and the Mets called up Trevor Hildenberger for the time being. But it’s safe to say the Amazin’s are impatiently waiting for Lugo to complete his rehab and join the team.

“The bullpen, obviously it’s been mixed results so far,” Scott said. “I feel really good about most of the arms that are in our ‘pen. I feel like we have really good arms. It’s just about executing, getting the job done. And obviously the results haven’t been what we’ve wanted throughout the first handful of games.”