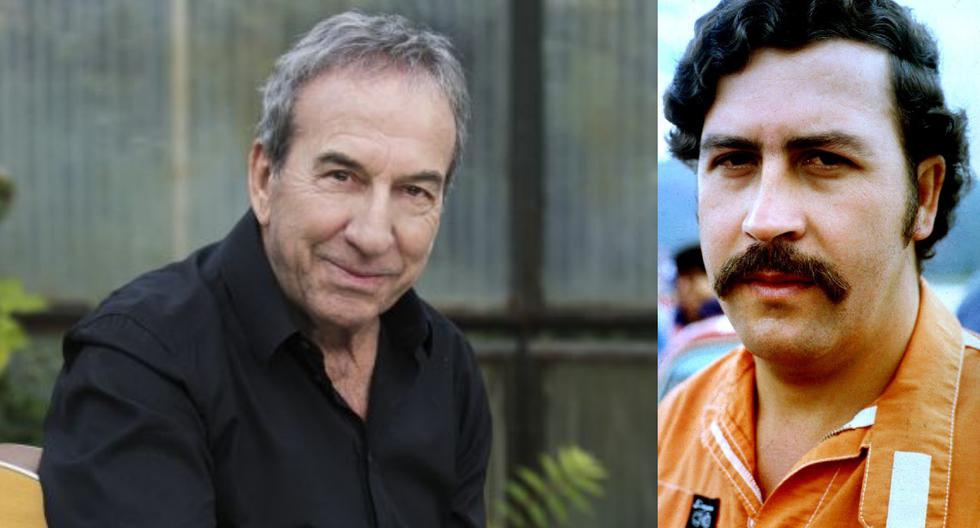 Did José Luis Perales sing to Pablo Escobar? “It was the worst nonsense that has been said about me”

This week the world of acting dressed in mourning to fire Veronica Forqué, one of the iconic actresses of Spanish cinema in the last 30 years. The woman with the “sweetest smile in the cinema” -as she has been reminded-, lost her life by committing suicide at her home in Madrid.

The tragic circumstances of his death have revealed the fragile mental health of the 66-year-old actress. A disease that the actress never hid from her closest friends and even openly aired in more than one interview.

The actress had a “low” season as she herself recognized. The difficult moment lived in the contest “Masterchef”, she came to deepen the hard moment he was living on a personal level. The last few years hadn’t been good for the director’s daughter Jose Maria Forqué and the writer Carmen Vazquez-Vigo.
Veronica had had to overcome a hard separation with Manuel Iborra, her husband for 33 years. This marital failure was joined by the worst of misfortunes: the death of her only brother, Álvaro Forqué. Two years older than her, his death was an almost irreparable blow for the actress, who never got over it.
They were both soul mates, and her fault also came at the worst moment: after her husband’s divorce.
Despite his death, her brother was more present than ever in her life. Asked about her daughter, Verónica assured that “my daughter, María, looks like my brother; she is a happy person, very mature, who does not complicate life for anything “.

A common passion between soul mates

The most unknown of the Forqué would have turned 68 on December 11, just two days before the actress’s death. Verónica and Álvaro shared the common passion for cinema and the world of interpretation. Although Álvaro’s vocation was somewhat later.

As a young man he studied in Great Britain with a degree in Philosophy and Letters. His father, director and screenwriter, is the one who gives him the celluloid bug. Of his works as director and scriptwriter of documentaries there are outstanding titles such as the one dedicated to Joaquin Costa (2011), Journey to the heart of Morocco (2010), Backroom (2008) the Children of Andalusia (2005).

Thanks to his filmography, Álvaro Forqué achieved critical recognition for At the end of the dawn (2006), a documentary commissioned by the Cervantes Institute and awarded with the SOS Racism Award, for his testimony in favor of human rights and the equality of races.

Although his career as a director focused on filming documentaries, his father, José María Forqué, put the “poison” of the feature film into his blood. Together with him he filmed Nexus 2.4331 (1994), a futuristic film set on an alien planet inhabited by earthlings, in which Álvaro shared scriptwriting credits with the mythical director.

Although, without a doubt, the movie he was most proud of was The comic order (1986), his debut film. In it Álvaro, who wrote the script and directed the film, told how protagonist with his sister Verónica Forqué, that shared celluloid with other greats of the scene such as Jesús Puente, José Luis López Vázquez, Pilar Bardem or some very young Maribel Verdú or Enrique San Francisco.

Coincidences of fate, the first short film that Álvaro made in his life was thanks to a sadly topical character also this week. Forqué titled it Tennis, and had like protagonist Manolo Santana, which helped the new director so that the short saw the light despite his short experience.

The death of her brother plunged the family into a spiral of sadness. “It was just the two of us and we were very close, but the hardest thing was having to break the news to my mother, who is 91 years old. Something that no one prepares you for ”, she commented in an interview.

Asked if there is life after death, the artist assured resigned, “of course yes, otherwise the perfection of nature, of the universe is not understood. Hence, I do not understand those people who do not believe in anything or anyone.”

Regarding the fear of dying, the actress made it clear that, despite everything, she considered herself a brave woman: “thanks to my mother I have been doing yoga and meditation for many years, and that has helped me to grow, to develop as a person, not to be afraid, because fear is born from the fear of death.” Verónica already rests with her soul mate.