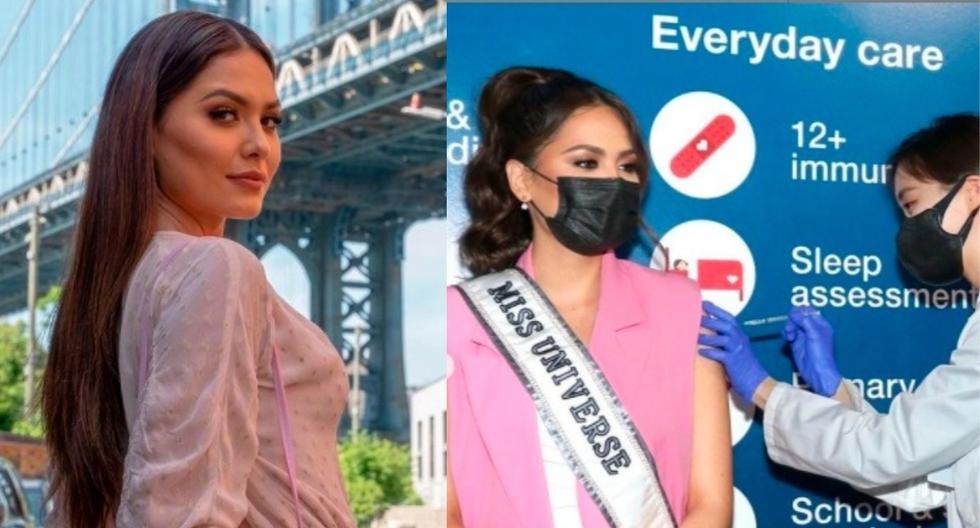 Andrea Meza, Miss Universe 2021, is vaccinated for Covid-19: “I hope to encourage everyone to get vaccinated”

Andrea Meza, the Mexican representative in the Miss Universe 2021 contest, she was raised with the crown that distinguishes her as the most beautiful and intelligent woman “in the universe.”

With this feat, the 26-year-old native of Chihuahua, becomes the third Mexican to win in the emblematic international contest, being Lupita Jones, in 1991, and Ximena Navarrete, in 2010, her predecessors in winning the contest.

At the event held at the iconic Hard Rock hotel and casino in Florida, Andrea Meza became the first Miss since 2019, when the South African Zozibini Tunzi was crowned, being that in 2020 the restrictions derived from the global pandemic did not allow the expected international contest to take place.

The last phase of the contest was carried out by Kimberly Jiménez Rodríguez; of the Dominican Republic; Janic Castle Flowerpot; from Peru; Juliana Gama, from Brazil and Adline Castelino from India.

Each of the contestants had to answer a question in a matter of seconds. At the time of taking the microphone, Andrea Meza was questioned a way to protect people amid the COVID-19 pandemic.

The woman of Chihuahua pointed out that, before everything had happened, she would have quarantined everyone, “because we lost so many lives and we cannot lose more because of that.” 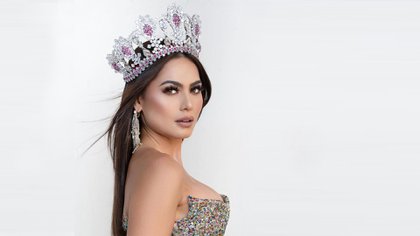 In a second chance to captivate the judges and the world, Andrea Meza spoke about stereotypes: “We live in a society that is increasingly advanced and just as we have advanced as a society, we have also advanced in stereotypes. Today beauty not only lies in how we see ourselves, for me beauty lies in the soul, in the spirit and in the values. Never allow someone to tell you that you are worthless. “

“Nothing is more important than your health and that of your loved ones,” said Adline Castelino about the health crisis in India.

Despite the fact that the beauty pageant was delayed by the COVID-19 pandemic, Andrea Meza was one of the 74 misses who participated in the contest.

The first cut of 21 participants was made after the misses paraded in bathing suits. The 26-year-old Chihuahuan managed to pass the first round by wowing the jurors. 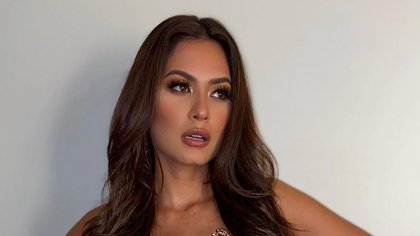 “Hello, my name is Andrea Meza, I am Miss Mexico, I come from a city called Chihuahua and I grew up with a very large family, I love being surrounded by my family. I also work in the tourist office of my city. I see myself as a human rights ambassador, I want young people to fight for their rights,” the Mexican representative declared in a clip.

After her presentation, Andrea Meza dazzled the audience by modeling with a yellow bikini, same that he had used in the preliminaries. The presentation of the Mexican made her pass among the finalists.

Some time later, he touched the evening dress and the Mexican dressed in a red dress with more than 40 thousand crystals, with a unique and spectacular design. Andrea’s steps were characterized by elegance, firmness and security.

Andrea Meza, Miss Universe 2021, is vaccinated for Covid-19: “I hope to encourage everyone to get vaccinated”

“She is the most beautiful”: AMLO celebrates the triumph of Andrea Meza in Miss Universe 2021