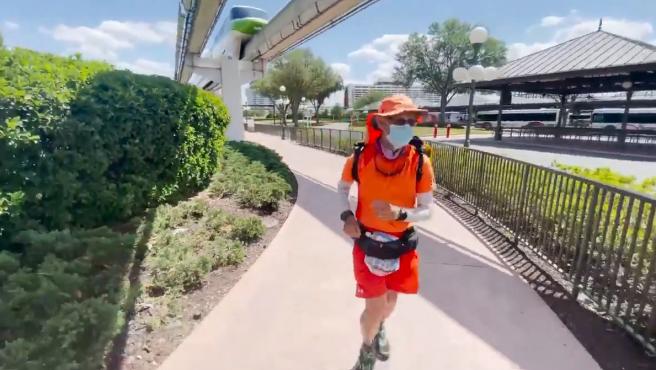 A 59-year-old diabetic travels the 4,600 km that separate the Disney theme parks from California and Florida

Within three or four months “the allocation of vaccines will reach all countries suffering from the very serious epidemic,” said the founder of Microsoft.

Bill Gates insisted that the world will be “completely back to normal” by the end of 2022, when there will be a glut of COVID-19 vaccines available. In turn, he spoke about the high rate of inoculations against the virus in the richest countries, such as the United States and the United Kingdom, which helps to free up doses to share with other nations.

During the broadcast of Sophy Ridge On Sunday by Sky News, the mogul clarified that, while he did not expect the coronavirus to be eliminated by next year, he did have hope that the number of cases could be reduced to “very small numbers” to late 2022 .

True to his anticipatory style, the philanthropist insisted on the importance of preparing for future pandemics , something he considered “a top priority.” Although he warned about the possibility that society would forget what it had experienced during the last year, as happened with the Ebola outbreak, he admitted that he believes that “this generation will remember it” due to the devastating global economic and human cost.

Asked if he was still confident that the world would “completely return to normal” by the end of 2022, as he had anticipated a few months ago, Gates insisted: “Yes, I am.”

On this point, the billionaire explained: “There are still some questions about how widely the Johnson & Johnson vaccine will be used. If accepted, it would be very beneficial. Some of the rich countries, including the United States and the United Kingdom, will soon reach high levels of vaccination this summer , and that will free up vaccines so that vaccines can be distributed worldwide by the end of 2021 and into 2022. Therefore, no We will have eradicated this disease, but we will be able to reduce it to very small numbers by the end of 2022. ″

For Gates, that rich countries have prioritized themselves for vaccines “is not entirely surprising.” He even assured that “it was good to vaccinate the elderly in rich countries, which actually had the pandemic worse than most developing countries.”

Although he considered that it is not “fair” to vaccinate 30-year-olds in rich countries, while 60-year-olds from Brazil or South Africa have not yet received their vaccine, he stressed that within three or four months, “the allocation of vaccines will arrive to all the countries suffering from the very serious epidemic. “