Mauro Viale was killed by the enemy he tried to fight

The hours go by and the relatives of the 152 disappeared after the collapse of a building in Surfside, Miami, Florida, find no comfort. Rescuers work around the clock, but with each passing minute, hopes fade.

DNA samples have been taken from the relatives to facilitate the identification of the bodies located. Until this Monday, they had 11.

“All of us who live in Surfside are victims, because it is a small community where we are all so brothers that it affects us in one way or another.” Says Ruby Romero, who in addition to having lived in the building that collapsed, knows several of the disappeared.

“They are not only your neighbors, we are family and we are very dismayed. I do not want to think how their relatives feel -blood- it is a very difficult moment.”

The rescue crews have been very busy, day and night, dedicated to searching and finding survivors and bodies, but the rescue work is very difficult because there are storms and over the weekend a fire broke out in the depth of the rubble that It took a long time to be controlled and the smoke even caused some homes to be evacuated.

On Friday came to Miami the Mexican “Topos”, who since the 1985 earthquake in Mexico City began to specialize in these tasks and today are experts. They joined the work with rescuers from Miami-Dade and a crew that arrived on Sunday from Israel.

One of the ‘Topos’, David Chávez, explained to various media why the rescue process seems slow.

“Each team has an operational structure, in which there must be an analysis of the safety standard. We have people under the rubble and the surrounding buildings that are standing and could fall. It is necessary to insure everything and to know if there are gas leaks or any risk that could cost the life of one of the specialists. Everything is being sectorized to do different types of search and in that way to discard quadrants and move forward. When a survivor is located, the first thing is to reach him, stabilize him and from there send him to intensive care”.

Fernando Álvarez, from the Topos Tlatelolco Rescue Brigade, stated that “due to the type of collapse, there were not many holes left. Twelve floors were almost in two; there is less chance of life, but there is still”.

It is also important to ensure the safety of rescuers. And given the possibility of more collapses, that the structure that remained standing does not resist, it is necessary to do shoring, he said.

All of that takes time. A time that for the families, who this Sunday were able to approach the place where the collapse occurred, becomes eternal. 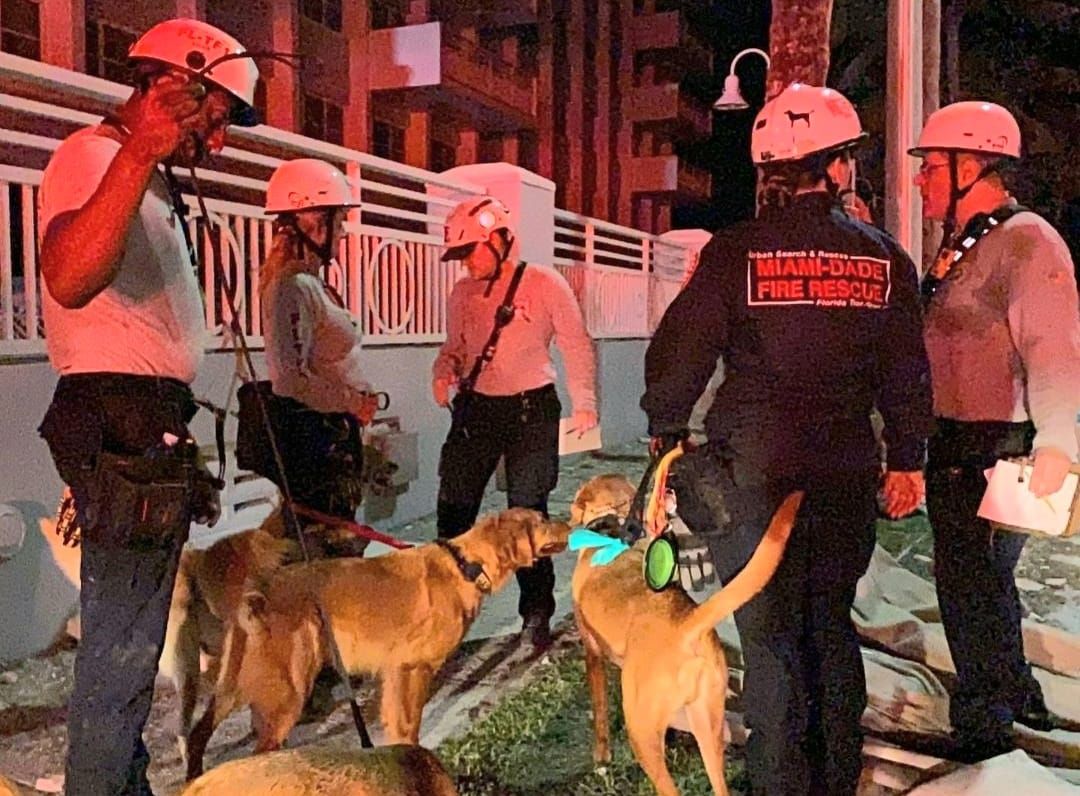 Frustration grows among relatives and locals. “Imagine if it were your children who were trapped there,” the mother of a 26-year-old woman who is among the disappeared told the authorities when they approached her. “It is not enough,” he claimed.

County Fire Marshal Miami-Dade, Alan Cominsky, acknowledged at a press conference that the rescue action “has been slow”, but insisted that “the critical component is that the building collapsed and the rubble was scattered and compacted“, Which hinders the rescue operation and delays it because” it is necessary to carry out a very methodical process.”

In fact, it was possible to open a trench that has made it possible to advance a little more quickly and also helped to locate the last 4 bodies and to fight the fire that had been generated deep within the rubble. 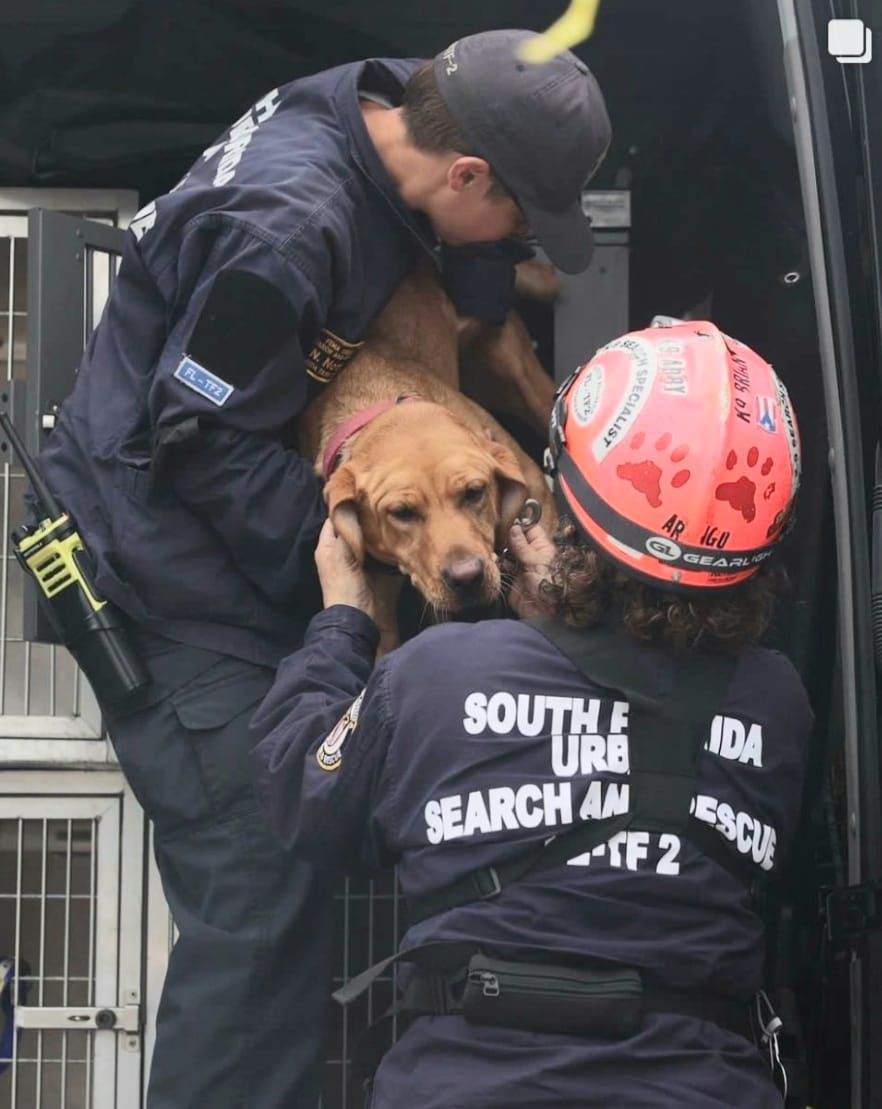 The truth is that time is playing against any possibility of finding someone else alive. Rescuers are seen working frantically in the area, accompanied by their dogs, looking for any sign of life.

The authorities try to keep their spirits up, but at the same time they work with families to prepare for the worst. The visit this Sunday, which was carried out privately, helped them to vent, to pray. To maintain their privacy, the police used everything from cardboard to umbrellas. And then, the relatives returned to the reunification center, to continue waiting.

Meanwhile, at least the two towers adjoining the collapsed in ‘Champlain Towers‘, the North Tower and the East Tower were voluntarily evacuated as a security measure, with the government guarantee that they have the financial support of the Federal Disaster Agency (FEMA). 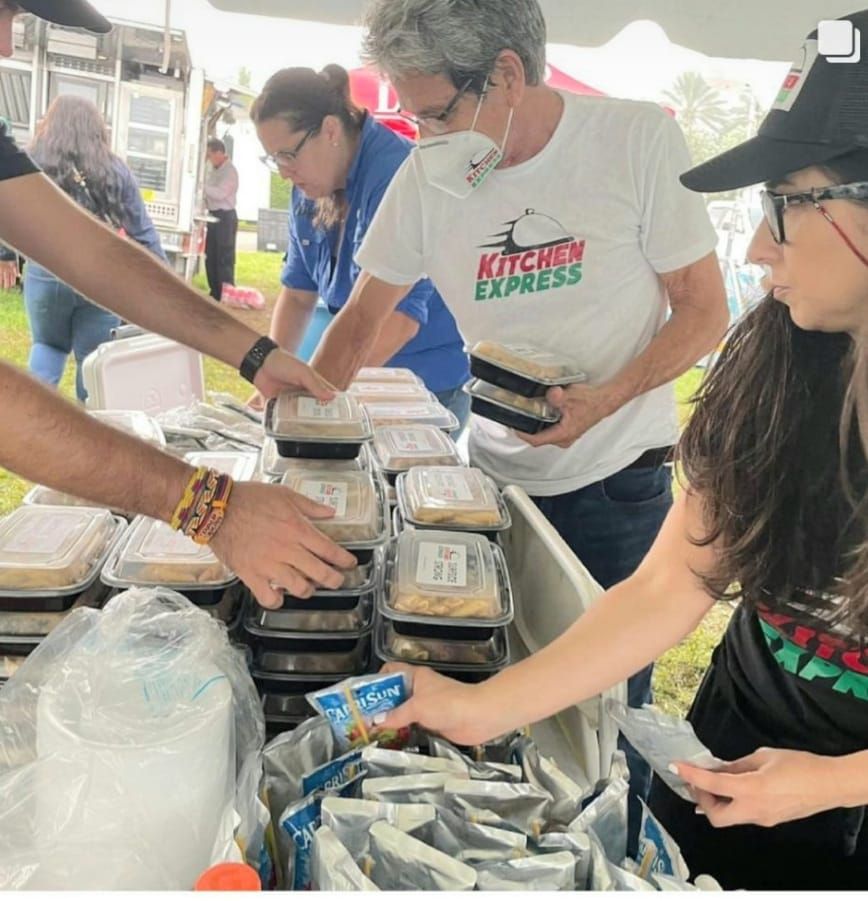