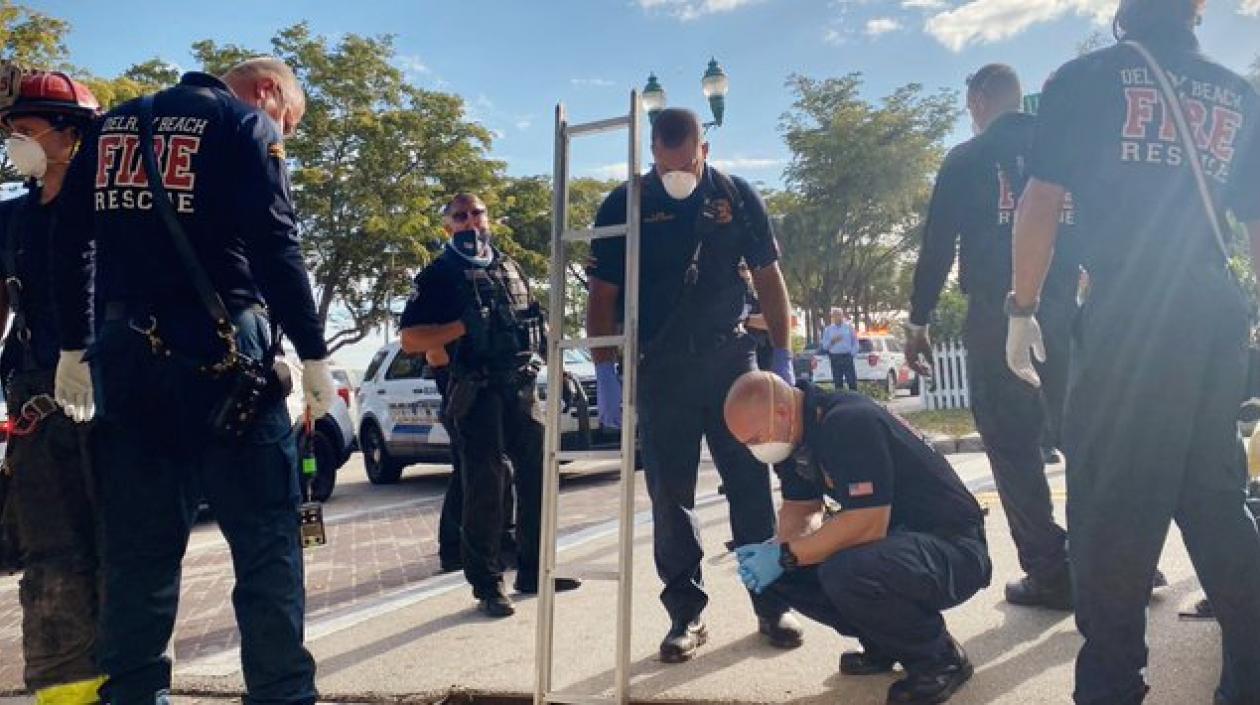 Washington, Aug 28 – The start of the school year in the United States this year faces the consequences of a growing problem exacerbated by the pandemic, the lack of teachers, with an expected average of three vacancies in public schools that has caused strikes and search for innovative solutions to remedy it.

The tiredness of teachers is measured in figures: 90% say they are discouraged and 55% plan to retire before retirement age precisely due to the epidemic, according to a January survey by the National Education Association (NEA). in English).

“Teachers are experiencing a level of burnout that they haven’t recorded before and it’s not just due to covid, which has only underlined it. They were already at a point of burnout which is now affecting their health and their family. They don’t get the respect they deserve and they are leaving,” the founder of The Teacher’s Resource association, Sonya Battle, told a source.

The alarm in the public sector, therefore, is also evident. The Department of Education, with figures from June, points out that six out of ten schools said they were concerned about the inability to fill vacancies with qualified personnel, nine out of ten due to the professional burnout of their staff and eight out of ten due to health mind of their workers.

“Why is it so difficult to take care of the very people needed to keep the world running? Everything we are starts with a teacher. It makes perfect sense that they get the salary and respect they deserve. They’re tired of feeling invisible. We have an epidemic within a pandemic. We are in crisis,” laments Battle.

The median annual salary for a starting teacher, according to the NEA, was $41,770 in 2020-2021, an increase of 1.4% from the previous year, but a drop of 4% if adjusted for inflation, which means that salaries are at their lowest level since that body began to record them more than a decade ago.

“I personally have not lost faith in the profession because I like what I do, but other new ones and those who have been longer than me who have seen how respected we used to be and how we are now one of the least respected professions,” he tells to a source Tonya Tolson, English teacher for 19 years.

She, also an assistant principal at a North Carolina institute, claims that they deserve “every penny they receive.” She plans to continue teaching for about five years and later move to a more administrative position precisely because of this change in the consideration they have.

On average, according to figures from the Department of Education provided to EFE, the most urgent positions to fill in primary education are general teachers, and those of special education both in secondary education and in high school.

This new course generally begins this coming week throughout the country, although in cities like Columbus (Ohio) the start took place last Wednesday and was preceded by a strike, now over, to demand better teaching conditions. It was the first break of his union since 1975.

Some states have opened the range of possibilities to fill vacancies. Tennessee, for example, allowed retired teachers in July to return to work without losing their retirement benefits and also allows class sizes to be adjusted and people with higher education to be hired even if they don’t have teaching certification.

The National Education Association estimates that the country needs some 300,000 teachers and support staff to meet the needs of students.

But the Secretary of Education himself, Miguel Cardona, warns against the temptation to lower the bar to compensate for this lack: education “is not a hobby, it is a profession, and if your first strategy is to lower the standards of a profession to which You are already disrespected, you are part of the problem,” he said on NBC.

The representative of The Reacher’s Resource, whose organization focuses on the welfare of teachers, also advocates against possible short-term solutions.

“They do not work. You could say that they are not solutions, but suggestions. The type of decisions that you apply in 2022 and that continue to be effective in 2032 are required,” says Battle, who urges to be “proactive, not reactive”, and to have a vision of the future to prevent emergencies like the current one, in his words, from happening again.