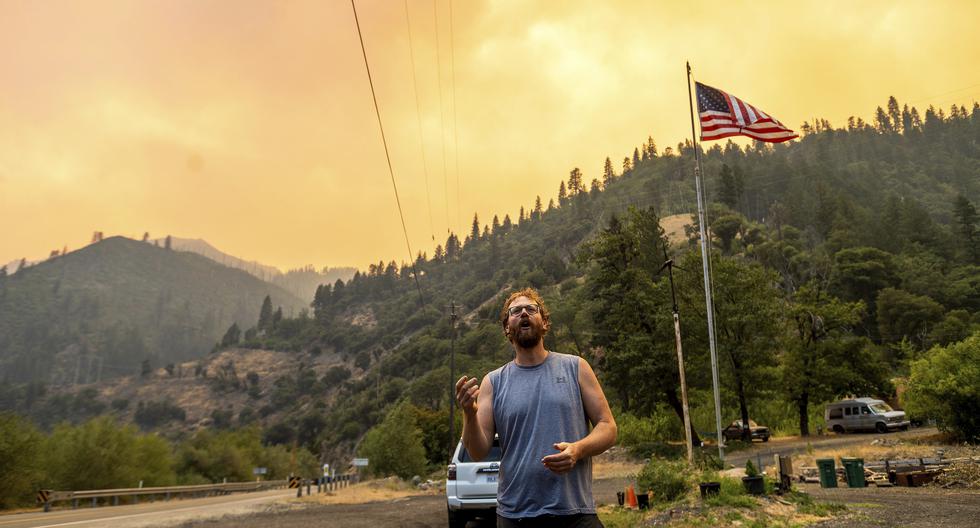 Fires in the western U.S. and Canada consume firefighter resources

When Çigdem obtained French nationality in 2008, she was renamed Claire, a decision that left marks. Her Turkish family stopped talking to her and her French friends didn’t understand her.

Today, Claire Koc, a 37-year-old journalist, recounts in a book the bitter process of integration of immigrants like her.
The story of Koç, who left his native Turkey in 1984 at the age of one, is a reflection of the social and political tensions caused by immigration in France, where 12% of the population was born outside the country.
At the beginning of the 1980s, Koç’s parents were two peasants from the Alevi Muslim trend, a minority in Turkey, from where they had to flee using religious persecution.
After an unsuccessful attempt in Germany, the France of the socialist Francois Mitterrand welcomed them as political refugees. The father worked as a bricklayer and the mother as a cleaner.
When, at the age of 25, the young woman completed her naturalization process and obtaining French nationality, she was offered the option of changing her first name. She did not hesitate and chose Claire. Since then, her life took a flight.
DOUBLE REJECTION
“When I communicated it to my family, it was June 2008. I was returning from the naturalization ceremony, where I had gone alone, with my new identity document to give them the good news of the name change, but everything was very unpleasant,” she recalls in interview with GLM Koç, author of “Claire, le prénom de la honte” (Claire, the name of shame).
She explains that her parents and brothers reproached her for abandoning her Christian name for a French one, implying that she was renouncing her origins.
She assures that she has not yet recovered the relationship with her parents. She only talks to one of her two brothers from time to time.
“I felt humiliated, as if I had done something wrong and on top of that this was accentuated by the attitude of my friends born in France,” she laments.
Some of her friends were outraged because, in the act of naturalization, the New French had sung the national anthem, “La Marseillaise,” Koç recalls.
“They told me how she had forced us foreigners to sing ‘La Marseillaise’. They said it was a racist song. It was then that I realized that I was not French for them (my friends), they continued to see me as a foreigner “, relates.
Since then, it has happened on numerous occasions that French-born citizens ask her why she adopted a French name as a “foreigner” or even to be told about “their” President Erdogan.
It makes her wonder if one day she will be fully accepted as French, the country where she has lived practically all her life.
CRITICISMS OF INTEGRATION METHODS
Claire Koç, married to a Frenchman and mother of a baby, criticizes how immigrants are integrated. “If my parents have not been willing to integrate, it has also been the fault of the (immigrant) associations,” she reproaches.
For the journalist, these associations instill “victimhood” in the newcomer. “They told us that in France they welcomed us very badly, that it was not necessary to speak French. It is badly considered to be grateful to France.”
She also recalls that in the public school they were entitled to two hours a week for a course on Turkish language and culture. “There they taught us to be proud of being Turkish”, something that according to her is not done in the French school.
In France, the concepts of multiculturalism and assimilation have become political flags. The left frequently defends the first, while the right is attached to the second.
According to the author, these are “opposite” ideas, since multiculturalism refers to segregation. Also origin and identity are two terms of political actuality that the author addresses in her book.
“Origin is something we are born with and identity is something we build. The identity I have built is French, and then I am also a mother, a wife. It evolves during life,” he remarked.
For Koç, who claims not to belong to any political current, his book also aims to reflect on “how to build a nation” as complex as the French one.
And she concludes: “It does not matter where you come from, the important thing is where we are going, to know how we can do in France to be calm in such a wonderful country with people of different origins.”