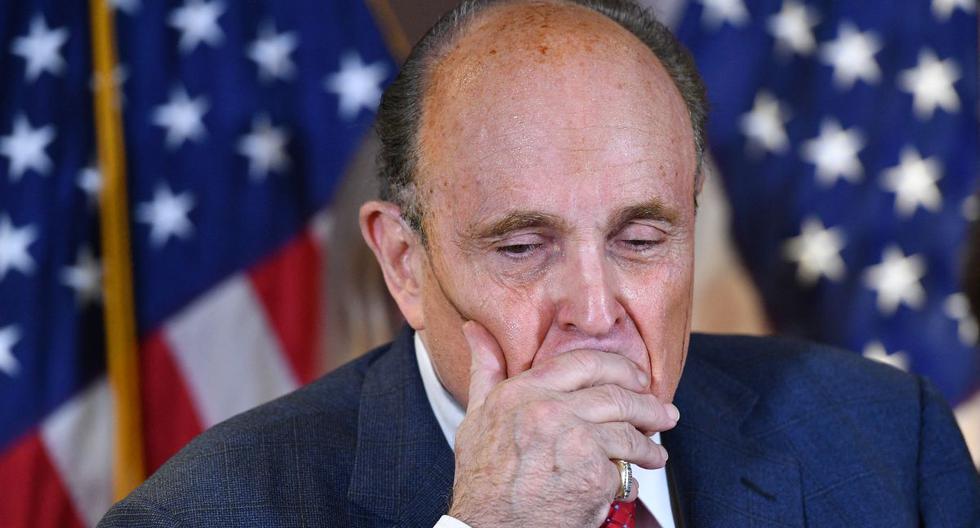 Rudy Giuliani, from US hero to social media laughingstock and FBI target

City of New York and its tourism sector in the Times Square make the final adjustments to carry out the traditional celebration of New Year’s Eve farewell 2021 and welcome the New Year 2022.

Ring in the New Year with #RockinEve this Friday at 8/7c on ABC! 🎊 pic.twitter.com/yiELdTDwCx

However, the great celebrations that were planned to celebrate a new rebirth after controlling the COVID-19 virus with vaccination, these again are clouded with the emergence and indiscriminate circulation of the omicron variant, a quite contagious strain that has global health in check.

Faced with this situation, on December 23, the mayor of New York City, Bill de Blasio, announced that the New Year’s celebration in Times Square would not be canceled, but that it did require some changes to be made in its logistics and scheduling activities.

New Yorkers have stepped up tremendously over the past year. There’s a lot to celebrate and the additional safety measures we’re announcing today will keep the fully vaccinated crowd at Times Square safe and healthy as we ring in the New Year. pic.twitter.com/SbStmLmfxQ

“The famous New Year’s celebration in Times Square, New York, will be drastically reduced by the pandemic,” announced Mayor Bill de Blasio, who also added that he had been working with the New York City Department of Health, NYPD and other partners in preparation for the New Year’s Eve festivities in Times Square.

And, it is customary that thousands of people, including tourists and city dwellers, around 58,000 people, congregate in Times Square to wait for the gigantic ball that announces the arrival of the new year to fall at midnight, but This Friday, December 31, unfortunately from 3:00 pm only 15,000 attendees will be able to enter the event area, who must be vaccinated, and comply with the use of the mask while enjoying the show.

“We want to welcome those hundreds of thousands of people, but everyone must be vaccinated,” the mayor warned, as reported by CNN . “All they have to do is have proof of vaccination and valid photo ID and they’re inside. There is much to celebrate and these additional safety measures will keep the fully vaccinated crowd safe and healthy as we welcome the New Year, ”he said in the statement.

What artists will perform in Times Square?

Among the celebrities who complete the list for the traditional farewell event of the year are Karol G, KT Tunstall, Scottish singer-songwriter LL Cool J, Chlöe and Journey, reported Telemundo.

The Colombian, Karol G, is one of the artists who will celebrate New Year’s Eve in Times Square. The celebrations will begin around 6:00 pm with the lifting of the New Years Eve Ball and an opening cultural dance celebration presented by the Sino-American Friendship Association.

Meanwhile, the host and executive producer of the 17-time Seacrest (with co-host Liza Koshy) will headline the New Year’s Eve festivities during the show’s special 50th anniversary celebration, starring pop star Chloe x Halle of her debut single. “Have Mercy,” which reached No. 1 on Billboard’s Mainstream R & B / Hip-Hop Airplay chart for December 18.

Meanwhile, legendary rock band Journey will perform their most notable hits, while LL Cool J , a recent member of the Rock and Roll Hall of Fame, will also take the stage in Times Square shortly before the clock strikes midnight. to perform and perform a special performance.

Ahead of the midnight ball toss, singer-songwriter KT Tunstall is expected to perform John Lennon’s “Imagine” as thousands of attendees ring in New Years 2022.

Can't wait to see what these performers have planned for 2022! Until then, watch them on #RockinEve this Friday at 8/7c on ABC. pic.twitter.com/nUG1X7EvQf

The New York City Football Club will also be present, after finishing the MLS Cup Championship, the only professional team in New York will be part of the celebration to welcome the new year 2022.

Of course, the show can be seen live, for those who attend Times Square, but for those who want to enjoy it live on television or online, they can do so through the ABC network, this Friday, December 31 at 8 / 7c .

What are you doing New Year's Eve? Join us for the 50th Anniversary of #RockinEve this Friday at 8/7c on ABC. 🎆 pic.twitter.com/TW4CQ54bY9