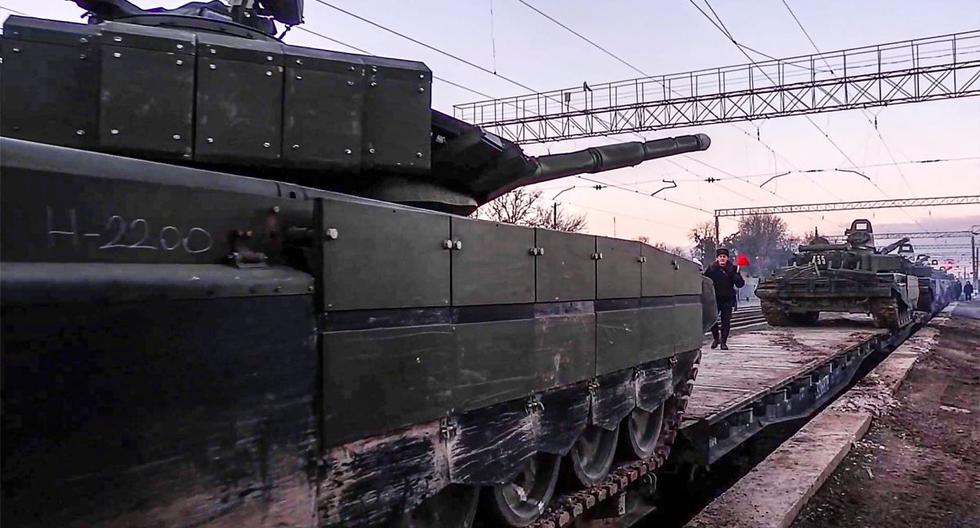 After start of troop withdrawal, Putin says he is ready to discuss security measures with US and NATO

Florida is approaching the end of the year with a new daily record of infections of covid-19 by adding 58,013 new cases this Wednesday, surpassing the 46,923, also a record, from the previous day, as reported this Thursday by federal authorities.

Hospitalizations also experienced a rebound as the number of people admitted for coronavirus rose to 4,433 today (the highest in 2.5 months), that is, 7.85% of available beds, with 77.18% already occupied, according to figures reported by 257 medical centers in the state to the Department of Health and Human Services (HHS).

The alarming spike in new cases by the omicron variant prompted Miami-Dade County School Superintendent Alberto Carvalho to announce that effective January 3, the use of masks on college campus will be mandatory for all adults, as well as on school buses.

The new sanitary protocols and the obligation to wear a mask will affect “All employees, volunteers, visitors, vendors, and contractors inside any school district building”Miami-Dade Public Schools said in a statement.

The University of Miami (UM) announced this Thursday that the first two weeks of the semester that begins in January will be carried out remotely due to the wave of infections of covid-19 that shakes the world by the combination of the variants omicron and delta.

Florida, which is shaken like the rest of EE.UU. for a new wave of covid-19, computed a new record of daily cases on Wednesday, while Democrats urge Florida Governor Ron DeSantis to stand up in the fight against the pandemic of the covid-19 in the middle of the “worse”Explosion of cases due to the omicron variant.

This Wednesday Jerry Demings, Mayor of Orange, Central County Florida where the city of Orlando is, charged against Republican DeSantis for his apparent inaction in the face of this new wave of covid-19.

“Where is our government? Where is Ron DeSantis now? When was the last time you saw the governor at a press conference about the covid-19Demings wondered.

“All residents of Florida they should be outraged ”, added the Democrat about the attention to this new health crisis, one of the worst in the United States, after New York, and that has saturated the places to take tests and rapid tests.

Demings criticized that the Republican government has not provided the attention that local governments need while, in the middle of Christmas and travel time, long lines are formed for the tests of the covid-19 and the kits for testing at home are out of stock in some parts.

The figures for these last two days exceed the records of Thursday, December 23 (31,000) and Friday (32,000) and increase to more than 4 million the accumulated cases in the state since the beginning of the pandemic in March 2020, with 62,480 dead as of yesterday, according to data provided by the Centers for Disease Control and Prevention (CDC) from EE.UU.

Marcus Dixon, executive director of the Florida Democratic Party, also criticized DeSantis on Wednesday, noting that, “As tens of thousands of Floridians fall ill every day, Ron DeSantis and the Republicans of Florida they refuse to support measures that prevent infections and save lives. ”

With about 170,000 new cases in 7 days through last Sunday, according to the CDC, Florida recorded a weekly record that has surpassed the 22 months of the coronavirus crisis.