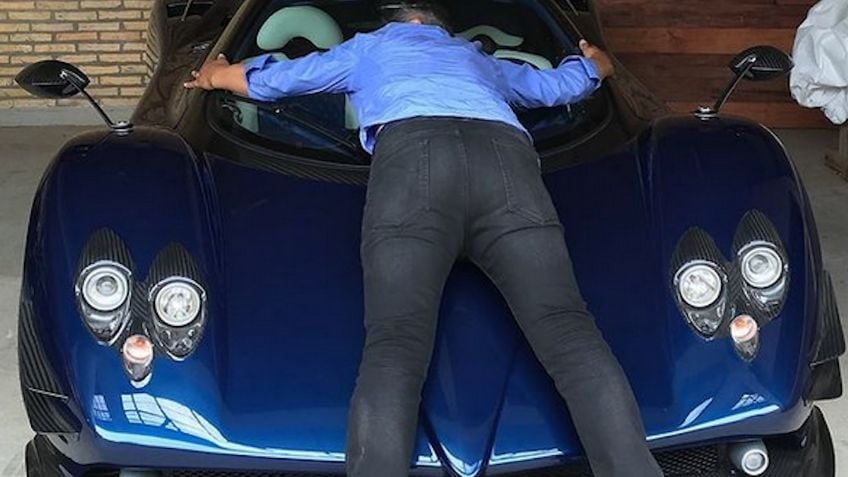 Jorge Gómez sold his Pagani Zonda to invest in a factory

The Hurricane Ida Category 4 was advancing on Sunday towards the state of Louisiana with maximum sustained winds of 225 km/hour, unleashing massive evacuations in this region of the southern United States that still remembers with horror the onslaught of Katrina in 2005.

It is expected that “the center of Ida continue moving through the north central Gulf of Mexico this morning, and make landfall along the coast of Louisiana tonight or tonight”, wrote the National Hurricane Center in its latest newsletter.

The hurricane will produce a “Life-threatening storm surge, potentially catastrophic damage and flooding from rains”, added.

Businesses bricked up doors and windows and residents evacuated en masse from New Orleans and from other cities in Louisiana.

Images posted on social media and on US news channels showed large numbers of people at the airport waiting to board and long lines of cars stuck on the roads to leave the city.

“Everyone is scared because it is the anniversary of Katrina and people did not take it seriously back then.” Said Austin Suriano, who helped close the windows of his father’s watch repair shop.

This Sunday, the Katrina 16th Anniversary, the devastating hurricane that flooded 80% of New Orleans, leaving 1,800 dead and billions of dollars in damage.

US President Joe Biden warned that “Ida is turning into a very, very dangerous storm”.

“Time is not on our side”

The state’s governor, John Bel Edwards, said it would be one of the biggest storms to hit the United States since the 1850s.

On New Orleans, Mayor LaToya Cantrell warned residents to take Ida very seriously. “Time is not on our side” she said Saturday. The storm “is growing rapidly, it is intensifying.”

Southern Louisiana is bracing for massive damage and flooding, with rains of up to 50cm forecast in some places, as the storm rages across the Gulf after hitting western Cuba.

Biden said he sent hundreds of emergency troops to the region, along with food, water and electric generators.

Shelters have also been being set up, but Louisiana has been one of the states hardest hit by the pandemic, so Biden urged continued wearing masks and taking precautions.

The US National Weather Service forecasts that storm surge may reach 3.5 meters in New Orleans and five meters around the mouth of the Mississippi River when the hurricane makes landfall.

Category 4 is the second highest on the Saffir-Simpson Hurricane Scale.

The declaration of a state of emergency in Louisiana, approved by Biden, will channel federal funds and help the state strengthen its emergency preparedness and response efforts.

The hurricane made landfall on Friday night in western Cuba with category 1, with maximum sustained winds close to 128 km per hour.

“It is painful to think that another powerful storm like Hurricane Ida will make landfall on this anniversary,” declared the governor of Louisiana.

The big difference is that since then a strong investment has been made in a protection system consisting of dams, gates and pumps.

Scientists have warned of an increase in the number of strong cyclones as the ocean surface warms due to climate change, posing an increasing threat to the world’s coastal communities.