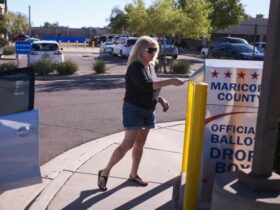 In the United States, any employee who works in another person’s home caring for children or the elderly is considered a domestic worker; doing housework like cleaning and cooking; or doing chores such as gardening or certain repairs. This is one of the most common jobs within the Latino community in the country, which is why many are probably wondering whether or not a license is required to do these jobs legally.

The answer is no. According to the various sources consulted by Globe Live Media, among which is the section on employment requirements for domestic workers of the US Department of State, a special license is not required to be a domestic worker in the country.

Of course, the situation changes if you want to open a domestic worker services business (such as house cleaning). In this case, you will need some licenses, both federal and state, to start working legally.

However, all domestic workers must notify their entry into the United States by sending an email to DomesticWorkers@state.gov within the first five days of entering the national territory, and must send an employment contract in English (this in the case that it is a foreigner). In this way, they will be able to obtain a special visa to work.

What legal protections do you have as a domestic worker in the US?

The fact that you do not need a special license to work as a domestic worker in the United States does not mean that you do not have rights that protect you as an employee.

In several parts of the US, in fact, there is a Domestic Workers Bill of Rights. This is not a regulatory project approved at the national level, but it is in force in the following states:

In New York, for example, domestic workers must be paid at least the local minimum wage and are entitled to overtime after working more than 40 hours per week.

It should be noted that, as a domestic worker, you may also be entitled to unemployment insurance. However, this will also depend on the state regulations that govern these tasks.