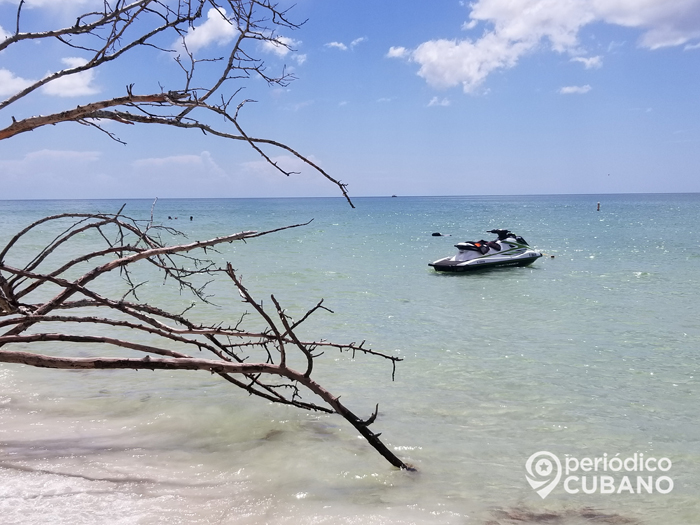 The president of the United States, Joe Biden, has condemned this Friday the “despicable, inconceivable and anti-American”, “anti-Semitic”, attacks against Jews and has called for them to stop.

“We have seen a brick thrown through the window of a Jewish-owned business in Manhattan, a swastika carved into the door of a synagogue in Salt Lake City, families threatened outside a restaurant in Los Angeles, and museums in Florida and Alaska, dedicated to celebrating Jewish life and culture, and remembering the Holocaust, vandalized with anti-Jewish messages”, the president has lamented in a statement.

Along these lines, he has asserted that will not allow these “fellow citizens to be intimidated or attacked for who they are or the faith they practice”, facts that, he has criticized, have “terrorized” the Jews of the country in recent weeks.

“We cannot allow the toxic combination of hatred, dangerous lies and conspiracy theories to put our fellow citizens at risk,” has continued, to remember that the Department of Justice will deploy all the tools at its disposal to “combat hate crimes”.

In recent days, he has reiterated, it has been seen “that no community is immune” to hatred, which is why he has called for “unity” to “silence these terrible and terrifying echoes of the worst chapters in the history of the world” and commit “not to give hatred a safe harbor”.

The US president has pointed out that May is Jewish Heritage Month in the United States, when “American Jews are honored who have inextricably woven their experience and achievements into the fabric of our national identity, overcoming the pain of history and helping to lead the fight for a more just, just and tolerant society.”

“Let’s all take on that job and create a nation that defends the dignity and security of all our people,” has sentenced.

However, the United States announced on Friday that it will impose a series of sanctions against Belarus, following the diversion of a Ryanair flight on Sunday and the arrest of a political opponent in Minsk.

In addition to the measures already announced in recent weeks, the White House said in a statement that it is drawing up with the European Union “a list of targeted sanctions against key members of (Alexander) Lukashenko’s regime”.

“The forced diversion by Belarus, under false pretenses, of a commercial Ryanair flight circulating between two member states of the European Union” and the arrest of journalist Román Protasévich “constitutes a direct challenge to international norms,” said White House spokeswoman Jen Psaki.

Economic sanctions against nine Belarusian state-owned companies, imposed again in April after the crackdown on pro-democracy protesters, will take effect on June 3.

Following the disputed 2006 elections, Washington prohibited all transactions with these companies.

The US Treasury later suspended these sanctions in 2015, welcoming some progress, but the US government warned in late March that this suspension could not be renewed at the next deadline.