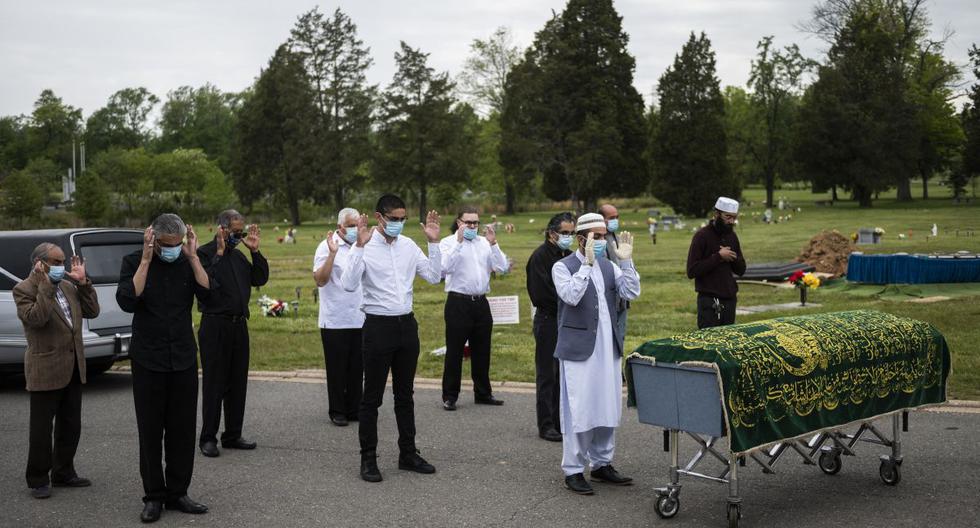 The United States registers 2,337 deaths and 71,836 new coronavirus infections in one day

Megan Boswell allegedly suffocated her 15-month-old daughter Evelyn with aluminum foil before disposing of her alive in a trash can at her father’s home in Tennessee.

A 15-month-old baby girl found dead in the backyard of a Tennessee home was buried alive by her mother after she was suffocated on a blanket and tin foil and thrown facedown in a trash can, authorities said.

Evelyn Boswell, who disappeared in December 2019 but was only reported missing two months later, was discovered in a trash can on her grandfather’s property, Crime Online reported.

“I believed (the can) was placed there recently,” Tennessee Bureau of Investigation Special Agent Brian Fraley told a court Friday.

“I observed a leg (with) a foot stuck…on top of the garbage. It was consistent with a baby of the missing victim’s described age.”

Her mother, Megan Boswell, faces a series of charges, including capital murder, aggravated child abuse and neglect, tampering with evidence, abuse of a corpse and making false reports.

Evelyn was reportedly suffocated with tin foil and a blanket.

Dr. Darinka Mileusnic-Polchan, chief medical examiner for Knox and Anderson counties, told the court that her death was a homicide caused by asphyxiation on four parts of her body, WJHL reported.

The forensic pathologist said Evelyn was still alive when she was placed inside the trash can, tightly wrapped in a blanket and aluminum foil.

She “she was like compressed in the can… (in an) accordion position. There was severe overextension of her head and neck…extreme extension,” she said.

“(The blanket) wasn’t just randomly placed (around her body). She was well wrapped (to) prevent her from breathing… The blanket left traces on (Evelyn’s skin),” added Mileusnic-Polchan.

Fraley, the TBI special agent, previously testified that Boswell had also claimed that her daughter accidentally died in her sleep with her and her then-boyfriend, according to WJHL.

On Friday, Mileusnic-Polchan said the girl was too old to have died that way.

“This was not an accidental suffocation. The manner of death was a homicide,” she said, adding that “it was not about a girl dying in her sleep.”

She added that decomposition and maggot infestation prevented investigators from determining whether blunt force trauma was a factor in death, but that the skeleton showed no damage, WJHL reported.

The hearing was held to discuss what images could be used as evidence after the suspect’s attorney, Brad Sproles, argued that some were too graphic and would possibly sway the jury.

District Attorney General Barry Staubus argued that the photos show no open wounds, blood or facial expressions and are relevant to the case.

Judge James Goodwin reviewed each photo, omitting one after saying there was something “absolutely bothering him” about the jurors, WJHL reported.

The girl’s mother allegedly lied about the disappearance multiple times.

“Every time we talk to her, her story changes from her,” Sullivan County Sheriff Jack Cassidy previously said, according to Crime Online.

On Feb. 18, 2020, when an Amber Alert was issued, Boswell allegedly told authorities that Evelyn’s father, Ethan Perry, had the girl and that she planned to pick her up, the news outlet said.

But investigators determined that Perry, a military officer stationed in Louisiana, did not have the girl.

Boswell has continued to maintain her innocence in the shocking case.