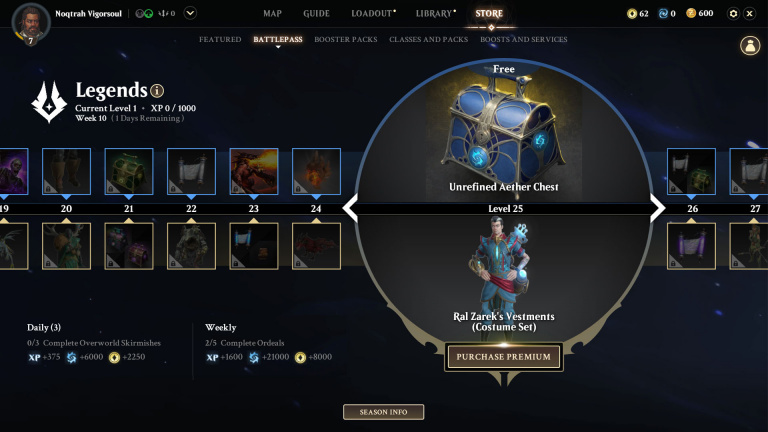 You can even lose items paid for in real money, never to see them again

Game developers, especially experienced ones like those behind a project the size of Diablo Immortalthey should have learned a lesson by now: take care of your users’ investments in real money, and make sure that the system in which to spend this money is not too close to “gamble”. Two precautions necessary not to end up in the eye of the storm, being pointed out by furious users and consumer associations. Well, the latest effort of Blizzard Entertainment e NetEase he does not seem to have learned his lesson, and here comes the natural controversy on time.

Diablo Immortal allows the loss of items paid for with real money:

A serious flaw, which makes the entire economic system on which the game is based well to be criticized. We mostly talk about the Boon of Plenty, which costs € 9.99, and allows you to earn a reward every single day, for thirty days, simply by logging into the game. Unfortunately, if you unfortunately fail to connect one day, the prize in question will not be postponed to the following day but will be permanently lost.

Another criticism of this monthly package is its decidedly pay-2-win nature, since the payers enjoy doubled health and damage for those thirty days, becoming on balance extremely more powerful than those who do not pay and making the PvP sector. hell for anyone who doesn’t pay – hell where whoever pays easily wins over whoever knows how to play.

Many have drawn stress from this feature of Diablo Immortal, finding himself with the anxiety, on the busiest days, to be able to connect to redeem already paid prizes that would otherwise be lost. There is also talk of a generally intrusive economic model, which sees the upgrading of equipment only possible thanks to objects present in the integrated shop. This makes it clear how the progression of the loot is closely related to the rifts, which can only be improved with the game currency.

All this results in less frequent players finding themselves with very little chance of grabbing a better loot and fully upgrading a character can cost even more than $ 100,000 – enough money to pay for half a house, better be aware of that. Other criticism made a Diablo Immortal it is the nature of the rewards released by the strongest bosses who, no, do not drop equipment but discounts to be exploited in the shop.

In short, reading all this makes this one discourage Diablo Immortal to anyone who is not willing to pay something to play, taking advantage of all the features of the game. Personally, I prefer to be patient until the future arrives Diablo 4.