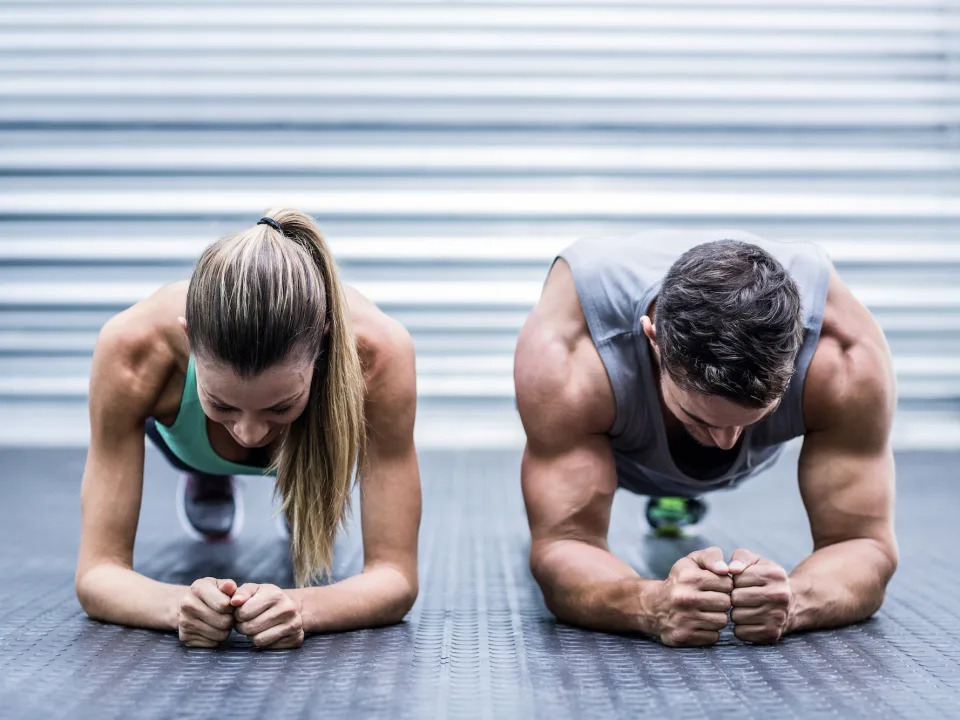 Our guts are full of life. Competing for space and food inside our gastrointestinal tract are around 100 trillion bacteria, viruses, fungi, and other single-celled organisms like archaea and protozoa.

Its functions range from helping to ferment the dietary fiber in our food to synthesizing vitamins and regulating our fat metabolism.

Our intestinal flora also helps protect us from unwanted invaders, by interacting with our immune system and influencing the degree of inflammation in our intestines or other parts of our body.

A lower diversity of these intestinal residents has been observed in patients suffering from obesity, cardiometabolic diseases and autoimmune diseases.

Certain diseases have been associated with too many or too few particular species of bacteria in our gut.

Having low levels of one of the most abundant bacteria in the intestines of healthy adults, called Faecalibacterium prausnitzii, has been associated with inflammatory diseases.

Numerous factors, including our genes, the types of medications we take, the stress we face, whether we smoke, and what we eat, can interact to alter the balance of microorganisms in our gut.

The composition of this internal community, known as the microbiota, is highly dynamic.

But just as simple lifestyle choices can alter our gut microbes, we can also make choices that help them thrive in a healthier way.

Eating a diverse diet that contains more than 30 different plant foods per week can help. A good night’s sleep and lower stress levels can also be beneficial.

Surprisingly, spending time in nature could also have a positive effect.

Perhaps even more surprisingly, however, exercise can also influence our gut bacteria.

We all know how beneficial exercise is for our physical and mental health, but could a jog after work be just what we need to keep our gut microbes in tip-top shape?

“Exercise appears to be affecting our gut microbes by increasing bacterial communities that produce short-chain fatty acids,” says Jeffrey Woods, a professor of kinesiology and community health at the University of Illinois who studies the effects of exercise on the body. human.

“Short-chain fatty acids are a type of fatty acid produced primarily by microbes and have been shown to modify our metabolism, immunity, and other physiological processes,” adds Jacob Allen, an assistant professor of exercise physiology at Illionis University who works next to Woods.

Over the past 10 years, research in both animals and humans has helped reveal just how powerful this link is between exercise and changes in the gut microbial community.

It was found, for example, that mice that were allowed to run on a treadmill whenever they wanted had significantly lower amounts of a bacterium called Turicibacter, the presence of which is associated with an increased risk of intestinal disease, say Woods and Allen, who led the study.

Mice that were sedentary or given a gentle push to encourage them to run had much higher amounts of these bacteria. (Forcing the mice to run is thought to have caused chronic stress that offset the benefits of exercise.)

Researchers have found that exercise also appears to lead to higher levels of a particular short-chain fatty acid called butyrate, which is produced by bacteria in the gut through fiber fermentation and has been linked to numerous health benefits. health.

Butyrate is the main fuel for our intestinal cells, it helps control the intestinal barrier and regulates inflammation and immune cells within our gut.

In 2018, researchers in the US also found that transplanting gut microbes from exercised mice into germ-free mice reduced the amount of inflammation in the intestines of the mice that received the microbes.

But while these animal studies provide some clues as to how exercise can alter the balance of gut microbes for the better, we’re not mice.

So what do the human studies tell us?

There is no shortage of studies showing that moderate to vigorous exercise such as running, cycling, and training can potentially increase the diversity of bacteria in the gut, which has been linked to better physical and mental health.

Doing aerobics for just 18 to 32 minutes, along with resistance training three times a week, for a total of eight weeks, could make a difference.

Athletes also tend to have greater gut microbial diversity compared to sedentary people, although some of this could be due to the specialized diets that competitors often eat.

But several studies have shown that the combination of exercise and diet can increase Faecalibacterium prausnitzii numbers and butyrate production in active women, often with improved bowel function.

People with low levels of this type of bacteria appear to be at increased risk of inflammatory bowel disease, obesity, and depression.

Studies by Woods and Allen have highlighted that running for 30 to 60 minutes can impact the abundance of butyrate-producing bacteria, such as Faecalibacterium, in the gut.

In a study involving 20 women and 12 men with various body mass indexes (BMIs), Woods and colleagues set out to determine whether six weeks of aerobic exercise can change gut microbes in previously sedentary human adults.

They asked the participants to do three sessions of moderate-to-vigorous intensity aerobic exercise a week, either running on a treadmill or cycling for 30 to 60 minutes.

Stool and blood samples were collected throughout the study, with dietary controls to limit dietary changes in gut microbes.

Their findings showed that “butyrate producers” increased in abundance with exercise training, regardless of body mass index.

Along with the change in the community of microbes, the lean participants showed an increase in short-chain fatty acids, such as butyrate, in their stool samples.

It suggests that while exercise can improve the health of the microbial community in our gut, these changes are transient and reversible.

Another small study, published in 2019 by a team led by Jarna Hannukainen of the University of Turku in Finland, noted more specific changes in microorganisms in the intestines of 18 sedentary participants who had been diagnosed with type 2 diabetes or prediabetes.

The researchers noted that both modes of training increased Bacteroidetes, a critical group of gut bacteria that play a role in breaking down sugars and proteins and prompting the immune system to produce anti-inflammatory molecules within the gut.

Reduced levels of these bacteria have been associated with obesity and irritable bowel syndrome.

Hannukainen and his team also saw significantly lower levels of molecules that indicate inflammation in the blood and intestines in participants who had been exercising.

The researchers say their work has also shown that exercise specifically reduces gut bacteria that have been associated with obesity.

Exactly how exercise leads to changes in the community of microorganisms that live in our intestines is still unclear, although there are several theories, says Woods.

“Lactate is produced when we exercise and this could be serving as fuel for certain bacterial species,” he says.

Another potential mechanism, he explains, could be through exercise-induced alterations in the immune system, especially the gut immune system, since our gut microbes are in direct contact with immune cells in the gut.

Exercise also causes changes in blood flow to the intestine, which could affect the cells that line the intestinal wall and, in turn, cause microbial changes.

Hormonal changes caused by exercise could also cause changes in your gut bacteria. But none of these possible mechanisms “have been definitively proven,” says Woods.

There is still much more we can learn about how our physical activity affects the creatures that live inside our intestines, such as how different types of exercise and their duration can alter the microbial community.

It can also differ from individual to individual, based on your existing intestinal residents, as well as BMI and other lifestyle factors, such as your diet, stress levels, and sleep.

But as scientists continue to uncover more secrets hidden within our gastrointestinal tract, we may find new ways to improve our health through the bustling and diverse communities of organisms that call us home. 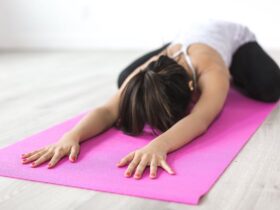 How To Choose An Excellent Workout For Yourself

The unexpected benefits of exercising in the water 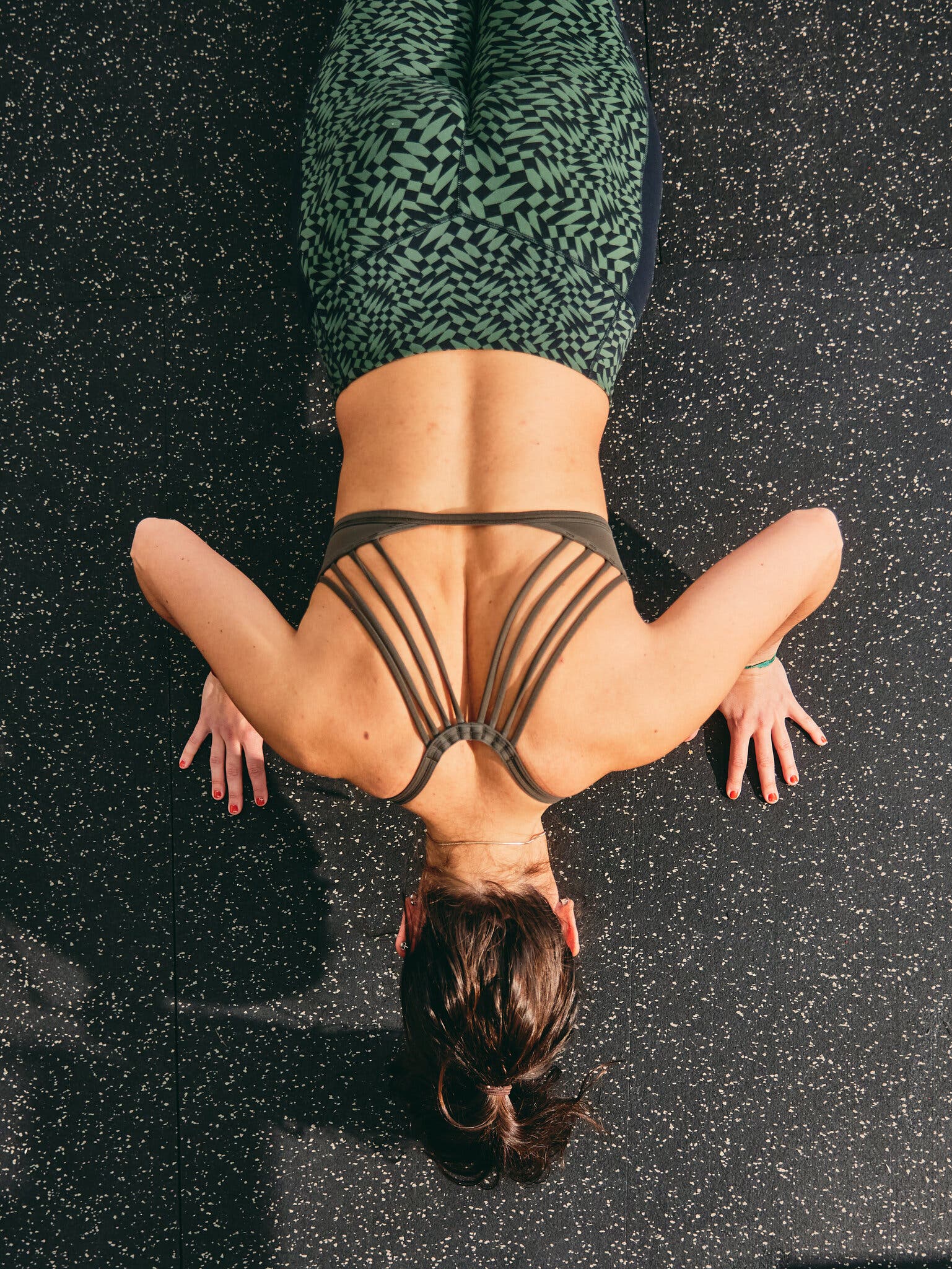 How to control lizards