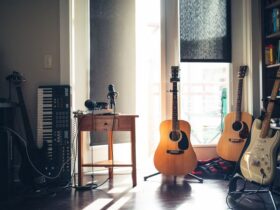 Netflix  seems to have a new success in the making. A particularly silent and unfussy one that little by little begins to sing victory. And it is that although the shadow of Stranger Things overshadows any premiere that wants to give the note, there is a Spanish series that has managed to capture the attention of a good number of users. And not only in Spain, but also in foreign-speaking countries.

Without enjoying the drums and cymbals that other national productions receive, The longest night landed on the platform on Friday, July 8 and immediately found followers. For example, at the time of writing this article three days later, it not only ranks third in the ranking of the most popular series on the service in Spain, but also fourth in Italy and eighth in the UK (to name a few). while the reactions travel right and left on Twitter in different languages. A repercussion that, without a doubt, does not drink so much from criticism or from word of mouth perpetrated by social networks (not enough time has passed for this), but rather it is intrinsically linked to the new conception that the world has of Spanish series.

Created by Xosé Morais and Víctor Sierra, the series takes place in a psychiatric prison called Baruca, where a serial killer named Simón Lago (Luis Callejo) is transferred without prior notice. His transfer is temporary and he only has to spend Christmas night until his hearing with the judge the next day. However, someone apparently powerful sends a convoy of armed men to get him out of there while a different side tries to keep him in place, resulting in the kidnapping of the prison director’s daughter (Alberto Ammann) with the intention of manipulating him to don’t let anyone take the murderer out of there. These two characters – the assassin and the director – play as central points of the story, which in turn branches out between the armed men who intend to enter,

The Longest Night is a fast-paced, fast-paced six-episode miniseries that, while encompassing too many dramatic arcs for its short duration, keeps our attention thanks to the infallible formula of mixing action, drama and thriller with a montage designed not to allow any distraction. Here everything is fast, jumping from plot to plot, from mystery to mystery or from shootout to shootout, following in the wake of The Money Heist.  And this is not a subtle or gratuitous comparison. They have many elements in common, such as placing the action in an environment of confinement and danger; where there are prisoners/hostages; cops/strategists who want to get in; a morally dubious protagonist while a criminal/villain puts the drop of malice. All this sealed with an open ending that leaves questions in the air to be answered in another season.

And it is precisely because of this comparison and the weight of La casa de papel in the collective memory among the world’s seriéfilos that The longest night is achieving international repercussion . And I am not based solely on the fact that the series has managed to sneak into the most popular of the service in different countries, but on the reactions that can be found on social networks. Because while the critics have gone very unnoticed and the compilation and rating sites hardly take it into account (in RottenTomatoes there is a minimal and almost non-existent score, iniMDBbarely a handful of users have voted for it and it doesn’t even appear on Metacritic), The Longest Night is being highly commented on Twitter. And not only in Spanish with countless users recommending it or talking about that open ending, but English-speaking users who are also showering it with praise.

And now I am going to explain the theory behind this success outside our borders and in just a few days. Although Spanish cinema has Pedro Almodóvar as a global reference (as much as we have other outstanding filmmakers, he is undoubtedly the first name that the world remembers when we talk about modern Spanish cinema); when it comes to series something curious and different happens.

Because while we have seen many stories since Netflix began to produce in Spain -assky red, Feria, Valeria, Elite,White lines,Jaguar and a long etcetera- only a handful managed to cross the language barrier. And with the exception of Valeria and a success that, in my opinion, draws more from the casual functioning of female romantic comedies worldwide (and not so much due to its original merit) or Elite and the always infallible phenomenon of adolescent characters, the world has a new conception when you think of Spanish series and, exclusively, when it comes to the thriller .

Just as Japanese horror had its own phenomenon with J-Horror at the beginning of the 2000s, or the Nordic series imposed their noir style on the criminal stories of the last decade or The Squid Game has opened the ban on mass consumption of series South Korean, The paper house has awakened a phenomenon that goes beyond the series itself. And it is to have strengthened the confidence of the international spectator in giving an opportunity, and without hesitation, to the Spanish thriller bets .

Throughout three seasons, the Álex Pina series ended up becoming one of the most consumed contents of the entire catalog of Netflixworldwide, developing a level of fidelity that was molding the blind faith towards the Spanish thriller. Because if Netflix knew how to do something as a result of the phenomenon, it was to exploit the discovery and give free rein to the production of the genre. And although on several occasions they blew it by far ( White Lines, Sky Rojo, Jaguar ), on many others they managed to keep the bar, strengthening that confidence more and more.

We saw it when The Hole became a worldwide phenomenon at the beginning of the pandemic. Or whenBelow zero He gave the note on social networks with many international users commenting on the thriller starring Javier Gutiérrez, or The Innocent, who did the same with Mario Casas. Even more recently when lies found its niche despite being a remake of a popular British series and having previously been broadcast on Antena 3 or, without going any further, entrevías, the Telecinco series starring José Coronado that we also saw amassing followers in English-speaking countries. Moreover, I am convinced that Pálpito, the Latin American production with a slight thriller tone but with a telenovela air, touched off this phenomenon. Because although in Spanish-speaking countries it could have benefited from the “boom” of soap operas, in other territories it would have won the easy “click” for being shown as a thriller in Spanish.

Who would have thought a few years ago that Spanish series would have such a prominent role in the thriller universe? When the national series only traveled through open television, and for the most part squeezing comedy to the fullest and without deep stories. But consumption has changed and the Spanish industry has been able to adapt until it found this infallible niche.

In short, La casa de papel will have laid the foundations of this trust for the Spanish thriller. However, hits such as El Hoyo, Bajocero, El Inocente or Entrevías continued to build this bridge between the foreign-speaking audience and the nationally produced genre, creating this new conception of associating the Spanish thriller with a recommendable bet that now benefits from straight way to The Longest Night . And while it only seems to happen in Netflix, the national industry has an important gap to analyze and make the most of.