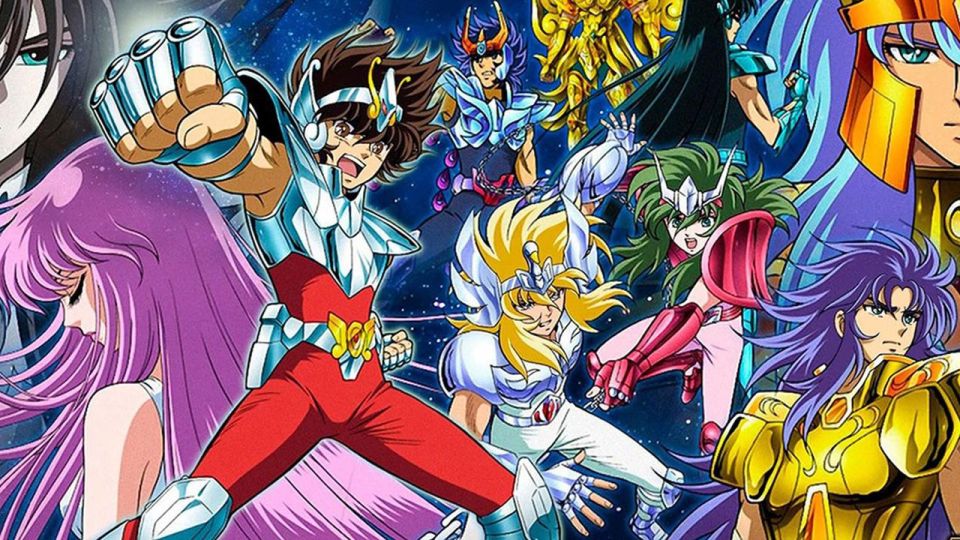 Netflix to remove Knights of the Zodiac from its catalog

‘Avatar 3’ already has its place on the calendar, and that only a few weeks ago its predecessor, ‘Avatar: The Sense of Water’, was released on the big screen (we already wonder how future sequels will differ from ‘Avatar’). Having seen the data, it is clear to us that the world of Pandora will continue to grow in the hands of James Cameron, who lives up to his official title of King of the World (or of Hollywood) by creating one of the most ambitious sagas of our time. As the critics of ‘Avatar’ already pointed out at the time, the secret of its success lies in “the virtuous application of motion-capture and its ability to simulate a hyper-realistic immersion experience in the elusive matter of dreams.”

The first ‘Avatar’ (which also fell into the fever of theatrical re-releases) became the highest grossing film of all time and was defined as a visual prodigy. Its sequel, ‘Avatar: The Sense of Water’, hit theaters more than a decade later, on December 16, 2022, and is already sweeping the box office. We waste no time and we already have our sights set on a third installment that will explore other spaces on the planet of Pandora, and that could also become one of the best science fiction movies in the history of cinema. We compile here everything we know about its release date (already confirmed), synopsis, cast and the available images that are coming to us.

As James Cameron has a lot of anticipation with this saga, we already have the official release date for ‘Avatar 3’: December 20, 2024. Now, as always, it is a date subject to change and we will see if it is maintained at all. the time that separates us from that moment. There may be complications on the set, perhaps another pandemic… It’s unpredictable. What is certain is that the criticism of ‘Avatar: The Sense of Water’ and above all its incredible box office numbers augur a promising future for the saga.

What can give us some security is that, as confirmed by James Cameron, the first two sequels to ‘Avatar’ were shot at the same time, taking advantage of all available resources so as not to waste time. “I’m in the process of writing the next two ‘Avatar’ movies now. We’re planning to shoot them together and [edit them in post-production] together, and we’ll probably release them not back to back, but a year apart,” he said very early in production. the same director. At the moment, these statements are not fully fulfilled: while the second installment will arrive at Christmas 2022, the sequel will jump to Christmas 2024, which is two years apart.

In the week of the premiere of the second installment, Cameron was still confident, in statements for Digital Spy, on said delivery date, giving more details about the state of the tape’s post-production. This was said in December 2022, that is, two years after the planned premiere.

We already did most of the work. We still have to go through the whole completion process with Wētā FX on ‘Avatar 3’. But I’m pretty sure we’ll be back here in a couple of years.

Already in January 2023 and with the sequel surpassing a million at the box office, Cameron took a breath and began to speak of the sequel (or sequels) as a fact. With the film already being a confirmed success, the doubts have turned into certainty. There will be ‘Avatar 3’ as planned, and things have to go very badly so that the fourth and fifth installments do not arrive. In statements on CNN the director confirmed it:

It seems like just with the momentum the movie has now, it will easily pass our goal in the next few days, so it seems like I can’t get off the boat, I’ll have to do these other sequels. I’m sure we’ll have a chat with the top people at Disney soon about the plan for Avatar 3, which is already in the can: we’ve already captured and photographed the entire movie, so we’re in extended post-production to do all of that. computer generated magic. And then ‘Avatar 4 and 5’ are written. We even have some of the four shot. We have started a franchise. The official title of the third installment of ‘Avatar’ has not yet been confirmed, but a first provisional title that could be kept was revealed: ‘Avatar: The Seed Bearer’. James Cameron clarified that different titles were being considered and that this was just one of many options.

At the moment we have a fairly definitive cast for the film, led, of course, by Sam Worthington as Jake Sully and Zoe Saldana as Neytiri. Now, we will have to see how the events of ‘Avatar: The Sense of Water’ unfold to really know the fate of the characters that are most familiar to us. They could give us some other surprise.

According to IMDb, this is the main cast of the third installment of the saga:

According to the cast that is included in IMDb, Kate Winslet would not repeat her role from the second installment in a third film. However, the information in the database may be outdated, or even wrong to avoid spoilers. We will have to wait for an official confirmation.

The exact plot of the third installment of ‘Avatar’ is still unknown, but James Cameron has left more than one clue about which settings we will visit on Pandora. In April 2010, the director confirmed that ‘Avatar 2’ would be set in the oceans (it’s called ‘The Sense of Water’ for a reason), while ‘Avatar 3’ would be set in the Alpha Centauri System, although more than a decade ago. then the details of the script could have changed. Can Cameron clarify this for us, please.

What we know for sure is that the director’s intention with this group of ‘Avatar’ sequels was to further explore the ecosystem and cultures that inhabit the planet of Pandora, whether by land, sea or air.

When asked in an interview with France’s 20 Minutes, Cameron gave the first details about the “Ash People,” a new Na’vi culture that could play more of a villainous role. “Show different cultures to the ones I’ve already shown. Fire will be represented by the ‘People of Ash’. I want to show the Na’vi from another perspective because, for the moment, I’ve only shown their good side. In the first films “There are very negative human examples and very positive Na’vi examples. In ‘Avatar 3,’ we’ll have the opposite.”

We can also speculate as a result of the end of the second installment (and does ‘Avatar 2’ have post-credit scenes). Keep reading if you’ve already seen the movie…

SPOILERS for ‘Avatar 2: The Sense of Water’ below

Those who have already seen the second installment of ‘Avatar’ will know that, unfortunately, the sequel works as a long introduction to this third installment. Unlike the first, which was self-contained, the second part dedicates its first half to introducing us to the Sully family and the aquatic Pandora and its second half to laying the foundations of the war that we will see below.

With Sully and his family hiding from him, avoiding the conflict, the death of his eldest son is the trigger that the protagonists needed. The Metkayina, previously far from the conflict, decide to also enter the war to prevent the death of their beloved cetacean brothers. As in the first movie, everything points to a natural awakening of Pandora to fight against humans, much more organized and with a gigantic established base. The film should explore, on the one hand, the mystery of Kiri and her connection with Eywa. It’s clear that Sully’s mysterious adoptive daughter has a more powerful connection to the Great Mother than usual. She guides her family out of the sunken ship through the lights, and she and her connection with Eywa, as well as the origin of her birth, will be key to tipping the war conflict towards the side of the Na ‘saw. Beyond exploring the romantic interest between Lo’ak and Tsireya, which could test the union between the Na’vi of the forest and those of the reef, it is also worth wondering about the fate of Spider. Pandora’s adoptive son decides to save the avatar of his biological father, Colonel Quaritch. Being rejected by Neytiri and the consequences of having saved the greatest enemy of his friends could lead to betrayal, and disputes. Perhaps even Spider will come to mind the images of how Neytiri killed his father, and he will take revenge… In short, the pieces are in place, but we will have to wait until the arrival of ‘Avatar 3’ to see the end of this new conflict.

Ashley Johnson is the lead reporter for Globe Live Media on things related to Entertainment, Lifestyle, and Music. Being a fitness enthusiast, her background involves growing up in Beverly Hills, where She often interacts with famous Artists and also talks about their ways for a Healthy Lifestyle. She is in fact a profound Yoga student. You can be well assured about the authenticity and quality of Lifestyle, Health, and Music reports published by her. She is a part-time gamer too, so she will also cover the gaming section of Globe Live Media every now then.

Ashley Johnson
View More Posts
Ashley Johnson is the lead reporter for Globe Live Media on things related to Entertainment, Lifestyle, and Music. Being a fitness enthusiast, her background involves growing up in Beverly Hills, where She often interacts with famous Artists and also talks about their ways for a Healthy Lifestyle. She is in fact a profound Yoga student. You can be well assured about the authenticity and quality of Lifestyle, Health, and Music reports published by her. She is a part-time gamer too, so she will also cover the gaming section of Globe Live Media every now then.