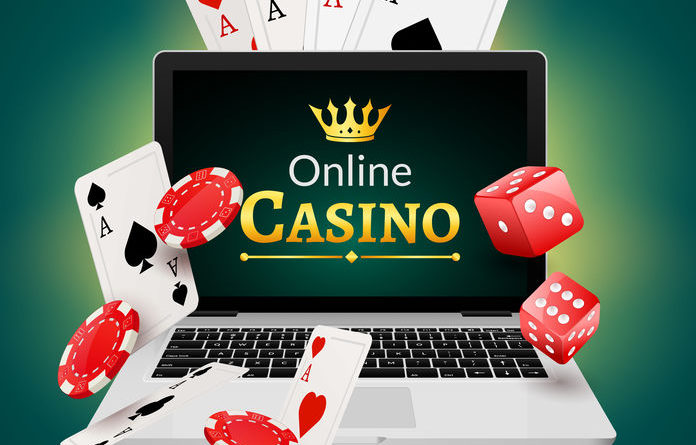 How to choose your online casino

Anyone who owns a casino has a license to print money. At least that is how the general public imagines the operation of an arcade.

Anyone who has ever left money in the casino knows the feeling: you have to have a casino! Gambling has made some people rich, and of course that includes casino owners in Las Vegas and around the world.

We present the international top 10 richest casino owners in 2022.

These billionaires have made their fortunes from casinos
As is well known, the bank always wins. This casino saying refers to the house edge that the casino has.

However, there are also counter-examples and the case of the Donald Trump casinos shows that it is also possible for a gambling establishment to go broke. So you should have some business sense if you want to get rich as an organizer of casino games.

The following top 10 billionaires all made their fortunes from casinos and gambling. The top six even make it onto the list of the 1,000 richest people in the world.

Miriam Adelson is the widow of Sheldon Adelson, former CEO of casino company Las Vegas Sands, who passed away in January 2021 at the age of 87. The 77-year-old inherited the estate together with the Adelson family.

Miriam Adelson now owns more than half of the shares in the gambling empire, which is listed on the New York Stock Exchange and operates casinos in Las Vegas in the USA as well as in Singapore and Macau.

As a physician, she has focused on addictions, opening an opioid addiction research clinic with her husband, Sheldon Adelson. Her current wealth is $25.8 billion, making her the 49th richest person in the world.

The famous Venetian Casino is the first that Sheldon Adelson opened in Las Vegas. The Las Vegas Sands empire began in 1989 with the purchase of the Sands Hotel. However, Adelson had the hotel demolished to be replaced by the Venetian in 1997.

The company went public in 2004 and began building the Palazzo Casino the following year. At the same time, the company expanded to Asia. In the following decade, Las Vegas Sands also tackled projects in Europe.

Lui Che Woo is the Chairman of the Galaxy Entertainment Casino Group in Macau and the construction company K. Wah International.

The 93-year-old Chinese from Hong Kong is considered an absolute self-made man and runs his business together with two of his five children. His son Francis is responsible for casino operations in Macau, while his daughter Paddy and son Alexander run the construction company.

Lui Che Woo benefited from Hong Kong’s post-WWII construction boom and made the early days of his fortune in crushed stone.

Subsequently, Lui Che Woo has invested in properties and hotels in Hong Kong and mainland China. In 2002 he ventured into gambling in Macau and since then has held one of the six casino licenses there.

Lui Che Woo’s net worth is US$10.6 billion, making him the 163rd richest person in the world.

Among other things, he is committed to charitable causes and, with more than one billion of his private assets, has set up a foundation and a prize for a “positive attitude towards life”.

James Packer will have a net worth of $3.4 billion by 2022, making him the 801st richest person in the world. Packer is the largest shareholder in Crown Resorts, which operates casinos in Australia and London. He took over the company from his late father, Kerry Packer, who became wealthy as a media mogul.

In 2018, however, James Packer resigned from the board of directors of Crown Resorts and the media company Consolidated Press. In February 2022, finance company Blackstone acquired Crown Resorts.

Born in Australia, James Packer lives in Los Angeles, USA. He has three children with his ex-wife. In 2019, he made it into Australia’s ten richest people.

Packer also made a name for himself with his brief liaison with American singer Mariah Carey. Packer called off the engagement and paid Carey a settlement.

Stephen Alan Wynn is known as Steve Wynn and gave his name to Wynn Las Vas Casino. The businessman has also created other of the most famous Las Vegas venues , including The Mirage, Treasure Island, Bellagio and Golden Nugget, as well as the Golden Nugget in Atlantic City and Beau Rivage Mississippi. Steve Wynn had a lasting influence on the expansion of the so-called Las Vegas Strip in the 1990s.

Wynn inherited the beginnings of his fortune from his father, Michael, who ran bingo venues on the East Coast of the United States.

In 1967, Steve moved to Las Vegas, where he acquired an interest in the Frontier Hotel and Casino. With the help of the Bank of Las Vegas, he financed further deals for real estate and casinos.

In 1971, he acquired a stake in the Golden Nugget Casino and continued to grow it, becoming the youngest casino owner in Las Vegas history. Wynn brought Frank Sinatra to the Golden Nugget Hotel as an entertainer and remains friends with the Sinatra family to this day.

Wynn founded Wynn Resorts in 2002 with his then-wife Elaine. His current fortune of $3.2 billion ranks Steve Wynn, now 80, as the 871st richest person.

Phillip Gene Ruffin, known as Phil, is one of America’s classic businessmen who worked his way up from the bottom. Born in 1935 in Texas, he is descended from Lebanese immigrants and his father worked as a grocer.

Phil Ruffin dropped out of college to sell hamburgers with friends. He invested his profits in self-service gas stations and a chain of convenience stores. He expanded his business to include a hotel and the largest manufacturer of hand trucks.

Ruffin’s steep rise brought him more hotels and shopping malls. He bought his first casino, New Frontier, in 1998 for $165 million. In 2007 he sold it to Israeli billionaire Yitzhak Tshuva for $1.2 billion.

Thanks to the economic crisis, Ruffin was able to take over the Treasure Island Casino in 2009 for only 775 million US dollars. The Circus Circus Casino and Las Vegas Festival Grounds followed in 2019.

Phil Ruffin is close friends with Donald Trump and owns 50 percent of the Trump International Las Vegas Hotel. His assets of around 3 billion US dollars make the 87-year-old the 915th richest person in the world.

Pansy Ho is the second of three women on the list of the world’s richest casino owners. The 60-year-old Chinese from Hong Kong was seen on the stages of Hong Kong and in show business in the 80s. She then supported her sister and her career as an actress and singer.

Today Pansy Ho has a net worth of $3 billion. She is the 923rd richest in the world and the 28th richest resident in Hong Kong.

Pansy Ho is Chair of Shun Tak, a construction company in Hong Kong and Macau that operates hotels and passenger ferries. After his death in 2020, she took over the business from her father, Stanley Ho, who is known as the Macau gambling mogul.

Angela Leong is Pansy Ho’s mother-in-law, although she is only a year older. The Chinese from Hong Kong comes from a wealthy military family, but was threatened by poverty after the death of her father.

Angela Leong went to dance school and that year met Macau casino mogul Stanley Ho, whose brother was in the same class as her. She became his fourth wife and has taken over a large part of the shares in his casino company SJM. Leong heads the company and is also an elected MP from Macau.

But she owes her prosperity above all to her early investments in real estate in Hong Kong. Angela Leong has US$2.7 billion, making her the 33rd richest person in Hong Kong and 1,035 internationally.

Lorenzo Fertitta has made his fortune as a promoter of mixed martial arts UFC fights along with his brother. Her interest in martial arts began with MMA classes. In 2001 they acquired the Ultimate Fighting Championship for $2 million and sold it back in 2016 for $4 billion.

They were able to sell their remaining shares for another 5 billion just a year later. Her father founded the casino company Red Rock Resorts, which they went public with in 2016. Lorenzo Fertitta is now 53 years old and has a net worth of $2.7 billion. He lives in Las Vegas, Nevada, USA.

The 60-year-old Frank Fertitta III. has a net worth of just under $2.6 billion than his younger brother. He ranks 1,044 among the richest people and also just behind Lorenzo at 1,036.

Lim Kok Thay is the Chairman of Genting, a group of companies that operates casinos and resorts worldwide. Its assets also include Empire Resorts. The 71-year-old was born in Malaysia but descends from Chinese immigrants from Fujin.

His current fortune of $2.1 billion has increased in recent years due to a dispute over the companies and family fortunes, however, the disputes were settled in 2020.