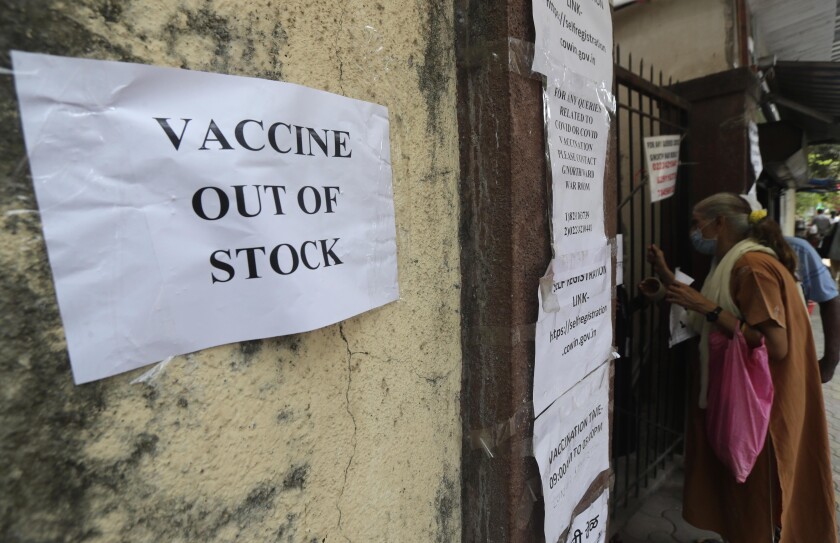 India to approve vaccines with green light from WHO and regulators

In one year, soldiers also carried out more than two million searches and nearly one million patrols nationwide during the period June 2021 to May 2022, according to data published by the Ministry of Defense.

The role that the Armed Forces has played to combat gangs, dismantle criminal structures and seize millionaire shipments of cocaine has been relevant in the current management to position El Salvador as one of the safest countries in Latin America.

Sample of the operation that the institution has had, between June 2021 and May 2022, are the 13.4 tons of cocaine seized valued at more than $325 million, whose shipments were intercepted by the Trident Naval Task Force in conjunction with the Anti-Narcotics Division (DAN) of the National Civil Police (PNC) and the Office of the Attorney General of the Republic (FGR).

This coordinated work between these institutions has also been reflected in the capture of 42 people, between nationals and foreigners, linked to international drug trafficking who were captured when transporting large shipments of cocaine, who were seized 12 drug boats and 4 semi-submersible ships.

In December 2021, the Naval Force seized two semi-submersibles that were transporting 4.1 tons of cocaine valued at more than $103 million, for this reason the country was positioned along with the United States and Colombia among the five best in America for achieving this type of feat.

Other contributions that the institution has provided to the country have been reflected in the work carried out by the Zeus, San Carlos, Sumpul, Águila, Thunder commandos, as well as the Vulcano Task Force, which has been key to reducing the number of homicides. which is currently estimated at 0.4 per day, something unthinkable in ARENA and FMLN governments when there were up to 30 murders per day.

This sustained reduction in crime translated into international recognition for El Salvador, as it stood out among 12 Latin American countries for its low crime rates.

Defense statistics detail that in just one year, military units carried out more than two million searches nationwide and nearly one million patrols.

In addition, these patrols also served for the soldiers to seize more than $144,000 in cash, product of illicit activities; while the seizures for smuggling of merchandise in the 195 “blind” points near the borders totaled $937,819.

The operation of the military commands has as its main objective to ensure the safety of the population, hit the finances of criminals and get criminals off the streets.

According to official data, there are 18,000 soldiers – out of a total of 23,000 – who support the Police in security tasks, the rest cooperate with other institutions such as the Ministry of Health, Education, Tourism and Civil Protection.

Since June 20, 2019, when the president, Nayib Bukele, launched the Territorial Control Plan, the military institution made the seven commands available to curb crime, mainly that generated by gangs.

Unlike previous governments, the current management has been characterized by providing supplies to the Army, an example of this was the 1,100 helmets and 956 bulletproof vests that President Bukele delivered to the troops in October 2021, whose investment exceeded one million Dollars.

And the week before, the Minister of Defense made another delivery of 1,000 vests and 150 bulletproof helmets, valued at $507,000.