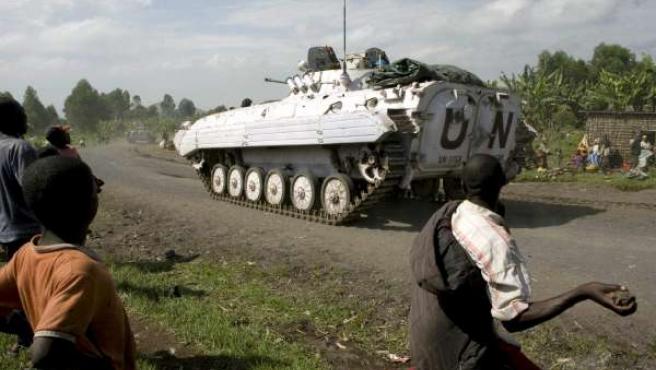 During the afternoon of Saturday in the state of Sonora, a an intense shootout derived from the confrontation between elements of the Mexican Army and alleged members of the Sinaloa Cartel.

This happened in Altar after stopping a priority target by military elements, which triggered the confrontation and blockades by the alleged assassins.

This was reported by the authorities through their official Twitter account, in which they reported that together with the military, there were agencies of the three orders of government and asked citizens to take precautions when moving through the sector in which the operation was carried out.

And it was not until Saturday night when the Secretary of Public Security of Sonora (SSP), released the results of this.

According to the Secretariat, he was arrested at 4 generators of violence in the area and shot down one morewho carried out detonations against the security elements.

However, they disclosed that of the elements of the army one of them was injured and another lost his life in compliance with their duty, so they sent a show of solidarity to his family.

Although they did not give more details regarding the identity of the detained persons, local media reported that it is the leader of a local criminal cell.

In the operation led by the Mexican Army, in which the three orders of government in Altar participated, vehicles and high-powered weapons were also seized.

The security unit also reported that the area is in order and with the presence of the authorities, so circulation is safe.

Videos captured by different people who shared them through social networks in which the numerous and incessant detonations of firearms can be heard were broadcast.

Likewise, other images were shown in which blockages can be seen with trailers on main avenues. Initial versions indicated that it was part of a rescue strategy, while others only mentioned that it was about creating chaos.

The obstructions were recorded on the International highway that corresponds to the Santa Ana – Altar and Altar – Pitiquito sections, according to local reports.

On the other hand, information has emerged that the objective of the army operation was to arrest a supposed relative of Jose Bibiano Cabrera Cabrera, the Durangoleader of New peoplearmed arm of the Chapitos.

Sources consulted indicated that the final report will be given through the Secretary of National Defense as usual because they lead security operations, although they are supported by local police.

Altar It is an area dominated by the hunterscell attached to New people and which works in conjunction with the Salazars. These are operators of Ivan Archivaldo Guzman Salazar, the Chapito, as well as his brothers, Jesus Alfredo Guzman Salazar, Alfredillo, Ovidio Guzman Lopez y Joaquin Guzman Lopez.

The Hunter was under the orders of Jose Bibiano Cabrera Cabrera, the Durangowho led the fight against relatives of Rafael Caro Quintero in the desert of Caborca. However, the arrest of this subject was reported in April 2021