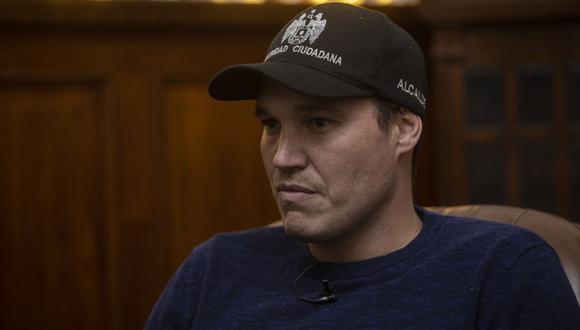 Four workers from a residence for people with disabilities in the Community of Madrid testify this Wednesday before the judge as unavoidable for the alleged violent death in May 2020 of a 28-year-old autistic young man of Peruvian nationality.

The summons, to which Europa Press had access, comes after in December 2020 the Provincial Court of Madrid ordered an investigation of the facts at the request of an appeal presented by the family through the Ospina Abogados office against the decision of the judge of instance, Instruction No. 45 of Madrid, to file the case.

The director of the center, who has been summoned as a witness, will give the judge the recordings of the security cameras during the night in which the young man was found in very serious condition in his room.

The lawyer Juango Ospina has indicated to Europa Press that they trust that “this time all the procedures will be carried out in the search for the truth, and that a vile murder, such as the killing of a defenseless autistic child in bed, will not go unpunished. ”

The overturning of the case occurred because when the file took place “the investigator did not yet have the police report on the events”, but at the time of resolving the previous appeal for reform, yes “.

The boy, who suffered from 92% of intellectual disability, had been admitted to this residence for nine years. The family received a call on May 14 at 10:00 pm in which they were told that “the little boy had suffered a respiratory attack but not to worry because he was already on his way to the hospital.”

The minor was admitted to the hospital at midnight but had already lost his life. He had bruises all over his body and a severe blow to the head. From the residence they told them that their son was self-injuring.

On the same day of death, someone from the residence called the child’s mother and informed her that “he had suffered an attack, having been hit on the head and chest and that was why he had died, that he had to report the facts so as not to let the murder not go unpunished.”

According to his lawyer, the family was in charge of obtaining all the medical reports stating that the minor had bruises on the head and neck, being “the real reason for his death a cerebral palsy.”

The homicide section of the Provincial Judicial Police Brigade was the body in charge of carrying out urgent investigation inquiries, moving to the residence and taking statements from all the personnel.

The video surveillance cameras were then requested without being provided correctly, and consequently the clinical history of the deceased minor.

After carrying out the appropriate investigations, the Police sent their report to the investigating court, where they gave a statement to the medical staff of the residence. The doctors stated that the minor hit himself and that was why he had bruises, but that none of them claimed to have knowledge of criminal acts.

Despite the fact that the mother denied that her son was self-inflicted and that the Police had intuited that the death could have been caused by one or more of the minor’s caregivers, the investigating court decided to archive the case on the understanding that there was no known perpetrator and that the evidence of criminality was not sufficient to continue the investigation.

The family hired the criminal law firm Ospina Abogados to represent their rights as a private prosecution. They appealed the file order alleging the existence of “indications of violent death, possible complicity between the perpetrators of the crime and even possible murder.”

After that, the Court upheld the appeal and ordered the investigating judge to continue with the investigation of the case to clarify the facts and, above all, to make the video recordings of the interior of the residence and to know who was the last doctor who entered the room of the deceased.

Thousands march in rejection of candidate Keiko Fujimori in Peru