Elections in the CDMX: Who are winning in each of the mayoralties according to the PREP

Alejandro Gertz Manero is currently the owner of the Office of the Attorney General of the Republic (FGR). He was elected to the position on January 18, 2019, shortly after the president Andrés Manuel López Obrador (AMLO) took the presidency of the Republic, and became the first to take office as attorney general.

Gertz Manero is a doctor of law from the National Autonomous University of Mexico (UNAM), and was a member of the Advisory Council to guarantee the Peace of President López Obrador. 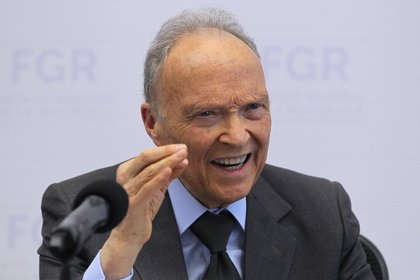 His first position in public service was as general secretary of the National Institute of Anthropology and History. EFE / Mario Guzmán / Archive

From 1976 to 1983 he was Attorney General for the Defense of Labor. In 1998, he was President of the Citizen Council for the Procurement of Justice and Public Safety of the then Federal District.

From 1998 to 2000, he served as Secretary of Public Safety for the Federal District.

From 2000 to 2004 it was Federal Public Security Secretary and General Commissioner. From 2009 to 2012 he developed as Federal Deputy and President of the Marine Commission.

Gertz Manero studied for a degree in Law, at the Escuela Libre de Derecho, and later studied a doctorate in Law at UNAM. From 1995 to 2018 he was Rector of the University of Las Américas.

He has also been a professor at the Autonomous Technological Institute of Mexico (ITAM), and at UNAM.

He studied a doctorate in law at UNAM. (Photo: Instagram)

During AMLO’s presidential campaign, Gertz Manero was an advisor to the presidential candidate, and was later elected as head of the Attorney General’s Office (PGR).

He is a member of the Barra Mexicana, Colegio de Abogados, AC; of the Illustrious and National Bar Association of Mexico, AC and the Mexican Academy of Education.

Competed against Bernardo Bátiz and Eva Verónica de Gyves to become the first Attorney General, but with 91 votes in favor in the Senate, he beat them.

Gertz Manero has been criticized for the case of Emilio Lozoya Autin, former director of Pemex, who was arrested in February 2020, because after extraditing him from Spain to Mexico, the prosecutor turned him into a collaborating witness and granted him the criteria of opportunity to betray his superiors.

Lozoya Austin is accused of having received millionaire bribes from the Brazilian company Odebrecht, of millionaire deviations within the State production company, as well as of having bought the Agronitrogenados fertilizer plant at a surcharge that caused a loss in Pemex’s finances. So far nothing is known about the case, and Lozoya is free.

It has been disclosed that the prosecutor has had problems with his in-laws as a result of the death of his brother. And it is that since 2015, the year in which his brother Federico (82 years old) became ill and died, he faces a personal and legal lawsuit against the widow of his relative, Laura Morán (today 93 years old), as well as against his children . The highest point of this fight has been lived since October 2020 when one of Morán’s daughters, Alejandra Cuevas (67), was arrested and charged with the crime of negligent homicide, of the one who was his stepfather.

Throughout the network there has been money involved, archived conversations and alleged negotiations that put on the table a possible influence peddling from the figure of the Mexican prosecutor. 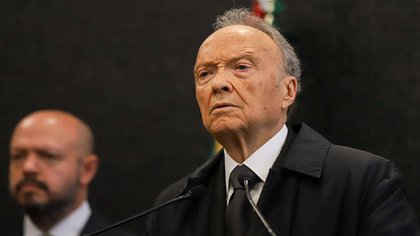 In recent days it was learned of problems he has with his in-laws after the death of his brother. (Photo: Cuartoscuro)

Everything started in August 2015 when Federico Gertz became ill. His brother Alejandro immediately denounced his wife Laura Morán and her two daughters, Alejandra and Laura, for attempted murder, alleging that they did not provide her with the care she needed. At the end of that month, the then Attorney General’s Office of the Mexican capital searched the house where Laura and Federico lived and he was taken to the hospital, at the request of Alejandro Gertz.

On September 27, 2015, Federico Gertz, the prosecutor’s brother, died. Then the current Mexican prosecutor updated the complaint against Morán and his daughters for intentional homicide due to omission of care, insisting that they did nothing in the face of the deterioration that cost his brother his life, who when he died was 82 years old, it should be remembered .

However, in April and October 2016, the CDMX Attorney General’s Office filed Alejandro Gertz’s complaint. But in July 2020 the case was turned upside down – Gertz Manero had already been appointed Prosecutor of the country – and Laura Morán and her daughter Alejandra Cuevas were prosecuted.