Michel Franco presents ‘New order’: “Without a doubt Trump incited the assault on the Capitol. People copy what they hear”

An armed group attacked four men in the Bugambilias colony, located in the municipality of Jiutepec, Morelos. Three of them were killed by gunshot wounds, and one was seriously injured.

The first reports indicated that the attack took place around 10:00 p.m., when the victims were on the Paseo de las Delfas street having some beers. The survivor was taken by his relatives to the Civac fire department, to be later taken by rescuers to the hospital.

Elements of the state police went to the area where they found the bodies of the subjects, between 20 and 35 years old, who were lying on the ground, face down. The alleged perpetrators were traveling in a white Ibiza car and brown Duster pickup, vehicles in which they managed to escape.

Paramedics arrived at the scene and only confirmed the death of the three men. Elements of the Morelos security body cordoned off the area so that the Institute of Expert Services and Forensic Sciences (SEMEFO) carry out the corresponding inquiries. 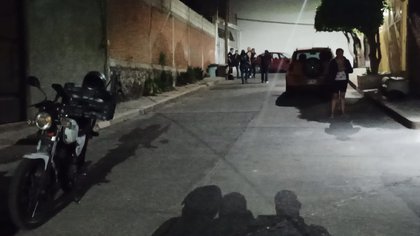 Two corpses were left together and another ended up further away.

So far, the municipal authorities have not expressed themselves to the topic. The victims have not been identified, and no arrests or operations are reported to find those responsible.

In some images circulating on social networks, two bodies were left together and very close to a white pickup truck. One of them wore a white shirt, open to the chest, and blue jeans, while the other had a black shirt, with the legend “Levi’s”, and a navy blue shorts with two white stripes on the sides.

On the other hand, the third body, further away from the others, was found lying on its side, wearing a gray patterned shirt, black pants with the legend “Adidas” on the ankle, and cherry tennis shoes. With his right hand he held his “loggerhead” and on his head he wore a black synthetic leather cap.

Just on May 13, a man was murdered in the same municipality while washing his car in the backyard of his house, located on Regidores Street. Some witnesses pointed out that at least two subjects arrived at the home aboard a motorcycle around 3:00 p.m. to execute the man.

After the act, they fled without being identified. Police and ambulances arrived at the scene, but only confirmed the death. 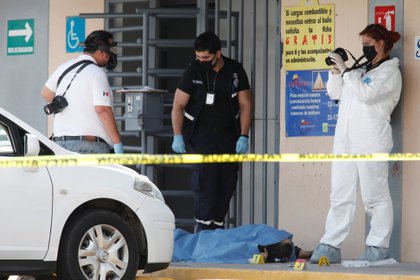 According to the criminal traffic light of the state of Morelos, Jiutepec presents red alert on homicides, extortion, robbery of vehicles and armed forces, so the authorities have focused their attention on them to eradicate this incidence.

Likewise, organized crime has also reached the entity. One of the main organizations is The Reds, same that, according to the give, is a split from Beltrán Leyva cartel.

In the fight against Los Rojos, last Tuesday, April 20, the General Prosecutor of the Republic (FGR) announced that 20 years in prison were handed down to Javier Guadarrama Ríos, who worked under the orders of Santiago Mazari Hernández, “El Carrete”, leader of The Reds.

It was through the Deputy Attorney General’s Office Specialized in Organized Crime Investigation (SEIDO) that this judgment derived from the organized crime offense (with the purpose of committing crimes against health and kidnapping).