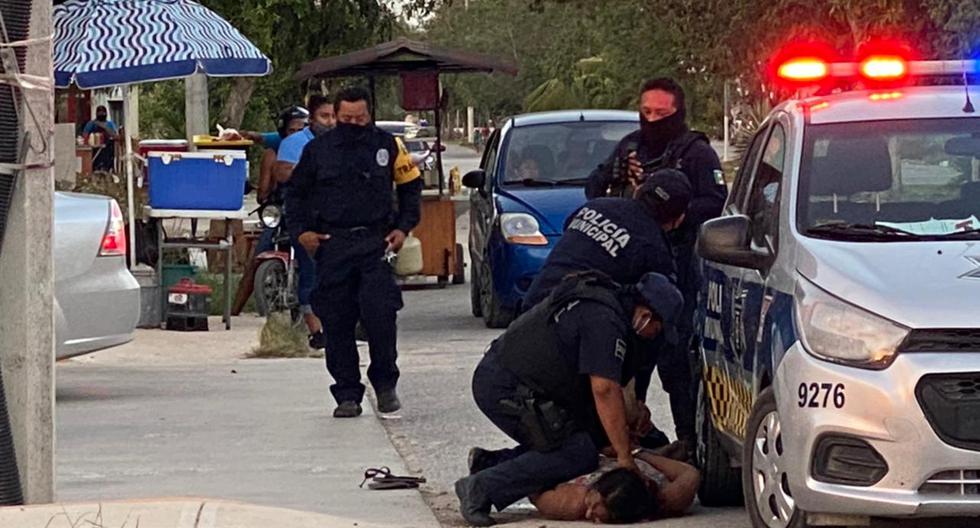 Mexico: Police officers fractured the column of a Salvadoran immigrant and that caused his death, according to autopsy

The American Society of Mexico celebrated its 80th anniversary on Tuesday with a binational convention between Mexico and the United States that was attended by political and business leaders from both countries.

Among them, those responsible for the Economy and Foreign Relations of the Government of Mexico, Tatiana Clouthier and Marcelo Ebrard, respectively, attended.

“For those who expect disagreements with the United States, there are none and they will not come,” Ebrard said during the convention, which also celebrated 200 years of diplomatic relations between the two countries.

Under the motto “building, sustainable, diverse and stronger”, the convention prevailed with an optimistic tone in an event format that did not allow questions to the speakers.

The presence of high-ranking Mexican government officials sharpened the enthusiastic reading of Mexico’s economic situation with respect to trade with the United States.

The head of Economy, Tatiana Clouthier, after highlighting the growth of Mexico in the first months of 2022, 1.9%, and the strength of the agricultural sector in exports to the United States, subsequently announced a new policy for the industrial sector that It will be presented after September 8 and will have cheap “accelerators”.

Regarding the products that lead Mexican foreign trade to the United States, Clouthier listed tomatoes, avocados, tequila and beer.

Meanwhile, the head of the North American Unit of the Ministry of Foreign Affairs (SRE), Roberto Velasco, shared with the attendees that 40% of foreign investment in Mexico during 2022 came from its northern neighbor.

While Foreign Minister Ebrard spoke at the end of the event, highlighting the help received from the United States during the pandemic and recalling that the High-Level Economic Dialogue (DEAN) between Mexico and the United States will take place next Monday, September 12, with the aim of develop strategic sectors.

Ebrard also announced that in October Mexico will begin the first production of batteries for electric cars.

In the act, the state of Texas had special mentions since 70% of the border between Mexico and the United States is located in that southern state of the American Union and the value of the commercial exchange through Texas reached 451 in 2019 billions of dollars, 68% of the T-MEC, according to data provided by Julio Portales, vice president in Mexico of the multinational brewer Constellations Brands.

The director of the Texas Public Policy Office, Greg Sindelar, told Efe that the main concern on the “other side of the border” is the role of the Mexican cartels and insecurity.

Meanwhile, the US ambassador to Mexico, Ken Salazar, was the only speaker, along with Sindelar, who mentioned the problem of violence.

For Salazar there are two axes in his work in bilateral relations, the economy and security, and he stated that prosperity and security are the same for any country.

The Mexican Francisco Cervantes, president of the Business Coordinating Council (CCE) pointed out the strength of Mexico in reference to the export of natural gas and said that Mexico produces the cheapest gas in the global market.

Cervantes also reported that the congestion of ports in the world and the war between Russia and Ukraine opens a window of opportunity for Mexico as a logistics center, warning that industrial parks are already exceeded.

The achievements in sustainability of companies such as Cemex, 3M or General Motors, and other multinational companies, represented there by their general directors for Mexico, were not left out.