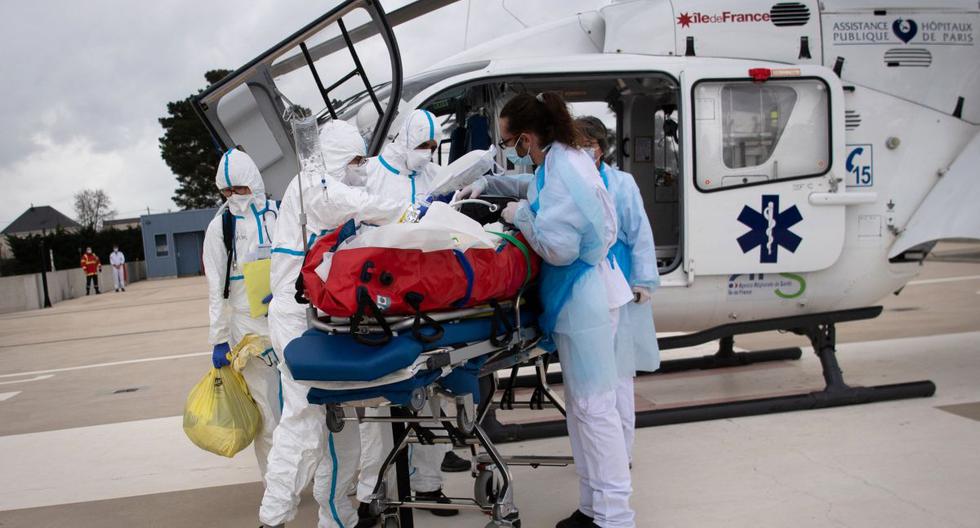 France registers 314 deaths from coronavirus in one day in hospitals and almost 30,000 new infections

Mexico recorded 261 deaths from covid-19 in the last 24 hours for a total of 231,505 deaths, the Ministry of Health reported on Tuesday, which also reported that the country reached 40.7 million vaccines applied.

In addition, the daily technical report registered 4,233 new infections that bring the confirmed cases to 2,482,784.

With these figures, Mexico ranks as the fourth country with the most deaths, behind the United States, Brazil and India, and the fifteenth in number of confirmed infections, according to the Johns Hopkins University count.

However, the Government recognized at the end of April that the deaths associated with covid-19 are actually just over 332,500 after an analysis of the death certificates.

This Monday’s report indicated that since the beginning of the emergency, Mexico has studied 7.35 million patients.

In addition, it was noted that the number of accumulated estimated cases is 2,667,769 when considering those awaiting the test result, among which there are 26,986 estimated active cases, 1%, that have presented symptoms in the last 14 days.

In addition, it was reported that 1,977,071 people who are considered recovered after having suffered the disease.

The average occupancy of general beds in Mexican hospitals is 17% and 14% for intensive care beds.

Hospital occupancy has decreased by 86% compared to the maximum peak reached in January, when hospitals in several cities, including the capital, were saturated.

With regard to deaths, Mexico City, the focus of the pandemic, accumulates 19.1% of all deaths nationwide, that is, almost one in every five deaths.

In addition, it indicated that a total of 17,047,687 people have received the necessary doses to complete the vaccination scheme in Mexico, which has 126 million inhabitants.

The vaccination program currently includes adults over 60 years old, between 50 and 59 years old, between 40 and 49 years old, pregnant women and medical and educational personnel. In addition, since last weekend it has been contemplating the entire adult population of the border state of Baja California.

This Tuesday, Mexico received 290,160 doses of the Pfizer-BioNTech vaccine and since December 23, 2020, the country has received more than 50.57 million doses from 6 pharmaceutical companies.