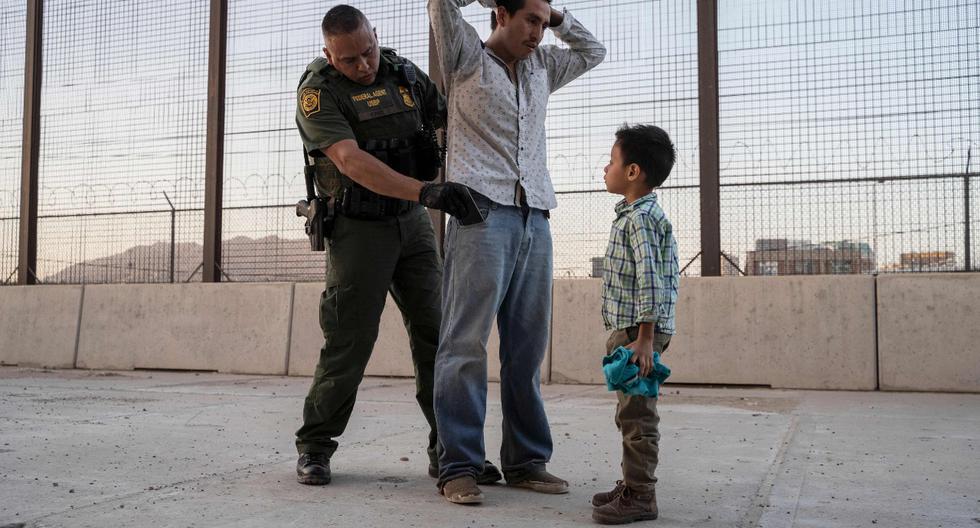 Can the controversial US border wall return without Trump?

Despite the fact that the earthquake that occurred in Mexico City at 8:47 p.m. this Tuesday was 7.1 degrees, several inhabitants of the capital denounced through social networks that the seismic alert did not sound in their colonies.

According to citizen reports to C5, some of the speakers did not issue the alert are Anáhuac, Lindavista, Vértiz Narvarte, Arenal, Argentina Poniente, Santa María la Ribera, Agrícola Oriental, Escandón, Pueblo La Candelaria and Euskadi.

In case of detecting a fault in any of these speakers, Locatel points out that it should be reported on the portal www.atencionciudadana.cdmx.gob.mx/.

Within the page, you must choose the option “Speaker failure, seismic alert” And then you will have to describe the failure, in addition to providing the ID of the post, its location and if you consider it photographs.

Once the previous step is completed, you must enter your data and include a email to receive updates on your report through a folio that will be delivered to you.

The Secretary of Citizen Security (SSC) of Mexico City, Omar García Harfuch, reported that after conducting an area review by the city, no “relevant news” and a white balance were reported.

While the Secretary of Civil Protection and Comprehensive Risk Management (SGIRPC) of Mexico City, Myriam Urzúa Venegas, reported that there are cuts to the electricity supply in some areas in at least three delegations, however, he ruled out that there are power cuts light in the capital hospitals.

The earthquake had an epicenter 5 kilometers southeast of Acapulco, Guerrero, a state that had more damage to infrastructure but not serious either. However, Governor Héctor Astudillo reported the death of a person after a light pole fell on him.

The Guerrero president stressed that the population must be attentive to aftershocks, since At 9:18 p.m., one of the 5.2 degrees, 11 kilometers from the Port of Acapulco, 31 minutes later of the 7.1 earthquake.

The Federal Electricity Commission (CFE) reported that after the 7.1 earthquake, 1.6 million users were left without electricity in Mexico City, the State of Mexico, Guerrero, Morelos and Oaxaca.

“The CFE, in accordance with its protocols for emergency care, immediately undertook activities to restore electricity supply to users affected by the earthquake.”

The agency indicated that it is patrolling the electrical infrastructure to identify damage, for its restoration and to avoid any risk to citizens.

Many citizens are reporting the lack of light in various points, mainly in Mexico City.

The CFE indicates that 762,872 users were left without electricity in Mexico City alone.

The agency assured that it remains in close coordination with the National Civil Protection System and will continue with the restoration activities.

Progress in the restoration of users in the entities is as follows:

Affected users represent 13% of the total in these states and in Mexico City.

For its part, Civil Protection of Mexico recommended not to light candles without first checking that there are no gas leaks.