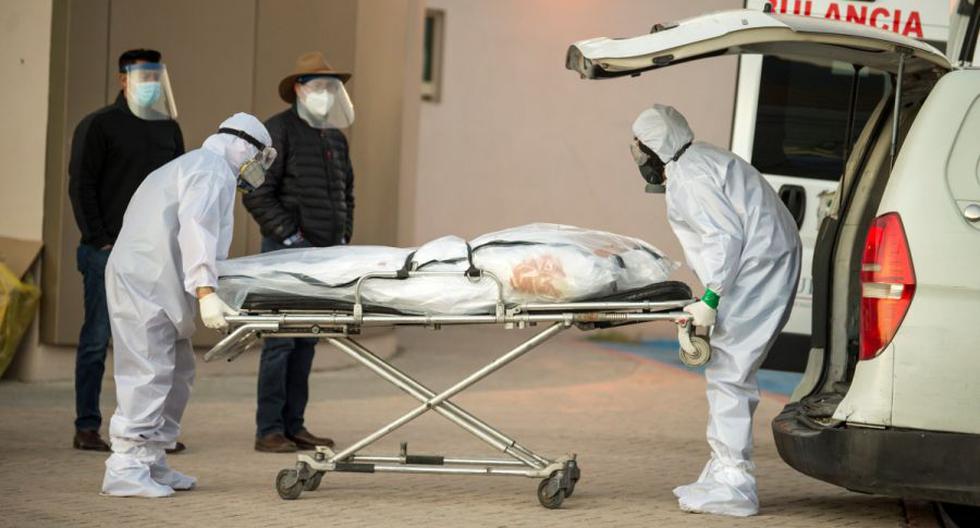 Mexico records 782 deaths and 7,512 coronavirus infections in one day

The escalation of prices in Mexico continues unabated. General inflation in the country stood at 8.16% in the first half of July, its highest level since the first half of January 2001, according to figures released this Friday by the National Institute of Statistics and Geography (Inegi). The indicator has been pressured in these first 15 days of the month by the rise in onions, potatoes and oranges. The figure represents a variation of 0.43% compared to the previous fortnight. The rise in prices in the country reinforces the perspective that the Bank of Mexico will continue to tighten its monetary policy.

Core inflation, which does not take into account fresh food or energy due to its volatility, had an increase of 7.56% compared to the first half of the same month of the previous year, its highest variation since the second half of December of the previous year. 2000, when it rose to 7.73%. In its interior, the prices of processed foods, beverages and tobacco grew by 11.95% compared to July 2021. Other items that also registered an increase in prices were merchandise, with a rise of 9.99% and snack bars, inns, taquerias and restaurants with 6.69%.

During the first fortnight of July, the non-core price index increased 9.96% at an annual rate. Within the non-core index, the prices of fruits and vegetables were the ones that registered the most pronounced increase with 17.3%, followed by agricultural products with 16.76% and finally, livestock foods had the interannual rise of 16.33 % compared to the first half of July 2021. Energy, which is subsidized by the Government, registered an increase of 4.78%.

By products, the potato continues to be the food with the greatest increase, with an increase of 6.82% compared to the previous fortnight. They are followed by the egg, with 6.28%; air transport, with 6.03%; orange with 6% and onion with 5.93%. On the contrary, the products that fell the most in price were grapes, poblano peppers and avocados.

During his morning conference, the president of Mexico, Andrés Manuel López Obrador, referred to the price escalation and defended the subsidy that his government is implementing on gasoline. “This means an investment of about 500,000 million pesos a year, a full year, however, since we are producing more gasoline than before, that helps to offset that subsidy, but what helps the most is the crude export price for above 90 dollars a barrel”, he commented.

The analyst Gabriela Siller, director of Banco Base, explains that within the underlying inflation of merchandise, the generics with the greatest increase at the annual rate are edible vegetable oils and fats (32.6%), wheat flour (32.2 %), white bread (26.8%), laundry soap (26.7%) and lubricating oils (22.6%), all products derived from grains. “Services also showed significant upward pressures. This is due to the fact that, in the interior, air transport services rose at a fortnightly rate of 6.03%, package tourism services 4.4% and hotels 1.6%. This is related to a higher seasonal demand”, she refers.

The next monetary policy meeting of the Bank of Mexico is scheduled for next August 11, and considering the figures revealed this day by the Inegi, analysts expect a forceful response from the Governing Board with a new rate hike. of interest that at this moment is located at 7.75%, its highest level in 14 years, a measure with which the central bank intends to stop the runaway inflation that persists in the country.