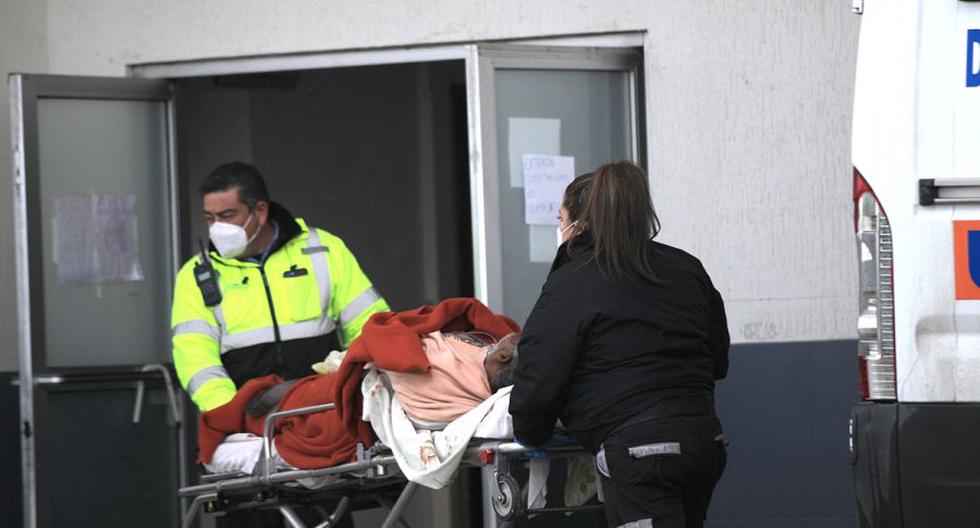 Mexico registers 712 daily deaths from coronavirus and the total is close to 190,000

The murders have no brake in Zacatecas, where this Friday the murders and clashes left close to 16 dead. Prior to the weekend, more than a dozen people were murdered in different parts of the entity.

In Fresnillo —A mining municipality in Zacatecas that, according to Inegi, leads the national survey of perception of insecurity — an armed commando shot at a vehicle and a home, where a man and two minors were found. All three were killed in the attack.

During the early morning, an anonymous complaint was reported, an attack in the Francisco I. Madero neighborhood in Fresnillo, when the corporations went they located a motor vehicle that had damage from a firearm projectile, and inside the dead body of a minor.

“During the arrival, it was learned of the transfer to receive medical attention for two injured people, an adult male and a female, also a minor, who later lost their lives,” wrote the State Secretary of Public Security through a statement.

In the Valle neighborhood, in that same municipality, a man was picked up from his home and murdered on the street. On Reforma and Bocanegra streets, he was mortally wounded in a telephone business.

The violence also moved to the south of the metropolitan area of ​​the capital of Zacatecas. Inside a barber shop, at least four young men were shot by unidentified subjects. Simultaneously eight blocks from that place, on Lázaro Cárdenas del Río street, they killed two men with long weapons.

The wave of violence in the country grows exponentially with clashes between cartels, uprisings and murders. This week, the head of the Secretary of the Navy, José Rafael Ojeda Durán presented the red lights of Mexico.

Ojeda Durán explained that due to the number of homicides that were committed from January to May of this year in Baja California, Tijuana was the most violent city in the country. According to the ranking of the secretariat, at least 749 homicides occurred in the border region.

Violence in the city ​​without law it is experiencing a dangerous rebound. The Jalisco New Generation Cartel (CJNG) has come to take the place away from the criminal organization of Ishmael the Mayo Zambada whose empire is beginning to falter.

City Juarez Chihuahua has been the scene of escalating homicides, which is why number two on the list has been signed up. 27 years ago this city turned on the alerts at the international level due to its high levels of femicides which, according to experts, soared at the beginning of the war on drug trafficking (2006).

In the first five months of 2021, Leon, Guanajuato counted 295 intentional homicides. According to the security expert and analyst, David saucedo, the area has been at war for more than four years.

Behind this is the interest of the CJNG to take the streets of the shoe city. The intention of the four-letter cartel to take over the city has not been simple, as the local mafias have prevented it.

Criminal violence has also settled in the city of Cajeme, Sonora, where last May the candidate of the Citizen Movement for that mayor’s office was shot to death, Abel murrieta. The 58-year-old politician fell on the street while distributing pamphlets about his election campaign.

The glamor of the port of Acapulco Guerrero) Forces of bullets have been annihilated, as revealed by authorities. In the case of this spa, 197 murders were registered.

Among the first ten most violent cities, in position number six is ​​the municipality of Fresnillo, Zacatecas. This city, with almost 250 thousand inhabitants, and the most populated in the state, is considered the city with the most fear. According to a national survey by Inegi, 95 percent of Fresnillo residents consider that living in the city is unsafe.

Experts warn that the geographical enclave of Fresnillo has made it an object of desire of the Sinaloa and Jalisco New Generation cartels. In the city, the presence of Los Zetas, the Gulf and Northeast Cartel. Fresnillo is the cradle of the Monreal family that will govern the state of Zacatecas.

The situation of the wave of violence also involves Guadalajara Jalisco, with 186 murders; Iztapalapa, Mexico City with 94 murders; Gustavo A. Madero, with 66 and Venustiano Carranza, with 48.