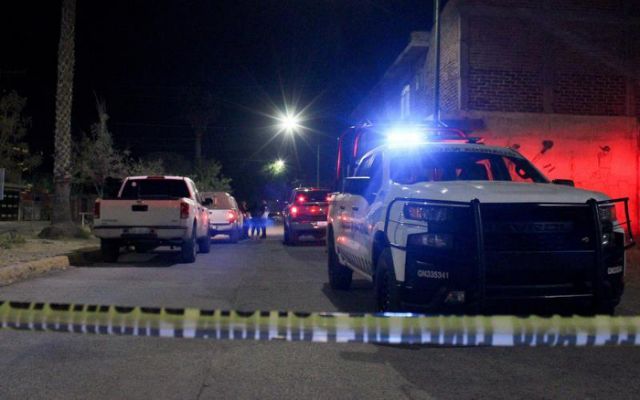 Five people die, including two policemen, in a shooting in Mexico

Eighteen people were killed in a confrontation between members of organized crime groups in northern Mexico, authorities announced Friday.

The security forces located the bodies in the remote community of San Juan Capistrano, near the municipality of Valparaíso in the state of Zacatecas, the spokesperson for that entity’s Public Security Secretariat, Rocío Aguilar, confirmed to the AP.

The clashes were carried out by members of the Jalisco Nueva Generación Cartel (CJNG) and the Sinaloa Cartel (CDS), Aguilar said.

At the scene of the collisions, three vehicles were found, one of them completely burned.

The clashes between members of the CJNG and CDS, who compete for control of the territory, began on Thursday and lasted until Friday.

Aguilar said that the authorities received the report on the clashes around 11 in the morning, and at that time members of the National Defense Secretariat, the National Guard, policemen, and the state prosecutor’s office moved to San Juan Capistrano, from about 400 inhabitants, to start the investigations and protect the place.

Speaking to a local media, the governor-elect of Zacatecas, David Monreal, asked the government on Friday for the presence and state coverage of the National Guard due to the “serious problem of insecurity that the entity faces” after the attack between armed groups.

The violent incident occurs less than two days after the murder of nine people, including two police officers, in two towns in Zacatecas.

Mexico was rocked almost a week ago by armed attacks by criminal organizations in the city of Reynosa in the northern state of Tamaulipas, near the border with the United States, which left 19 dead, including 15 civilians and four suspected criminals.

Preliminary investigations by the state prosecutor’s office revealed that the attacks that occurred in Reynosa on June 19 were carried out by members of the “Ciclones” and the “Escorpiones”, both factions of the Gulf Cartel, with the aim of generating terror among the population and take control of the border city where the “Metros”, another division of the group, operate.

When asked about the attacks in Tamaulipas, President Andrés Manuel López Obrador admitted on Friday that the problem is “serious” because innocent people were affected, and assured that progress is already being made in the case.

Five people who are presumed to belong to factions of the Gulf Cartel were arrested for the events.

Reynosa, with more than 600,000 inhabitants, is a common scene of acts of violence linked to organized crime. The Gulf Cartel operates in that area, within which there are different factions that fight each other in order to control key territories for drug trafficking and migrants.

The security policies of the López Obrador government face strong questions. After three years in power, the president assures that his actions against crime, which are based on the slogan of “hugs, not bullets,” have been more effective and less violent than those of past governments.

Analysts and opponents argue that the government does not have a defined security plan and only applies isolated actions that have not contributed to solving the problem. Meanwhile, criminal organizations and drug cartels have expanded their areas of control.