The price of Zilliqa marked a new correction low on June 22, following the path of many Altcoins this week. The rebound has been reluctant, suggesting further weakness and potentially a test of the June 22 low . In reality, until ZIL regains the $ 0.085 level on a daily closing basis, market investors should step back and let the cryptocurrency provide a more precise definition of the price structure.

At the June 22 low, Zilliqa price had fallen more than -75% from the May high of $ 0.262 and a shocking 60% from the June 3 bounce high to $ 0.157, putting ZIL at the lowest price. par with some of the worst performing cryptocurrencies in June.

It should be noted that a potential death crossover, when the 50-day SMA crosses below the 200-day SMA, will limit the price of Zilliqa in pursuit of a bullish move, and the accompanying downside pressure. The technical pattern can weigh on any ZIL strength before the 23.6% retracement mentioned above. 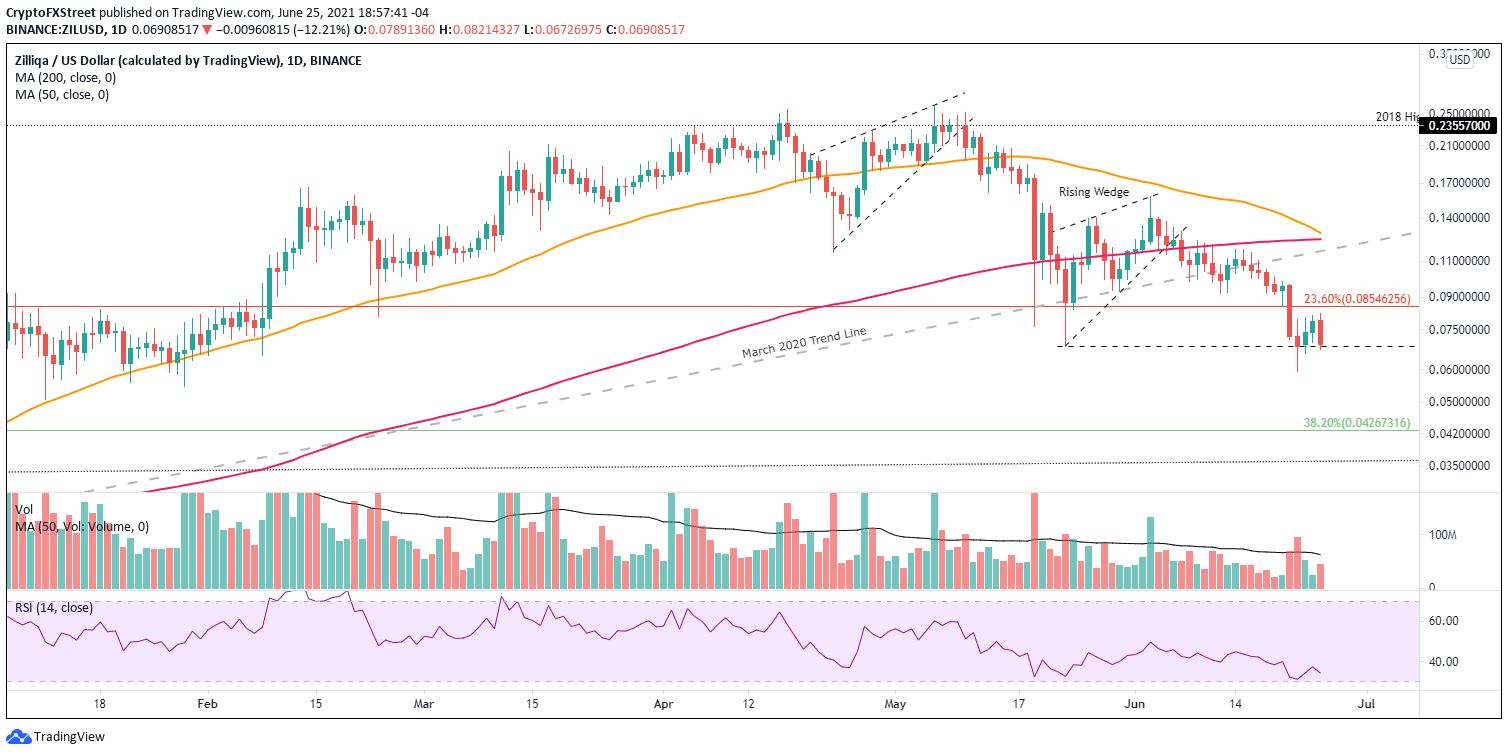 The Zilliqa price rally over the past two days has not been driven by the impulsiveness needed to confirm a low or to drive ZIL into a constructive positive to overcome resistance at $ 0.085.

Price action speaks of indecision or a short-lived bounce . The likelihood of more selling increases after yesterday’s 10% drop, possibly pushing the Zilliqa price to the original measured movement target of $ 0.052 and a 25% loss from the current price.

A drop of that magnitude is sure to put the daily RSI in oversold territory, thus demonstrating that the final low of the ZIL is durable.

The Zilliqa price struggle reflects the broader weakness among cryptocurrencies and will be resolved to some extent by a stabilization of the market. However, the purpose of the revised support and resistance levels in the preceding paragraphs is intended to make ZIL’s trading decisions more mechanical and not just emotionally driven, especially important with the death crossover looming.