The renowned Vallenata music singer Jorge Oñate was transferred, last Tuesday, February 23, to the Pablo Tobón Uribe Hospital in Medellín, where he continues his full recovery, due to his complex state of health.

The ‘Goldfinch of America’, who completed a month hospitalized at the Cesar Cardiovascular Institute on February 18, was transferred in an ambulance plane from Valledupar to receive specialized care, due to the complex health consequences derived from covid-19.

Despite this, his family reported on February 24 that the Vallenato singer is in critical condition, being treated in the Intensive Care Unit.

In accordance with Jorge Antonio Oñate, son of the singer, has already undergone tests on the artist, which will determine the treatment to follow, but due to complications, they are still deciding which way to go.

“Doctors say that the condition in which they receive it is critical. It has many complications, so they are deciding, according to priority, what to attack first. His lungs are much better, but he has problems in various organs such as the pancreas and the colon “Oñate’s son pointed out on RCN Radio.

In turn, he told the national station that the singer was stable during the trip, registering a good saturation. “We are very grateful to the staff at Valledupar, but Medellín is far ahead of many cities in the countrys. For this reason, we made the determination to bring him because we want my father to be better, ”he said.

According to Oñate’s manager, ‘Mono Romero’, “Jorge was transferred to the city of Medellín to continue his recovery, a comprehensive recovery, due to all the consequences that covid-19 has left him. He was not transferred due to a specific situation or because he was scheduled for surgery as I saw it on social networks. Doctors are doing examinations and determining what is best for the teacher’s health, “he said. Romero in El Heraldo.

In turn, the singer’s son assured that, “due to the procedures that exist, which he requires from now on and for equipment, technology issues, it is best for him to be in Medellín”, referring to the Pablo Tobón Uribe hospital Medellín, a center specialized in complex pathologies.

“It is very delicate. He comes with an abdominal problem due to pancreatitis and other underlying pathologies. We are in the hands of God ”, assured the national media, El Tiempo, a close member of the singer vallenato.

For their part, Jorge Oñate’s relatives traveled to Medellín to accompany the artist on the private plane of the also renowned Vallenato singer, Silvestre Dangond, who accompanied them on the trip.

Last weekend more details were known about the state of health of the artist vallenato Jorge Onate, who remained hospitalized at the Cesar Cardiovascular Institute, in Valledupar. Doctors confirmed that the singer suffers from pancreatitis and they were studying the possibility of having a surgical intervention; however, they assured that Oñate had a stable state of health.

Given this information, some media warned about the ‘Goldfinch’ disease and assured that he had been operated on urgently in the pancreas, news that was denied by the artist’s manager and relatives.

On Monday morning, relatives of Jorge Oñate confirmed to Blu Radio that the master of the vallenato genre had not been operated on the pancreas, but they confirmed that due to the pancreatitis the surgery was being contemplated by the singer’s doctors. In conversation with El Heraldo, the singer’s manager also referred to the information shared during the past weekend.

“Teacher it was not and will not be intervened as arbitrarily rumored by social networks and by some media ”, ‘Mono’ Romero assured the regional newspaper. In addition, Romero also confirmed that Oñate’s health status is stable and that The possibility of surgery on the pancreas is known only to the doctors who attend to the valnatero.

“Jorge Oñate’s treatment was changed because he had a fever due to an infection that we do not know, the doctors are doing the pertinent tests, but thank God he is stable. A doctor friend of the family traveled from another city to see himBut it’s not about looking for outside doctors or anything like that. The teacher is receiving his treatment at the Institute, ”said Romero.

Finally, to the magazine Semana, the representative of the ‘Jilguero de América’ assured that the artist’s followers are very concerned about his state of health and that those close to Oñate cling to faith and patience to overcome uncertainty. “We are in uncertainty although we are clinging to God, hoping that he will react soon, but doctors say it is unpredictable, it may be a matter of a few months until he finishes his improvement”, He indicated.

‘El Jilguero de América’ was in the Valledupar Cardiovascular Clinic since the past January 18th when he went to the medical center for respiratory failure and some routine exams, as reported at the time. A first result of a covid-19 test was negative, but noticing that the patient did not improve his health, the doctors decided to do a second test that gave a positive result.

From that moment on, the artist’s health worsened and he had to be transferred to the ICU, where he was intubated and remains with an induced coma, despite the fact that he has already overcome the coronavirus. Over the days, many rumors have arisen about the vallenato singer’s state of health, some have even taken for granted the death of ‘El Ruiseñor del Cesar’, news that has also been denied by the singer’s relatives. 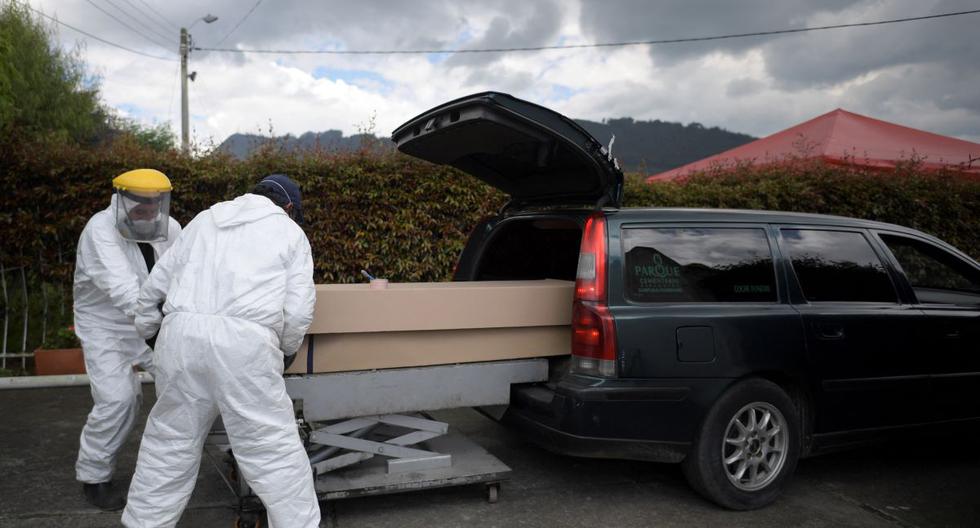