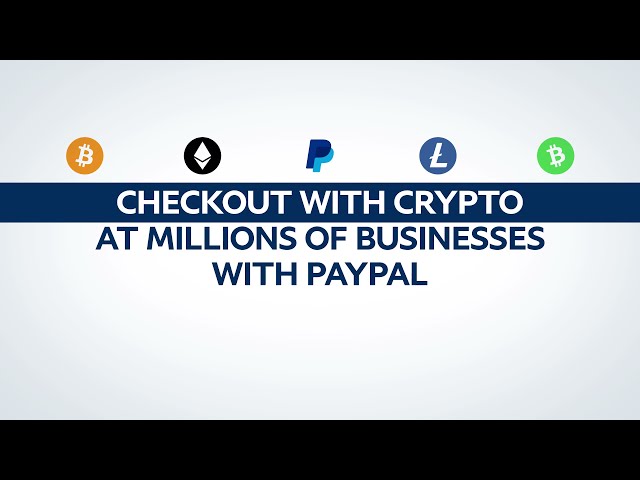 PayPal will let US users pay with Bitcoin, Ethereum and Litecoin starting today

Around the world, major network providers are planning or have already started to cancel their 3G networks in 2022 mainly due to the limited spectrum available for 5G expansion, regardless of the needs of their customers. In the United States, AT&T’s 3G will be phased out in February 2022, while T-Mobile’s 3G and the 3G network that was formerly Sprint will also be phased out in 2022. For a complete list of 3G shutdowns around the world , read here .

There were more than 2 billion connected IoT devices using cellular in 2021, and a big sticking point for these customers was cost: 65 percent of businesses using cellular for IoT deployment said they end up paying for overages and costs. unused data. Those companies using 3G for IoT deployments will now be forced to either upgrade to 4G or a non-cellular private network and deal with the high costs associated with both, or switch to an affordable, decentralized wireless network like Helium.

For years, centralized telcos have had a stranglehold on the wireless networking landscape, leaving IoT users little choice but to commit to expensive long-term contracts that leave many users paying for services they don’t need. Major carriers and ISPs have also been notorious for selling customer data and browsing history, almost always without consent.

Private LoRaWAN networks, while providing more privacy, are expensive to set up and run, with the need for infrastructure and hardware. Until recently, IoT users had limited network options for operating devices and transferring data.

However, without a viable network alternative that can provide broad global coverage, customers have had nowhere to turn.

The People’s Network open source protocol has led to the creation of the world’s largest contiguous wireless network, literally built by the people, for the people. The network provides a secure and cost-effective way for IoT devices to send data to and from the Internet.

The Helium blockchain on which the network is built ensures both full transparency and privacy of user data. Additionally, due to Helium’s rapidly growing coverage (nearly 100,000 hotspots have come online in the last 30 days alone, with hundreds of thousands more ordered), the need to purchase and deploy network infrastructure is virtually eliminated, creating an easy to use solution. Efficient and cost-effective network option for IoT users.

Key reasons IoT users choose Helium over 4G and other private networks include the low cost associated with using the network, as well as the long battery life of the devices.

The cost can be divided into two main areas: hardware and monthly data transfer.

In general, LoRa hardware will almost always be cheaper than hardware used for cell phones due to, among other things, fewer components are needed for a LoRa device (in particular, LoRa devices do not require a SIM card like devices that are sold). run on cell phones). The average cost of GPS trackers today is around $100; these can sometimes be cheaper when the user is under a contract, but this also means that the user could be forced to pay a premium for solutions and services that they do not need.

By comparison, high-performance LoRa trackers can be purchased for around $50 without the hassle of a contract. The rapidly growing coverage of the Helium Network means that users will not necessarily need to purchase gateways, making it the logical choice for IoT users looking for an affordable networking option.

Helium users only pay based on usage. The cost of an IoT device that sends data every five minutes on the Helium network amounts to just over $1 per year. By contrast, the industry average for GPS trackers is around $10 per year per device.

According to LoneStar tracking Thomas Remmert, one of the company’s most popular use cases on the Helium Network is industrial dumpster tracking. These dumpsters are usually located in urban areas where Helium coverage is very strong, and with thousands of dumpsters tracked, the high costs of using cellular trackers would not allow for any gains. However, by using LoRa trackers running on the Helium Network for $1 per year, LoneStar has found an affordable and accurate tracking solution that would be impossible on a cellular network.

With more than 380,000 points in more than cities and 153 countries around the world, Helium has become the network of choice for both major operators and emerging solution providers. Helium’s growing list of partners currently includes:

DISH: The first major carrier in the telecom industry to extend the Helium Network with customers deploying their own 5G CBRS-based Hotspots.

City of San Jose – The first city to officially join the fast-growing Helium ecosystem, San Jose is rolling out Helium-enabled hotspots to increase Internet access for more than 1,300 low-income households.

Companies like Barnacle, whose tracker was developed to prevent deliveries of lost or stolen packages, have made the switch to Helium Network. Connor Lewis, co-founder and CEO of Barnacle, says the company chose Helium over cellular because of its affordability, ubiquity, privacy/security, and ease of coverage deployment.

“ The network costs associated with Helium are negligible, especially when connecting a large fleet of devices ,” said Lewis. “ Helium and LoRa also allow the areas where most packet theft occurs to be covered with coverage with only a small handful of access points, making coverage something we rarely need to worry about .”

Lewis went on to praise the ease of hedging implementation for Helium, saying:

“ It’s hard to argue with Helium’s exponential growth, especially when that growth is constantly creating even more reliable coverage. It is especially notable that this coverage can be implemented at a fraction of the cost of traditional network providers .”

Finally, Lewis highlighted the privacy and security of the Helium Network: ” There is full encryption from the device to the cloud, with no need to secretly leverage users’ smartphones or home devices as gateways .” Lewis noted that Barnacle has big plans in 2022 to use Helium to track the 620 million packages that are lost or stolen in the US each year.