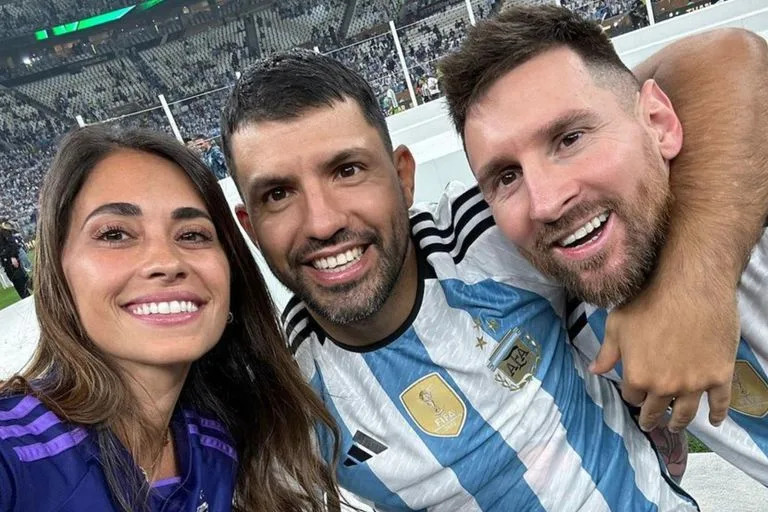 The presence of Messi anywhere is synonymous with euphoria and much more when he enters and scores a couple of times and also pleases his fans even to sign their backs, today the Argentine star scored two goals in 35 minutes and it was the delight of all the public present that did not stop chanting his name

Messi does not stop generating fury in each court he steps on, this time it was the turn of the Red Bull Arena in New Jersey, where Argentina stomped and thrashed Jamaica 3-0, the PSG star played the last 35 minutes of the game and delighted those present with a couple of annotations.

At minute 13, Julián Álvarez scored the first goal for the Argentines, which seemed enough until Messi entered with 35 minutes to go and delighted the public with a brace at 86 and 89, to become the first South American footballer to reach 90 goals with the jersey of your team.

The devotion for Lionel Messi

Since Messi warmed up the stadium, he joined in one voice chanting the name of the PSG star from Rosario. The madness was unleashed when the Argentine entered and a spontaneous man ran to look for a selfie with his idol, however, security stopped him.

The stadium collapsed when Messi scored the second goal for Argentina and another spontaneous ran to where number 10 would sign his back, something that he finally achieved thanks to the good vibes of Lío Messi.

Messi must already be used to these displays of affection, something that will surely not be lacking in the Qatar 2022 World Cup. On this double date against Honduras and Jamaica, even the rivals have sought out the Argentine to be photographed with him.

Today was no exception because after the third goal, the Jamaican soccer players looked for Messi to have his memory. Lionel Messi’s show is still in force and in every field where he appears. It should be noted that Argentina managed to equal the second best streak of consecutive games without losing in the history of football at the national team level.