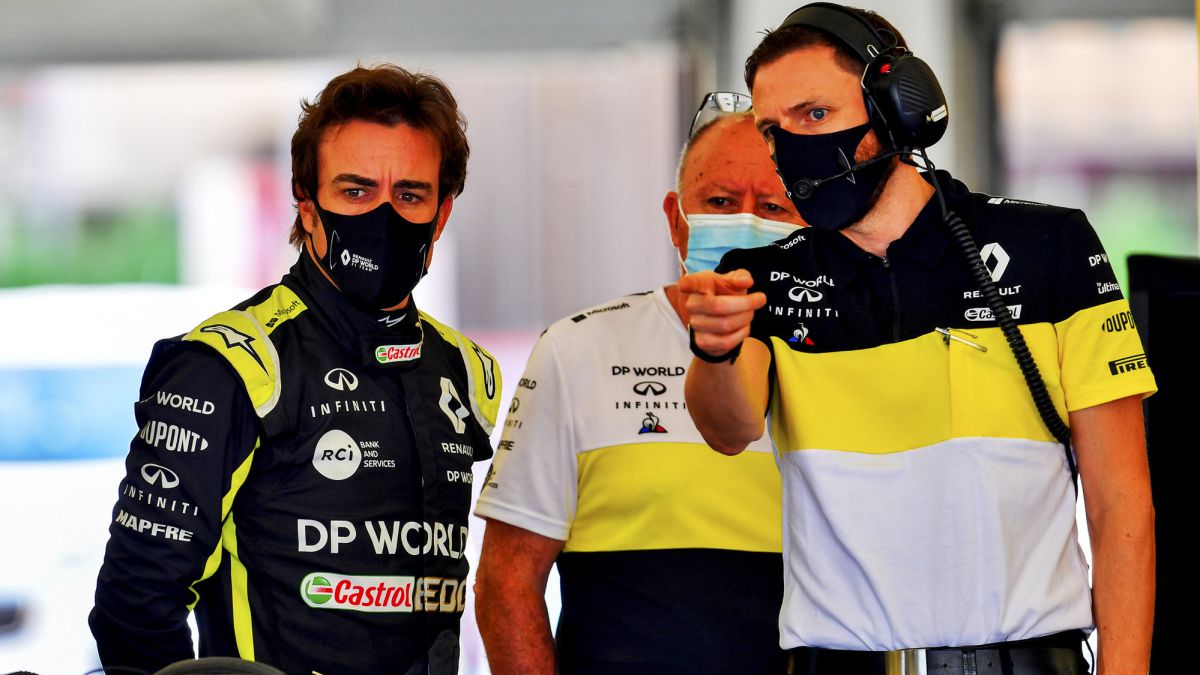 Alonso already has Duties for this Season

In the end, Lionel Messi only lacked the goal, but he was still an active participant, the ideologue of the hat-trick for two of his attacking partners: Kylian Mbappé and Neymar . Leo rubbed the lamp and the Frenchman and the Brazilian took a ball each for a 6-1 victory over weak Clermont. A victory for the brilliance of Mauricio Pochettino ‘s Paris Saint Germain .

With seven rounds remaining, PSG is the leader with a 15-point advantage over Jorge Sampaoli’s Olympique Marseille, who will host Montpellier this Sunday. And next Sunday the 17th, at the Parc des Princes, PSG will meet Olympique. The French classic to see if Sampaoli’s team manages to hinder PSG’s march to the title or if the consecration will take place well in advance.

The trident shows no mercy. Inspired, he walks over Clermont. Messi as a starting point in the center circle. Go ahead, the other two beasts: pass from Mbappé and Neymar puts the signature to the half dozen goals.

Messi, Neymar’s heel, Messi and Mbappé hangs it from an angle with a curved right hand. PSG flourishes, the trident has fun.

The 3-1 was a hard blow for Clermont, who until then could hope for the feat of a draw. But PSG’s trident comes together to give the game a final cut. Messi, like all night, organizes from the middle and combines with Neymar, who assists Mbappé: 4-1.

ST ’26 Criminal invented. Are you Messi? No, Neymar

Referee Eric Wattellier saw a penalty for a non-existent foul by Zedadka on Mbappé. The Clermont defender steps forward and the French striker hits him from behind and falls. A penal invention. Messi does not ask for it, Neymar executes it: 3-1 for PSG.

Messi’s expression seems to say “you can’t take this goal away from me…” The referee charges an off-side from Mbappé, who had received from Leo and sent a cross that the Argentine defined with a header. He went to the Frenchman’s embrace and there his smile turned into a helpless grimace.

The game goes back and forth. Desmas takes the third from Mbappé and Donnarumma demands to avoid a draw.

ST ’14 Messi to Neymar and… to the stands

Every time Messi is in front of the area with the ball dominated, he is a threat to Clermont. The Argentine is lucid to see the best placed teammate. He opened to the left, where Neymar took a curved shot that went to the stands.

ST ’11 Messi did not arrive

The trident links in an attack. From Messi to Mbappé, which lengthens Neymar. The Brazilian deepens on the left and sends a low center that Leo does not reach by centimeters.

The summary of PSG’s walk: 6-1 to Clermont

The Spaniard is keen to play after so much time of inactivity due to injuries. With the posture of defensive leader, he comes out with the ball dominated from behind and also looks for the header on offensive plays with the ball stopped. He connects a center that goes high.

Messi is shown to start the game as soon as the ball passes the middle of the field. Yohann Magnin, one of Clermont’s two holding midfielders, is the most aware of his movements, he hits him whenever possible, but the Argentine makes many moves to gain free space.

End of pt. It all depends on PSG

With a performance from high to low, PSG goes into the break with a 2-1 win. Far superior in the first half hour, when Messi was decisive with his assists through the center of the attack. His partners Neymar and Mbappé were in charge of the final touch. He painted for a landslide, but PSG is usually unstable and falls into concessions. Clermont took advantage of it to discount and get into a game that was very far away.

As if he had accused the wake-up call, PSG immediately mounted another deep attack, with a shot from Neymar that goalkeeper Arthur Desmas deflected for a corner.

Confident with how easy everything was being, PSG take a breather and Clermont perks up. He builds a good play on the left, with a cross and definition under Jodel Dossou’s goal. Warning for PSG.

PT 37′ Verratti, in the role of Paredes

Paredes will miss the rest of the season due to injury. His place in midfield is occupied by Marco Verratti, who is usually one of the interiors. The Italian must deal more with the balance between attack and defense, although Clermont’s limitations also allow him to drive the ball into the rival field.

PT 28′ A comfortable development for PSG

Clermont tries some counterattack, but it is not enough to worry Donnarumma. It is an inferior team in individual and collective quality. PSG have close to 70 percent possession. Except for a turnaround that no one guesses, the game loses uncertainty regarding the result. PSG arrives with the ball dominated even inside the local area. As soon as you adjust the last touch, more goals will come. Messi looks for his .

PSG let go, they are confident. Clermont accuses his inferiority. From the left, Neymar gives a high pass to Messi, who sleeps the ball with his chest and with a subtle touch of his left foot he enables Mbappé, author of the 2-0. Leo continues to increase his personal account of assists: they are already 13. Mbappé converted the 18th in the tournament.

Messi is active. He intervenes continuously. He takes a lot of contact with the ball in the mid lanes. In an arrival at the door of the area he defines with a right shot. He goes over the crossbar.

PSG does not take long to reflect its superiority on the scoreboard. It is played very close to the local area. Clermont tries to close lines, but Messi finds the gap to assist Neymar, who defines with his left foot. It was Messi’s 12th pass-goal in Ligue 1 and the Brazilian’s eighth goal. The validation required the assistance of the VAR due to a stomp by Mbappé on a rival inside the area, who was down at the time of the goal. No foul was called.

Paris Saint Germain meets a Clermont that awaits it on their ground with a 4-4-2. Neymar is sore after a rival tackle. Messi, located inside, tries to assist the Brazilian who goes long.

Clermont Foot , a team from a city where rugby is the strongest sport, has lost the last four games and has not won for five. They rose last season and are now 17th, just one point above the position that the Promotion will play against a second division team. His coach, Pascal Gastien, in an interview with L’Equipe, said that despite having the lowest budget in the category, he is not resigned to trying a game of possession and touch.

The Spanish defender played very little in the season due to injuries. With captain Marquinhos absent due to muscle discomfort, Sergio Ramos will play the sixth match for Ligue 1, the third as a starter.

After all three scored goals in a game the previous day since they shared the attack (5-1 against Lorient), Messi, Neymar and Mbappé will seek to take another step in search of the title.

Di María, undergoing rehabilitation due to a muscular ailment, will only return to training next week, which also casts doubt on his presence in the next game against shooting guard Olympique de Marseille, who will visit the Parc des Princes hoping to reduce the current difference of 12 points. Paredes, for his part, will no longer be available this season because on Thursday he underwent surgery for pubalgia and will have an approximate two-month recovery. Another Argentine, Mauro Icardi from Rosario, will be on the bench at the disposal of the team’s coach, his compatriot Mauricio Pochettino.

15.00 Welcome to coverage of PSG-Clermont

Paris Saint Germain (PSG), leader of Ligue 1 in France, visits Clermont today on date 31 with the presence of Argentine Lionel Messi, but without his compatriots Ángel Di María and Leandro Paredes, both injured. The match will be played from 4:00 p.m. in Argentina with transmission from ESPN and the Star+ platform. From now on, LA NACION will follow the day minute by minute.