The "crypto" era begins with large chains such as McDonald's and Walmart, who will begin to accept 'Bitcoins' as payment currency. Find out all the details of this novelty here. 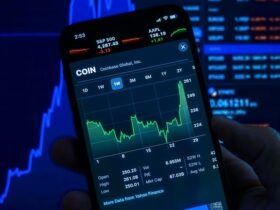 Diving Deep Into The Rise Of Using Cryptocurrency In Business

About 14 years have passed since the creation of Bitcoin , the first cryptocurrency to be ‘minted’ in the world. Although some smaller businesses have already begun to receive cryptocurrencies in the last decade, it was recently announced that McDonald’s, Walmart and Starbucks would accept them as means of payment.

And not only them, multiple chains and companies in the United States such as Bed Bath & Beyond, Wendy’s, The Home Depot, Krispy Kreme and even Whole Foods, among dozens of others, would be accepting Bitcoin (and later other cryptocurrencies) for payments.

The news was revealed by Jack Mallers, CEO of Strike , the leading Bitcoin payments company, at the Bitcoin 2022 event . Announced the integration of its platform with payment gateways such as Shopify (which is used by most of the companies mentioned) and the global leader in payment processing (POS) NCR .

While attending a conference in Miami, Mallers took the stage to discuss how merchants often struggle to receive full payments and have to sacrifice a portion of their funds to pay the processing fee associated with online payments.

“Not since 1949 has there been a superior payment network that allows us to innovate, build on financial inclusion, offer cheaper services and faster services. My grandfather used the same technology as me. That’s not American, that’s a m#@$%» , he pointed out in his presentation at the event in Miami.

Mallers emphasized how the use of Lightning networks (micropayment network) can significantly help reduce costs and provide an affordable payment method to help merchants scale their businesses.

The future is today! McDonald’s, Walmart, Starbucks and 40 other chains will accept cryptocurrencies

In the middle of the conference, Mallers identified around 400,000 stores that will use the Lightning Network. Some of the stores are McDonald’s, Walmart, and Starbucks. He further stated that the integration was done to avoid banks. He hopes to prevent stores from having to pay high fees while giving users more privacy during the checkout process.

Shopify, which is a leading e-commerce company, is home to almost 1.7 billion businesses that use the platform to run their businesses online. The Strike integration offers an alternative experience to traditional card networks by leveraging the underlying technology of the Bitcoin Lightning Network to enable instant, global and final payments.

According to his presentation, retailers will be able to receive Bitcoin from customers and instantly convert it to fiat with no fees or processing delays. Whatever currency the retailer wants to settle their payments in, “it doesn’t matter ,” according to Mallers.