One of the great blows of the past passing market was the departure of Juventus from Cristiano Ronaldo to return to Manchester United , where he shone between 2003 and 2009. Despite his good start, the Portuguese forward is not satisfied with some decisions of coach Ole Gunnar Solskjær, who was his partner in his previous stint at the institution.

In the run-up to this Saturday’s game against Leicester, The Sun newspaper leaked details of the short circuit that CR7 had with the technical director as a result of his substitution in the 1 to 1 equality against Everton at Old Trafford before leaving with his team to dispute the European qualifiers towards the Qatar 2022 World Cup.

“I am in a position to start all the Premier League matches,” was the phrase that the Portuguese outlined during his encounter with the Norwegian. According to a source from the British side, “Ronaldo was extremely disappointed to have been sent to the bench.”

“Cristiano told him that he will tell him when he is not fit to play and that he wants to play in all league games. He also told him that he has come here to win trophies and that United need to play with their most important players in every game, “ added this person who works within the Manchester club.

The substitution of Cristiano Ronaldo against Everton, the focus of conflict in Manchester United

Since his return to United, except in the clash of discord against Everton, Cristiano Ronaldo was a starter in all matches and only in the fall against Young Boys, for the Champions League, did he not play the 90 minutes (at 72 he was replaced by Jesse Lingard). In the 1 to 1 equality against the Liverpool team, he entered the Uruguayan Edinson Cavani in the absence of just over half an hour.

Once the duel was over, Cristiano left the field of play with visible expressions of annoyance on his face. Solskjaer, when asked about the Portuguese, sought to minimize what happened: “If you lose two points, as Cristiano felt at that time, it is natural. I don’t want my players to be happy with that situation. I spoke to him before the game, I spoke to him after the game, and he was ready to go in when he was called. Unfortunately, when we don’t win, Cristiano is not happy and that is the mentality he wants from all the players ”.

The forward, who has already won three Premier League, two League Cups, two Community Shields, an FA Cup, a Champions League and a Club World Cup with the Red Devils, has played 6 games in Manchester and scored 5 goals.

Before the start of Date 8 of the Premier League, United were in third place in the standings alongside Manchester City, Everton and Brighton with 14 points, just two behind leaders Chelsea. 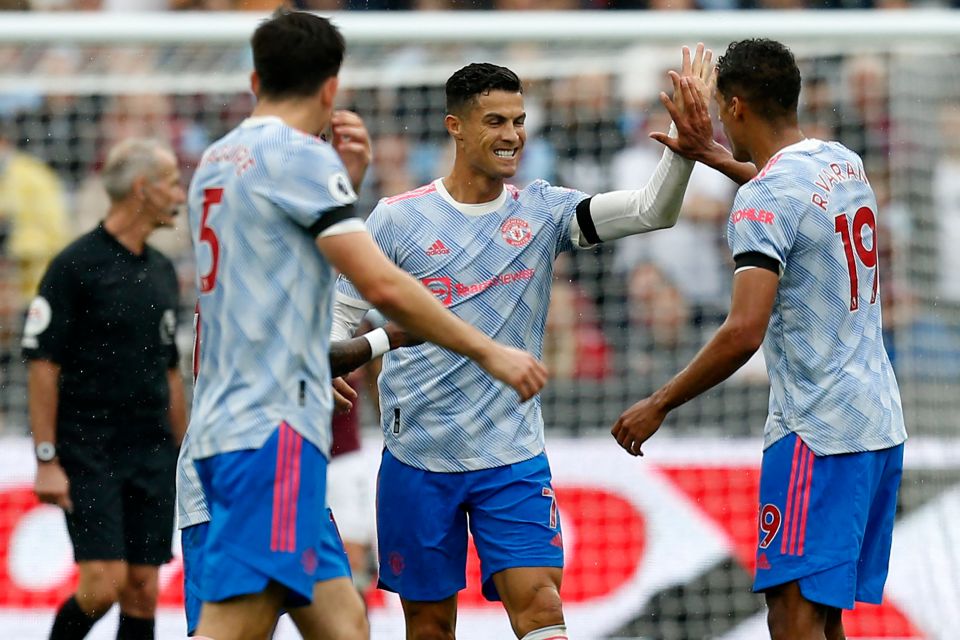