This is how Mía Rubín Legarreta celebrated her 16th birthday

The second season of Luis Miguel has cleared up some doubts and has allowed us to meet many other important characters in the singer’s life that not only influenced his love life, but also the momentum of his extensive career, such as the inclusion in the 90s of the producer, composer and director, Kiko Cibrián, the creative behind Suave and many other successes.

IMPORTANT: If you haven’t seen the first episodes of Luis Miguel, the series It is time to abandon this content because it has a lot of spoilers.

The new episodes relate various moments that go from the singer’s personal side to his professional career, generating a great accumulation of emotions among the fans who waited for her for almost three years, but it will be in a new look where we will see one of the great brains behind the boosted hits on the ninth studio album, Aries.

So we will know more about the arrival of Kiko Cibrián to the life of Luis Miguel and it is that in the third chapter we will know the impulse that the musician gave to the interpreter’s career. 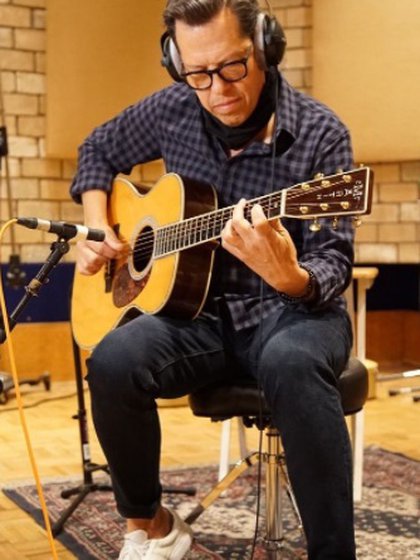 But who is the musician, producer and filmmaker with a very close relationship with the “Sol de México” and one of the many involved in Luis Miguel, the series?

Kiko Cibrián grew up in Tijuana, where He trained as a guitarist thanks to the influence of his father, who was a mariachi in the border area of ​​Mexico.

His taste for music led him to venture into different genres at a very young age, including regional, boleros and jazz. This prompted him to deepen his musical knowledge to soon become one of the most important producers, arrangers, composers and filmmakers today.

It was in the 90s when Kiko was contacted to be part of Luis Miguel’s musical band as a guitarist. and this served as a platform for him to collaborate with other artists of the stature of Cristian Castro or Rocío Durcal. 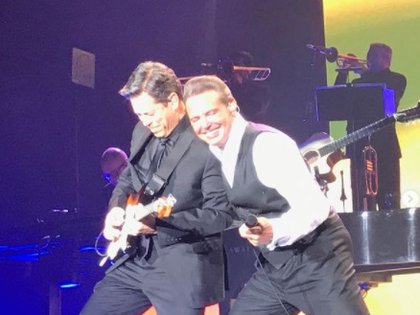 The same musician has related how he met the singer and what was his closeness, which now makes him collaborate very closely in the production of his biographical series.

“I remember I was sitting, I see myself in the mirror and the first thing that comes to my mind is: ‘how handsome this guy is and how ugly I am. But yes, the guy did make an impact, I remember, I am male but Micky, at 20 years old, was super handsome “, he recalled about his first meeting with” El Sol “.

Six months after collaborating with Luis Miguel, he was called to produce in San Diego, United States, Cristian Castro’s debut album, New Water, which includes his first hit, Will not be able.

“As he sang and did not sing. He was very young, he was 16 years old and he liked the guitar a lot … Álex Zepda used to tell him ‘sing that’; ‘no, no Alex, I’m not going to sing that’, ‘right? I’m going to talk to your mother ‘, and she spoke to Vero … we were very involved in the production, ”the musician highlighted in a conversation posted on YouTube.

The success of Cristian Castro’s musical theme brought him great compliments, but also a scolding from Hugo López, Luis Miguel’s manager, although he was eventually considered for the production of other famous songs on the Aries album. 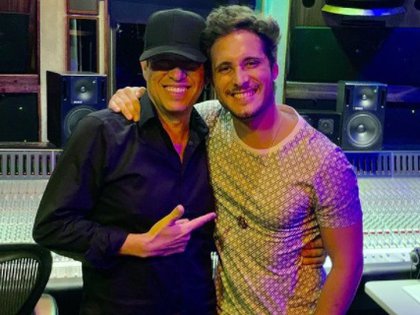 “I knew what he liked, musically we understood each other very well … the first thing that came out was Suave”, highlighted in the same talk.

With this collaboration and closeness, a very close relationship began, of which Cibrián recalls: “The best manager I had at that time was Luis Miguel himself. He defended me, he took care of me, he wanted me to go ”.

Kiko’s career also includes José Feliciano, Isabel Pantoja, Reik, Jesse & Joy. Currently the producer’s work can be enjoyed in Luis Miguel, the series, since he is in charge of the soundtrak and worked on the adjustments for Diego Boneta’s voice, without forgetting the characteristic stamp of Luis Miguel.

“The only person I feel comfortable doing it with is Kiko and if we’re going to do it, Kiko has to be involved. Kiko is the living person who knows Luis Miguel’s music best ”, highlighted the protagonist of the Netflix project in an interview with Rolling Stone México.