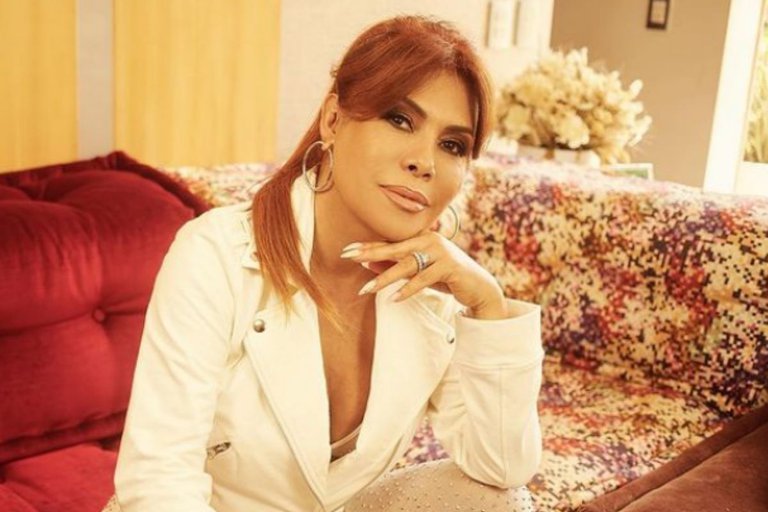 Magaly Medina will be the image of a beauty brand in the United States: “I always looked regal”

Kane Tanaka, who was recognized as the oldest living human being, died on April 19 in Japan at the age of 119, the Japanese Ministry of Health, Labor and Welfare reported on Monday. In 2019, the Gerontology Research Group – specialized in registering the world’s supercentenarians – and the Guinness Book of Records certified that this woman had become the oldest person on the planet. Tanaka, the oldest citizen recorded in the country’s history, was very loved by the Japanese people and her presence was common in the local media on the occasion of her birthday or the celebration of the Day of respect for seniors.

Born prematurely on January 2, 1903 in the ancient village of Wajiro, now part of the city of Fukuoka, on the southern island of Kyushu, Tanaka had lived for years in a nursing home, where she was often filmed playing to the strategy game Othello, solving math problems, eating chocolate and drinking fizzy drinks. She herself had expressed on several occasions that she associated her longevity with “eating delicious foods – chocolate and soda were her favorites – and continuing to learn.” Her hobbies included calligraphy and arithmetic.

On the occasion of her 119th birthday, Tanaka’s relatives wrote on their Twitter account a message for her followers in which the old woman celebrated having reached that age, and in which she stated: “If I have managed to get here it has been with the support of many people. I hope to continue having fun, happiness and energy.” In various interviews she had said that she hoped to live to be 120 years old.

On Monday, local authorities announced that Tanaka died last week of natural causes at a hospital in Fukuoka, the city where he spent her entire life. Nine days before her death, this Japanese woman had surpassed the American Sarah Knauss as the second oldest person in recorded history. The record was set by Frenchwoman Jeanne Louise Calment, who died in 1997 at the age of 122 years and 164 days.

The governor of Fukuoka, Seitaro Hattori, was shocked by the news: “I had wanted to meet her at the end of the year during the celebration of the Day of Respect for the Elderly, since we did not have the opportunity to do so in the past due to the pandemic. ”. “Although I could only see the photo of her with a bouquet of flowers and making a peace sign with her fingers, that image made me happy,” said Hattori. “[Tanaka] it conveyed to the population the hope that it is possible to live a long life full of health”, she added.

Tanaka had requested to participate in a wheelchair in the Olympic torch relay ceremony of the Tokyo 2020 Games, but her relatives considered it too risky due to the covid-19 pandemic.

Seventh in a family of nine siblings, Kane married at the age of 19, in 1922, with her cousin Hideo Tanaka, whom she did not meet until the day of her wedding, according to the Guinness organization in her biography. The couple had two biological sons and two daughters (the eldest died at birth and the youngest was just one year old) and she adopted a niece of Hideo. The family got ahead thanks to their noodle business udon and rice cakes, which Kane went on to run alone while her husband and eldest son fought in the Second Sino-Japanese War (1937-1945). Her husband died in 1993, at the age of 90, after 71 years of life together.

The story of Tanaka, who witnessed the changes in Japan during five imperial eras (Meiji, Taisho, Showa, Heisei and the current Reiwa), is told in the book In Good and Bad Times, 107 years oldwritten by his youngest son and his wife in 2010.

After the death of Kane Tanaka, the oldest person alive in the world is Lucile Random, a 118-year-old French nun, also known as Sister André, who is also the oldest known covid-19 survivor. has constancy. In Japan, the oldest person is currently Fusa Tatsumi, 115 years old. According to data from the World Bank, the country of the rising sun has the largest elderly population on the planet, with 28% of its 125 million inhabitants being 65 years of age or older.