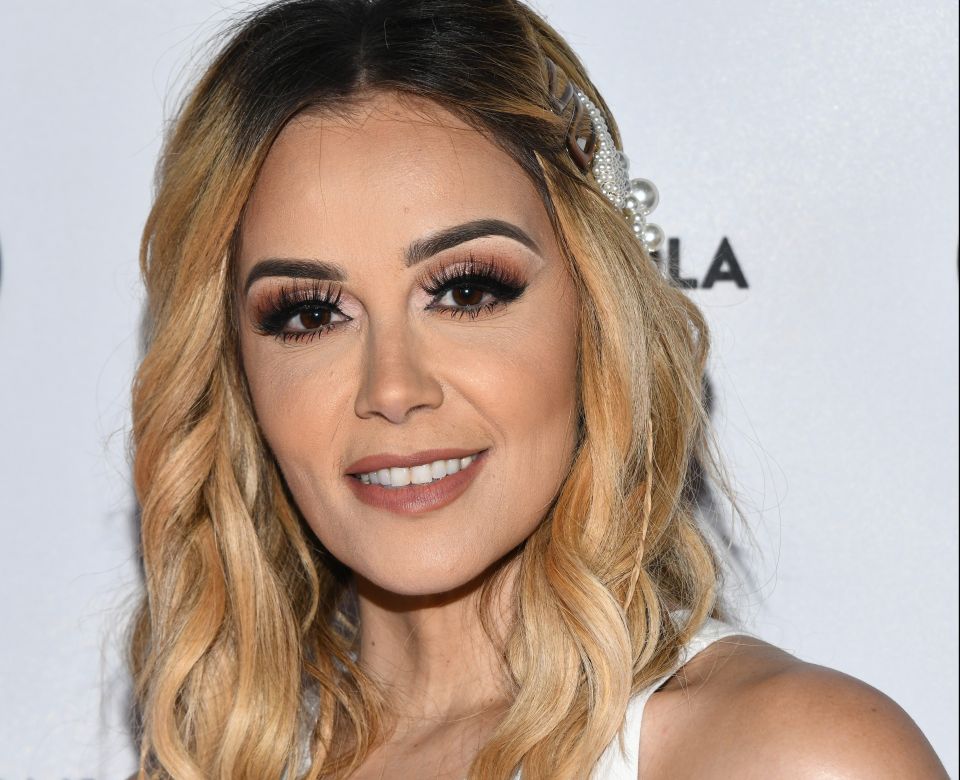 Rosie Rivera, Jenni Rivera’s sister: “I had toxic loyalty to my family”

In the last hours, Gabriel Soto became a trend on Twitter after leaking an intimate video of the actor. Although in the images, only a few seconds long, the face of the man who appears naked in front of the camera is not appreciated, the users of the social network identified him by his tattoos.

The nature of the material is explicit and triggered all kinds of reactions from the public.

Before being deleted by the account that released the material, the clip achieved thousands of “likes” and triggered infinite memes. However, many users also condemned its disclosure, and recalled that the Olimpia Law prohibits in different states of Mexico “exposing, distributing, disseminating, exhibiting, reproducing, transmitting, commercializing, offering, exchanging or sharing intimate sexual content of a person without Your consent”.

This is the latest chapter in a history of controversy that has not stopped growing since the actor divorced Geraldine Bazán in 2017.

In the last three years, the protagonist of A refuge for love has been jumping from one controversy to another. Just a month ago, Twitter’s outrage erupted after attending a mass wedding in Cancun in the middle of the COVID-19 pandemic.

On November 20, Soto traveled to the jewel of the Mexican Caribbean along with his girlfriend, Irina Baeva , to attend the spectacular marriage of Michel Escalle and Odalis Gómez Millar, daughter of the renowned boxing promoter Pepe Gómez.

In the videos posted by the bride and groom on Instagram, it can be seen that during the celebration most of the guests did not wear face masks for long periods of time, and the healthy distance was not respected.

The ceremony took place in a chapel which was attended by dozens of people. And after this, a banquet was held in style, with a large stage where the guests danced to the sound of samba, or to the rhythm of Mexican musicians, such as Lorenzo Méndez.

In the photographs, Baeva and Soto posed without masks. The event went viral on social media, and the couple received a storm of criticism for their irresponsibility. Upon returning to Mexico City, they fought back, but their words caused even more anger.

“Well yeah, we went to a wedding but there have been weddings all the time. There are many people who have married. She was the daughter of a very important boxing promoter. All security measures were carried out. There was a sanitation booth outside, where each of the guests had to pass, ”said the famous.

“As Gabriel says well, it is no longer time to see who does take care of himself, who does not take care of himself. I believe that it is the responsibility of each one, we are already adult people. We know perfectly well how an event of a magnitude has to be carried out ”, added the Russian actress.

Before this episode, the protagonist of Single with Daughters had already been involved in a controversy for breaking the quarantine, and traveling to Acapulco . It happened in April, when the pandemic had already knocked out the world.

Despite the fact that the actor spoke on numerous occasions about the importance of staying home, he went to the beach, and a magazine published images in which he appeared with Irina Baeva in a shopping plaza and in a restaurant.

The reaction of social networks and the media was immediate, and Gabriel Soto defended himself again. In a talk with journalist Lucho Borrego, from the Suelta la Sopa program , he said that the accusations had been unfair.

“He tells me that he is one of the most careful people with this issue since it started, for a long time. That day he had a problem with his cell phone, the mechanism he has to communicate with his daughters, ”Borrego said.

According to the famous defender, he was forced to leave the hotel to repair the phone.

“I went to what I had to do and returned home. It’s unfair, ”he said.

In addition to the controversies he experienced during the health crisis, Gabriel Soto has starred in endless scandals over his love affair with Irina Baeva. A romance that would have started as an affair, and that supposedly led the Mexican artist to divorce his ex-wife, Geraldine Bazán, unleashing one of the most cumbersome chapters for the actor’s image.

His scandalous divorce from Geraldine Bazán

Geraldine Bazán and Gabriel Soto seemed one of the most stable couples in the entertainment world in Mexico. Although they had faced some estrangements, they were united and ready to continue with their love story, which had resulted in two daughters.

However, in October 2017 it became known that the famous soap opera heartthrob no longer lived in the same house as his wife. It was just the beginning of a long drama that has so far captured the attention of the pink press in the country.

Weeks after the breakup was confirmed, the name of the Russian actress Irina Baeva began to float in the air as the alleged cause of the separation of the actors.

She and Gabriel Soto had worked together, months before, on the soap opera Vino el amor and later they were the protagonists of the play Why do men love the cabr ** s? .

The versions of an infidelity of Gabriel Soto were increasing as the months passed, although none of those involved confirmed it.

In October 2018, the marriage divorced permanently, and the actor and the Russian star did not take long to confirm the rumor that had been haunting them for a year.

The actors had a romance and made it clear with the posts they made at the end of 2019 on Instagram celebrating their union.

Irina Baeva was singled out as the third in contention and reached a point where she closed the comments on her Instagram account so as not to receive more criticism or insults.

In the midst of the turbulence that their relationship generated, Baeva and Soto decided to offer an interview for the magazine ¡Hola! in February of this year, where they narrated their love story.

But Geraldine reacted in a way few imagined. As never before, the actress not only confirmed that Soto was unfaithful to Irina, but also offered details of how she found out about her husband’s relationship with the Russian actress and how she made posts on networks to hurt her and make it clear that she was with her husband.

According to Geraldine, when she confronted Soto about her relationship with Irina, he told her: “It’s just a consolation, I see her from time to time.”

Irina then published a statement in which she said that she preferred to focus on her work and that “no one has the absolute truth … If at this moment this situation points to me as ‘the bad guy in the story’, with her head held high it is accepted , without blaming third parties. I fully trust that time and life will put things in their place without needing to be labeled as the victim or the executioner ”.

In the midst of the scandal that broke out, the actor mentioned about the mother of his daughters: “Dirty dishes are washed at home. It is his version, very respectable; but obviously he does not give some details that I think he does not give at his convenience ”.

At the same time, he declared that he was very happy with Irina and it seemed that the dispute between the three was over, but last September Irina Baeva uploaded a video to YouTube, of a talk she made about female empowerment, and there she shared some details of the romance with Soto, for which it was labeled “easy.”

“I fell in love with a separated man, who honestly told me that the only thing that united him with his partner, with his ex-partner, was a role. So we both decided to start a relationship. “

Geraldine reacted to that video and pointed out to the media that Irina was only confirming what she had said: that there was an infidelity.

“As adults there comes a time in life when we have to take responsibility for our actions and the consequences of these, so to begin with, I think she is very poorly advised, but what does that matter to me, right?” .