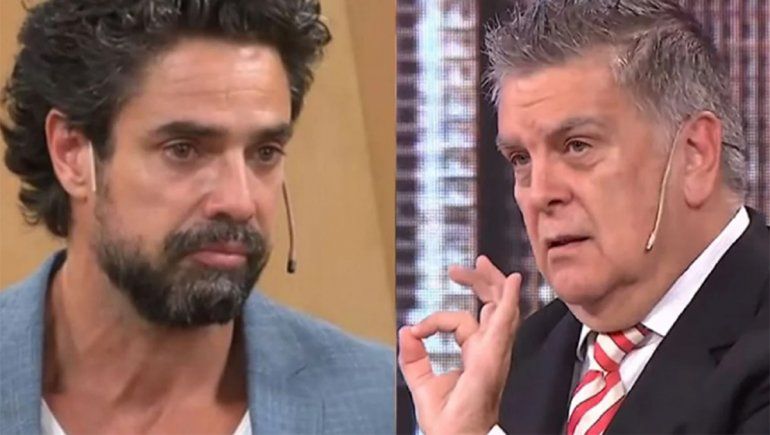 Luciano Castro Confronted Luis Ventura and the Journalist Had to Apologize

The always controversial Laura Bozzo has monopolized the headlines of various media due to the legal problems she faces after being accused of tax evasion for the sale of a seized property at an approximate cost of 12 million pesos.

However, a few days ago a judge suspended the arrest warrant against her and announced that she will return to television.

And it is that the driver of Peruvian origin will seek to solve the pending problems she has with the justice of Mexico and hopes to straighten out her path. Although her whereabouts are still unknown, the host of “Laura in America” ​​has not yet given more details about her new program; However, some pending issues such as their mansions have come to light again.

The return of “Miss Laura” to the screens of Mexico has once again put on the table the luxurious lifestyle that she has, images of some objects such as jewelry, bags and trips have returned to circulate through networks. But there is a topic that is of greater interest to her followers regarding his luxurious mansions. Therefore, we tell you what the houses of the television host are like in Acapulco and CDMX.

As you read, Laura Bozzo has a penthouse located on the shores of the Port of Acapulco in the state of Guerrero. This property is one of those that has caused the most controversy since it would have an approximate value of 11 million pesos, according to TVNotas magazine. Also, some media indicate that the television host would have hidden in this property, but the information has not been confirmed.

Laura Bozzo has been seen on several occasions in the controversial penthouse through her social networks. The driver has photos and videos where she realizes the luxuries that the property has, such as a terrace overlooking the beach, a pool, rooms for her guests, paintings and objects with which she decorates their houses and that would be valued at significant sums of money.

Laura Bozzo’s apartment is located in one of the most exclusive areas of the City of Mexico and has a privileged view. The Peruvian lawyer made this property known in 2019 for People en Español magazine and during the tour an image of the Virgin of Guadalupe was appreciated, as well as her own gym and an extensive wardrobe could not be missing.

The driver’s clothing is from recognized brands, as are her dozens of pairs of shoes. Meanwhile, some media indicate that properties in Acapulco and CDMX would not be the only ones that the driver would have, as they assure that she has houses in Miami and in the State of Mexico. Although there is no proof of these goods, they assure that they would be extremely luxurious.

This Monday, November 22, Laura Bozzo reported through her official Twitter account that she met all the requirements imposed by the authorities to permanently suspend her arrest warrant, in addition, she indicated that she personally went to court to pay what was requested and for The latter announced that he will offer a press conference and an interview with journalist Ciro Gómez Leyva to present some evidence on his case.

“Announcement: Today we were notified of the definitive suspension of my arrest warrant for having concluded with the requirements imposed by the judge. I went to court and what was requested was paid. Very grateful to Dr. Diego Ruiz Duran and his team”, published the television host on her social networks.